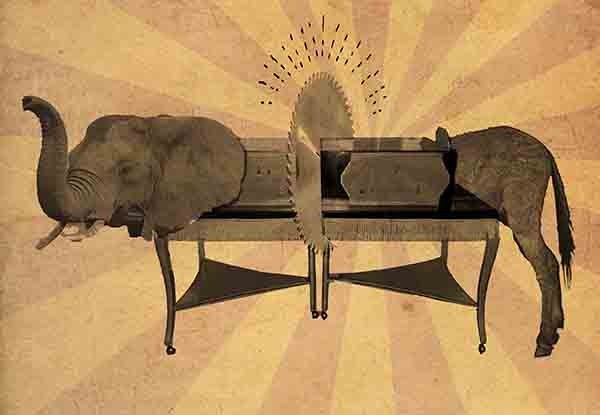 The Independent Party of Oregon has become the first major party in the state, outside of the Democratic and Republican parties, Secretary of State Kate Brown announced today.

As of February 2, the state determined that the party had reached the necessary threshold to qualify—membership exceeding 5 percent of the state's population. As a major party, the Independent Party will be able to hold primary elections and will also be required to endorse only candidates that belong to their party, instead of piggybacking on mainstream candidates. The party may oppose this latter requirement.

There has been some skepticism of the significance of the recognition. No other third party has achieved major party status in Oregon, but some (including the Eugene Register Guard's editorial board) say it only reached that rather low bar because voters signed up on accident, intending to declare themselves unaffiliated.

In the chicken-egg cycle of politics, will the legitimization of the Independent Party lead more people to join? Central Oregonians are increasingly walking down the middle of the political road, and the Independent Party currently seems to straddle conventional party lines—counting among its members liberals, moderates and conservatives. Would you consider joining the newly minted major party? Take our poll and sound off in the comments.