In honor of Women's History Month, BendFilm and Scalehouse have partnered up to bring a festival of films made by women and about women. The mini-fest happens March 12 to 16, with screenings at the Tower Theatre, Tin Pan Theater and McMenamins. The short festival will also include panel discussions with local athletes and artists.

Including in the screening is "Clemency," directed by Chinonye Chukwu. The film won the U.S. Dramatic Grand Jury Prize at Sundance in 2019, making Chukwu the first black woman to ever win the award. Also featured is the film, "No Man's Land," showcasing the amazing athletic feats of women all over the world. There will also be a showcase of the best women-focused shorts that screened at BendFilm last year.

BendFilm has been a huge champion of women's films in the last few years, and this new festival is a revelation of sorts. Consider that in the 90-year history of the Academy Awards only five women have been nominated for the best director, with only one winning. And yet, here is a whole festival showcasing women's amazing work in front of and behind the camera. Bravo.

Trashformations is back and is looking for artists to join in the one-day live art-making event.

The event started years ago at the now-defunct Pakit, gathering artists together before dawn and often hosting them late into the night, as they made giant creations from discarded materials including metal, wood, old encyclopedias and more. Visitors participated by watching the artists work. 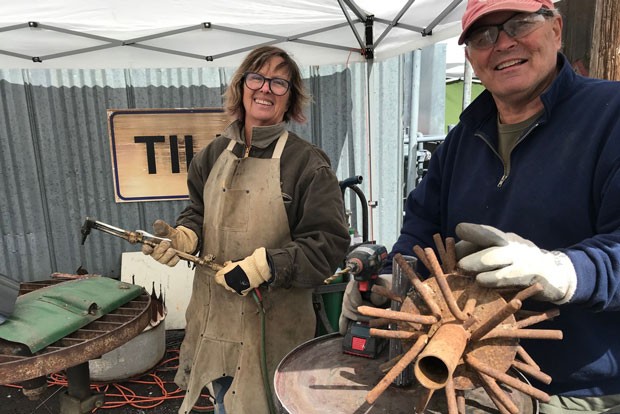 Now the event is part of Bend ReStore's Upcycle Festival to kick off Earth Month. Artists get one day and free rein of all discarded/used materials available at ReStore of Bend to build fantastical creations. The work is then sold and proceeds go to the Bend-Redmond Habitat for Humanity.

I am not one to suggest any artists do anything for free and yet, I feel compelled to get the word out about this gem of an event. Even though it has changed hands over the years, its soul is still the same, calling to the local community to collaborate and create while rethinking waste.

For the last 20 years, I have been working as an artist and an educator. Some days I am better at one than the other. The good days are when I am excellent at both simultaneously. I love those days. I teach a variety of mediums– painting, drawing, photography, writing, film making. Mostly what I teach is how to...
Read More about Teafly Peterson