We humans evolved to have a built-in accounting team 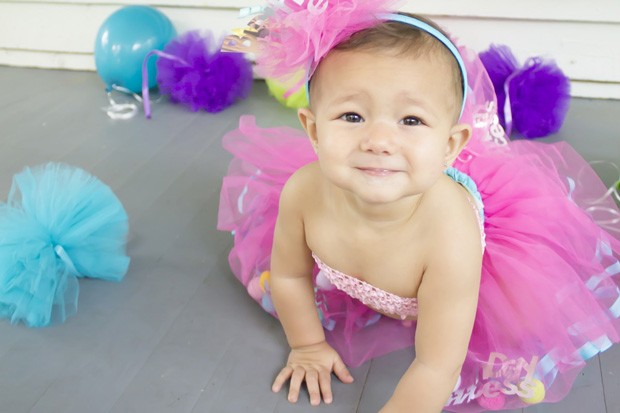 My husband and I attended his niece's wedding two years ago. Our gift was money earmarked to pay for their honeymoon. We were miffed that we never got either a thank-you note or any word that they'd actually used the money for a honeymoon. We recently got a note that they're expecting their first child. We sent a nice card but no gift, as we never got any response for our wedding gift. Yesterday, a custom card came in the mail, belatedly thanking us for our generous gift and telling us about their honeymoon. We suspect that they're realizing that wedding guests who didn't get thank-you notes are holding back on gift-giving for the baby. Should we buy them a baby gift, or should this be a time for tough love?

Sounds like you've discovered the gift-seeking couple version of the dude who abruptly stops returning a woman's texts, only to resurface weeks later at booty o'clock — texting the 12:31 a.m. "Hey, whatchu doin'?"

Understandably, you and your husband weren't hot to seize the opportunity to go unthanked for another extravagant gift. Your reticence to fork over again to the unappreciative duo has a centuries and centuries-long history, coming out of the evolutionary need to distinguish cooperators from cheaters and freeloaders. Ancestral humans who let themselves get ripped off constantly would've had less access to vital resources like food and shelter, making them more likely to starve to death or become brunch for some wild animal and wind up genetic dead ends.

We humans evolved to have a built-in accounting team — our drive for reciprocity, for fairness in what we give and get in return. Our emotions are reciprocity's worker bees, putting out feelbad (in the form of anger, resentment, humiliation, or sadness) when we get scammed. We're motivated to rid ourselves of those rotten feelings, which we do by trying to right the balance or at least avoid getting scammed again.

That said, in close relationships, we aren't looking for 50/50 reciprocity like in business. In this case, for example, a 55-cent first-class stamp on a thank you card would've done the job.

In other words, you're ultimately reacting to a lack of gratitude — an emotion more vital to human connection than it gets credit for. Gratitude (in response to somebody's generosity) is an important display of what evolutionary psychologist Julian Lim and his colleagues call "social valuation": how much another person values our well-being. Their showing high valuation of our interests is ultimately a form of social insurance — a sign that when the chips are down, they're more likely to be there for us.

When people don't seem to value our well-being highly enough, we get angry — as you two did. I wrote in a recent column, referencing the work of evolutionary psychologist Aaron Sell, that anger is a "recalibrational emotion": an emotion that evolved to influence our own behavior as well as someone else's. Anger does its work through imposing costs — like scaring people at the prospect of you going all crazypants on them — and/or withdrawing benefits (in this case, future giftiepoos.)

Complicating matters, parents of some or many millennials haven't hammered them on the importance of thank-you notes the way parents (and grandparents) did with previous generations. Also, many millennials view writing messages in ink on paper and putting them in the mail as an exotic ancient practice, like paying cash or having a CD collection.

Granted, in this instance, you don't say you required a thank-you on monogrammed card stock. You were just looking for a little acknowledgment, a little connection with the newlyweds, like a texted picture or two from their honeymoon, maybe with a "Thanks for this awesome love-cation." That's not exactly unreasonable.

But to view these two more charitably, you might want to consider the effects of millennial culture. Culture is, simply put, what lots of people in a group do. Cultural attitudes are contagious, meaning they spread from person to person. In other words, the millennial cultural environment may contribute to good and kind nieces and their new husbands shrugging off rituals important to human psychology and coming off as rotten little ingrates.

Consider that they did ultimately end up thanking you — albeit belatedly. Taking the cynical view, maybe they just wanted baby loot. But if you believe they may have learned their lesson, you might be inspired to take a chance — splurge on that crib with the attached day spa, the Tesla of baby strollers, or robo-siblings to tide the kid over until Mommy and Daddy make human ones for him to blame and terrorize.