Insects: They're not all 'bad' | Natural World | Bend | The Source Weekly - Bend, Oregon

Insects: They're not all 'bad'

Enjoy learning what's going on as insects do things for, and to, us

Not too long ago I went on a rampage about birds being one of the best helpers in our "battle with insects." I fear I've left people with the impression that all insects are "bad" and that we're in constant peril from ravenous arthropods.

If I left you with that image then I did our six-legged Earth companions a great disservice. Bees, for example—in spite of their painful sting—are far from "bad." The fruit industry cannot get along without their help in pollinating orchards, and all the yummy honey—the byproduct of that buzzing around—makes for even sweeter dividends. By the way, I was a beekeeper for many years, and I loved my bees, but I gave them up when I learned that our local wild bees were in trouble, and that domestic honeybees were out-competing them. 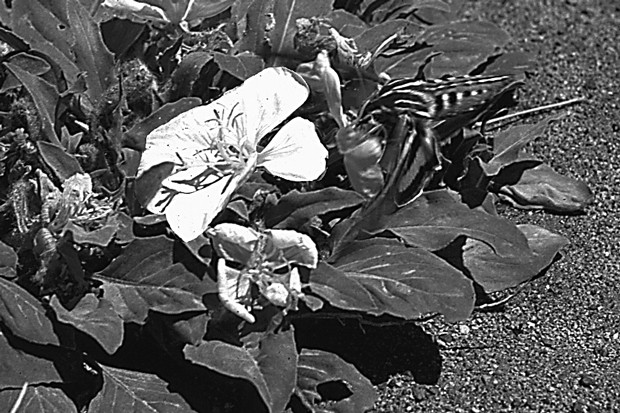 If it weren't for the multitude of insects that share air and space with us, we wouldn't have the plethora of wildflowers that make spring so special here in the shadow of the Cascades, and veggies to eat.

But on the other hand, that beautiful hummingbird moth in the photo here leads a double life, something most insects do—must do. In the adult stage it's a wonderful pollinator, but as a larva, some of them are known as the "Tomato Horn Worm." Yes, they're ravenous tomato vine eaters.

Then there are crickets. If you're spending the night camping at Lava Beds National Monument, or many places east of the Cascades, and can do the math correctly, you can tell the air temperature by counting the chirps. The math formula below will tell you how to make it work.

According to The Old Farmer's Almanac:

"To convert cricket chirps to degrees Fahrenheit: Just count the number of chirps in 14 seconds, then add 40 to get the temperature. The number you get will be an approximation of the outside temperature."

Fly fishermen spend a lot of money and time making fake insects to attract elusive trout. Many fishermen I know look into the bellies of their catch to see what the fish had been eating, and then try to use similar creatures to catch more fish. Some of these hard-working addicts keep their fish and eat them, while others—thankfully—place them back in the stream or lake for another day.

I can recall talking to a new resident of Sunriver years back when I was the naturalist for the resort. My calling was to cultivate a positive attitude among residents, guests and employees for natural things of Sunriver. This particular homeowner complained about every insect that flew past her lights at night, certain they were all "pests."

If it weren’t for the multitude of insects that share air and space with us, we wouldn’t have the plethora of wildflowers that make spring so special here in the shadow of the Cascades. tweet this

I attempted to convince the women that it was best for Sunriver — and her health — not to pick up a can of Raid, or some other poison, and try and kill every insect she saw.

I also pointed out that wasps are significant predators of harmful insects, and many of the big wood-boring beetles are important food for woodpeckers, especially the magnificent Pileated woodpecker of the high-country forests, and the beautiful White-headed Woodpecker.

Then the mosquitoes hit and that woman was all over me like a dirty shirt! She wailed and complained to the point where she about drove me nuts. During one of her fervent whining episodes she shrieked, "What good are they?" I was so frustrated that I retorted, "What good are you, actually?"

Sure mosquitoes get under your skin—well, not really, that's just a figure of speech. The females suck your blood, actually, while the males are flower pollinators. But when a mosquito larva comes near a fish, the larva is toast, while nighthawks, swallows and bats consume tons and tons of adult mosquitoes.

Related The Flies Have It: Getting to know your winged friends: One of seven species of parasitic Gymnosomid flies, this one the red-butted variety.Flies are everywhere and no matter what your station is in life,

Look on the bright side: Just about every insect that flies, crawls, swims or walks in this country is someone else's dinner.

When I spent time with the Aboriginal people in Australia I was impressed with how the children enjoyed toasting thumb-sized wood-boring beetle larva over a fire and slurping them down like marshmallows. I tried it once, but I wasn't hungry enough to enjoy the experience, or repeat it, much to the children's delight. Just before they popped a big grub in their mouth they'd shout, "Hey, Jim! Look!" It was enough to gag a maggot.

Now that I remember, though, I did fry up a bunch of gnats one time—that I caught while flying over Crane Prairie doing an osprey survey—and they were pretty good fried in butter; they tasted a little like honey-roasted pecans.

Now I'm content to spend my time watching—and enjoying—the fascinating interactions between insects, people and the results of humans being curious and tolerant of it all. The world is one great big textbook; all we have to do is pay attention and enjoy learning what's going on as insects do things for and to us.

But now I'm wondering how chocolate-covered grasshoppers will taste, or one of those emerging cicadas. Maybe I'm missing something. ...