Inside a Grow Op | The Leaflet | Bend | The Source Weekly - Bend, Oregon

Inside a Grow Op

Bend's beer and cannabis cultures may seem like they're centered in the dispensaries and taprooms dotted around town—but those in the industry know that the real action takes place in the city's "buds and suds" district. Tucked into an industrial sector of northeast Bend are the low-key buildings that house the baby plants that will one day become monster buds for a host of local shops, along with the multitudinous bags of malt and barley that will soon become the beer that makes Beer Town, USA, so famous.

While nefarious operators turn to far-flung portions of Central Oregon to grow illegal weed for not-legal markets, legal operators can set up shop right in the heart of town. If you've ever wondered what it's like inside a legal weed grow, this is your chance to take a look. The team over at Tokyo Starfish recently gave me a tour of its grow operation, right in the heart of Bend's not-so-famous Buds and Suds district. 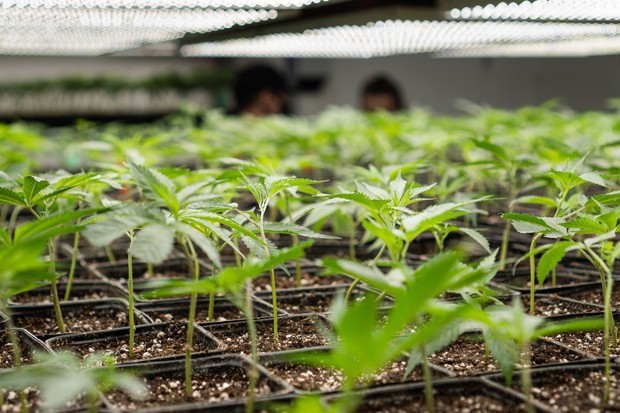 The first room on the tour is the nursery, where larger "mother" plants are grown to supply plenty of clones. While people in the cannabis industry will debate the merits of one growing system or another, Tokyo Starfish's head grower Patrick Bernard is an evangelist for the more traditional method: plants grown in soil, which fosters a better flavor, Bernard says.

What's his favorite strain right now, I ask him as I look over the list of the 22 strains this grow op currently has in cultivation.

"Purple Icewater," he said. "The final product is beautiful. It's an easy grow, it checks all the boxes—tests well, grows well, tastes amazing." What's beautiful about it? I ask. "The bud structure, the leaf-to-bud ratio, trichome production... it just really sparkles," Bernard says. The trichome density—the number and size of the crystals on each bud—is what really jazzes customers, too, Bernard explains. People also love colorful buds; purple and shades of green, for example. The smell is important, too. If a customer really likes the smell of a certain bud, chances are they're going to enjoy its effects as well, Bernard said.

Some years ago, sodium halide lights were the name of the game in indoor marijuana-growing. These days, LEDs are more of the standard, using up less energy to operate and requiring far less in the way of fans to keep buildings cool. Tokyo Starfish uses LEDs in all stages of its grow operation. 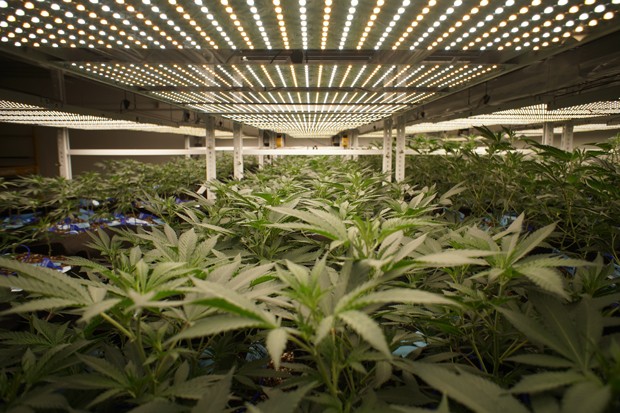 Tokyo Starfish's operation includes roughly 15,000 plants—a good portion of them occupying the "veg room," where plants are cultivated to a certain size before they're moved and encouraged to flower. About 25 to 30% of the marijuana flower sold at Tokyo Starfish's four dispensaries (three in Bend, one in Salem) comes from the in-house grows. Not long ago, Tokyo Starfish shifted from using a series of organic fertilizers and soil amendments—added at various times throughout the grow cycle—to using "amended organic living soil" that requires about 30% less labor.

While some might imagine a marijuana plant in full bloom to be giant, with massive buds pouring out of every crevice, Bernard and his team take a different approach. Inside the flowering room—cloaked in darkness upon my visit, as the plants get a diminishing amount of light in order to be encouraged to flower—are stacks and rows of plants of between 1 and 3 feet high. Bernard doesn't go for big plants, but compact ones that can save space and allow the plants to produce one—or a few—choice buds per plant. 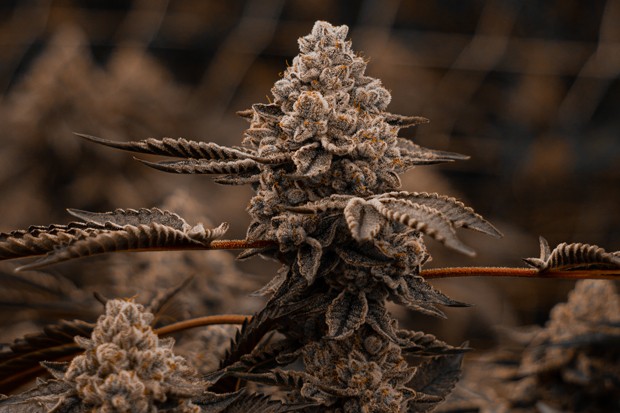 With four dispensaries to stock, there's always a need for fresh flower. With that in mind, the team harvests some of its plants every week. Inside the room containing the plants nearing harvest are more stacks and rows of plants, all in four varying stages of progress. Harvesting about four rows per week makes for an even workload for the crew, and an even delivery of product out into the world.

Which rooms smells the sweetest, the harvest room or the drying room? It's hard to say, but in the drying room, plants first get hung upside down, then get placed in drums for more drying. Unlike other portions of the state, where rain falls a majority of the year, Central Oregon growers don't have as many concerns with mold or mildew. What they do face, however, is a race to ensure the bud they've just crafted gets to the consumer before it gets overly dry. Each crop has to be lab-tested for THC content, residual chemicals and other stuff before it heads to the dispensary, so while it's lying around, awaiting its test results, each of the drums—and the jars that the product ends up in—also get packed with a moisture packet.


After all of the love and care and work that went into creating it, the last thing people want during the final stage of the process is a coughing fit.