A tour of Caldera High School set to open to students Sept. 8

Bend-La Pine Schools' Caldera High School on Bend's south side is the first new high school to open in the district in two decades. Ninth and 10th graders will occupy the school in the first year, with one grade level added in the two subsequent years. The school includes 60 new classrooms and a 600-seat auditorium. Above, center photo, is a bilingual poem, in Spanish and English, adorning a school stairway. Among the student body will be the district's Dual Immersion students, who learn in both English and Spanish.

Caldera student athletes are dubbed "The Wolfpack." Some Caldera teams will compete at only the junior varsity level this year, while others will have varsity-level athletics in year one. The school's football team, which will play on the field seen at left, will start at a JV level this academic year. 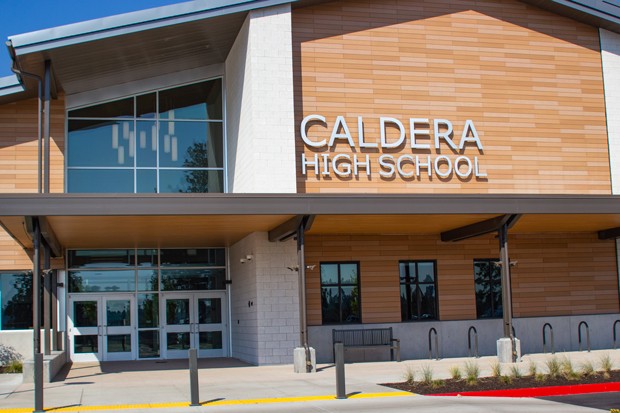 A New High School Naming Committee selected the name Caldera in March 2020, choosing from a host of names suggested through an online community survey. Caldera Principal Chris Boyd, who was selected for the job in 2019 after serving as principal for Pacific Crest Middle School, is placing a special focus on "purpose" and "belonging" as the school opens its doors. Career and technical education programs at Caldera include health sciences, construction, entrepreneurship, engineering and design and the arts. 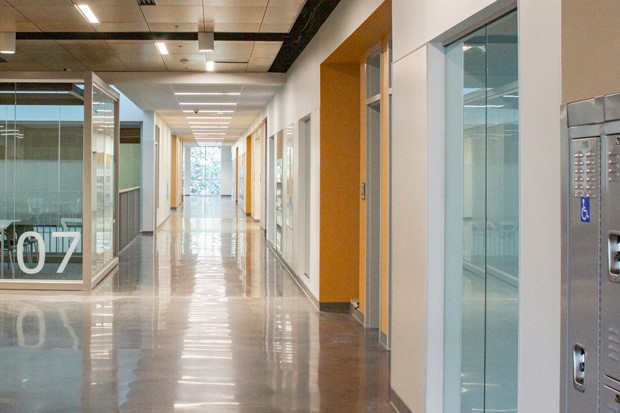 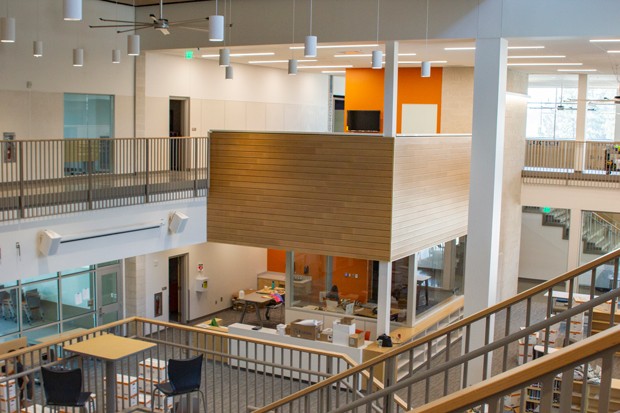 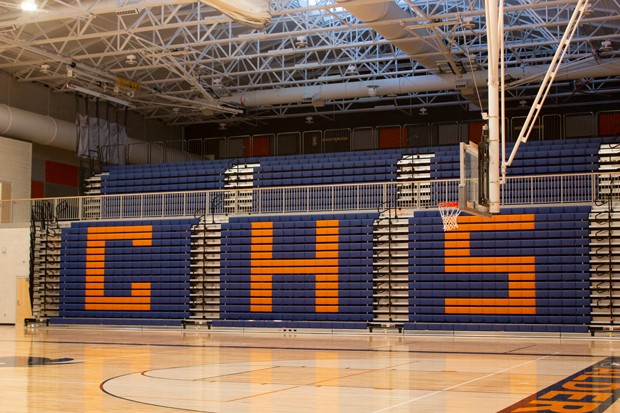