Inside Our Endorsement Interviews | The Source Weekly - Bend, Oregon

Inside Our Endorsement Interviews

The Source's "My View" video series interviews local political candidates one-on-one, ahead of the 2020 election. Below are excerpts from our conversations.

The following excerpts have been edited lightly for clarity. 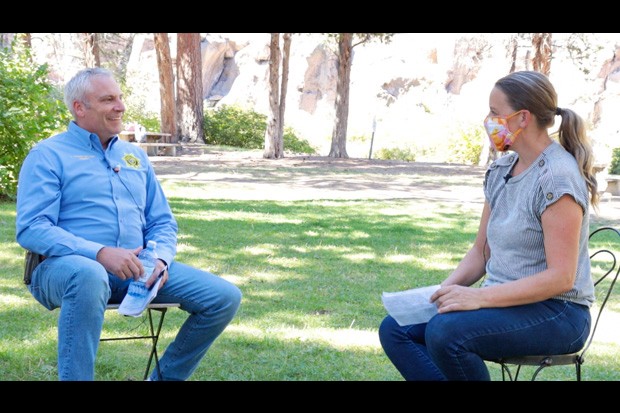 Source Weekly: What's your take on the notion of defunding the police—which really has evolved into a more detailed conversation around a reallocation of resources?


Shane Nelson: Let me start by saying there's a lot of fine women and men that serve in the law enforcement profession—nearly a million across the country. I can speak about our office and I will tell folks, you will have bad apples in every bunch. I don't care what business you're in. So, I'll start off by saying it's important to be a nation of laws. It's important to follow the law—and that's a critical component to maintaining order when you talk about defunding the police. I'm not familiar with these communities where we've had national incidents and can only speak in relation to our office, but questions I have when things like that happen: What was their relationship with their community beforehand? I talked about our great Sheriff's Office relationship with the 200,000 bosses. We serve in this community, and that's the hard work from the women and men that I work with that are maintaining that relationship. So, if you already have a reputation or a relationship for doing the right thing at the right time for the right reasons and being fair and utilizing discretion where you need to enforce the law and do what's best for the community, that buys you a lot of credibility for when you do have a stump or you do make a mistake.

SW: There's been some talk around body cams for the sheriff's office. As I understand it, there might be some resistance to having those introduced in your office. Tell me your approach.

It's always been about cost and balancing the effective outcome of it. So, I think there's some great pros to having body cams. And as matter fact if they were free, we would have had them a few years ago. It's just one of those investment pieces where that's a lot of our bosses' taxpayer money and we try and be cautious with that.

SW: We've had some recent activity with Immigration and Customs Enforcement in Bend. Share your overall perspective on sanctuary law in Oregon.

SN: I'm not a federal law enforcement officer. I don't enforce federal law. Neither does our Sheriff's Office. We operate within Oregon law as we go through our interactions with Immigration and Customs Enforcement. I'll tell you ICE is a key law enforcement partner. Our federal partners are someone that we want to make sure we maintain communication with because they may be aware of a public safety issue that I'm not—and so as we operate within the bounds of the law, we do report foreign-born citizens as well as make sure foreign-born citizens get their lawfully deserved connection with their consulate of their country of origin.

Our only nexus with ICE comes through the jail. So, it's an individual who has either been arrested on a warrant or has been arrested for probable cause to commit a crime, and probable cause is a standard that I mean—more likely than not, that crime was committed, even though it remains an allegation. At the end of the day, for me, it's about public safety and I cannot even imagine what it must be like for families to lose a family member. But we go about things the right way and we follow the law in our attempts to get there.

SW: So I just want to unpack this just a tiny bit. So, the Sheriff's Office, through the jail, is sending a daily report to ICE regarding foreign-born citizens?

SN: Yes, we report foreign-born citizens in our custody.

SW: And in that is a voluntary action on behalf of the Sheriff's Office, correct?

SN: That's a voluntary action on behalf of our office. It does abide by Oregon law and it's something that I want to do in the interest of public safety. I want to make sure our federal partners know who we have in our custody because they may be working on something. 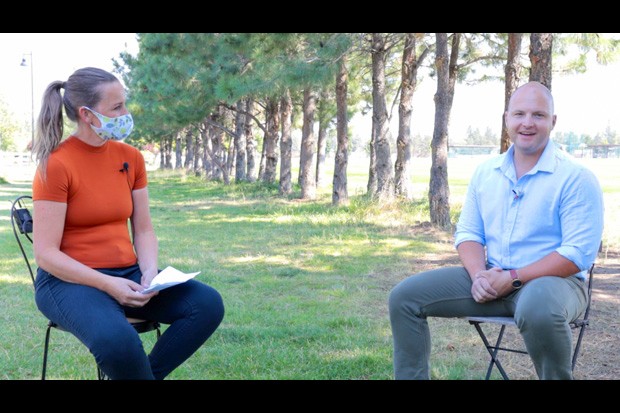 Source Weekly: Tell people why you're running for Sheriff.


Scott Schaier: My family and I, we've been here for the last seven years. And in that time what I've noticed and then what I've just learned from my experience being here is the culture of the Sheriff's Office is just completely broken—and I feel like it's been like that for quite some time. For those of you who may or may not know, we haven't had an outside-of-the-Sheriff's Office sheriff in our community in almost 20 years now, and I think it's very important that we give ourselves the opportunity to think outside the box and approach things from just a different perspective.

I'm looking to be the sheriff who becomes the accessible sheriff to our community, who answers to every constituent within our entire county—not just the ones that make it convenient or easy to talk to for myself. I want to bring innovation and technology to the Sheriff's Office. They're operating with systems that are dated back to the 1980s, and I think it's just not fair to the community to have that burden when the most amazing technology in our profession exists today that it makes us more efficient, more fiscally responsible and just better able to serve the community. And then I think that there's a disconnect between what law enforcement currently is—as a society the way that we view things, and I think it's time that we renegotiate the social contract and see how we do things differently in law enforcement and give back to the community in ways that we've never attempted before.

SW: What's your take on the reallocation of resources at the root of the "defund the police" conversation?

SS: I believe there's this misconception that defunding the police means we're going to get rid of law enforcement. What our law enforcement members at the Sheriff's Office and every other agency in our county do for our community is incredible. They're amazing.

My stance on the concept of reallocating funding—I support the idea because law enforcement over the last few decades has been expected to fix all of society's problems, and it's unrealistic and it's not sustainable.

SW: The last one is the painful one, perhaps. There was an incident involving you and the fatal shooting [of Tyler Jacques in downtown Bend]. Anything you want to comment upon?

SS: It was without question a complete tragedy. It was the most tragic day I will ever experience. It's the most tragic day that Mr. Jacques' family will ever experience, and it's something that our community is continuously having to talk about and deal with. I think my experience actually going through that— it led to two different thoughts. One, the way that we as law enforcement officers respond to people who are suffering from addiction, suffering from mental health concerns needs to be addressed. We have to better partner with other social communities or social service communities because I truly believe that if Mr. Jacques was given the proper service and the resources to be successful, his stars and my stars would never have aligned that night. It's something that I will always live with—something I think about on a daily basis, as well as his family.