As defunding looms, we look inside our local clinic 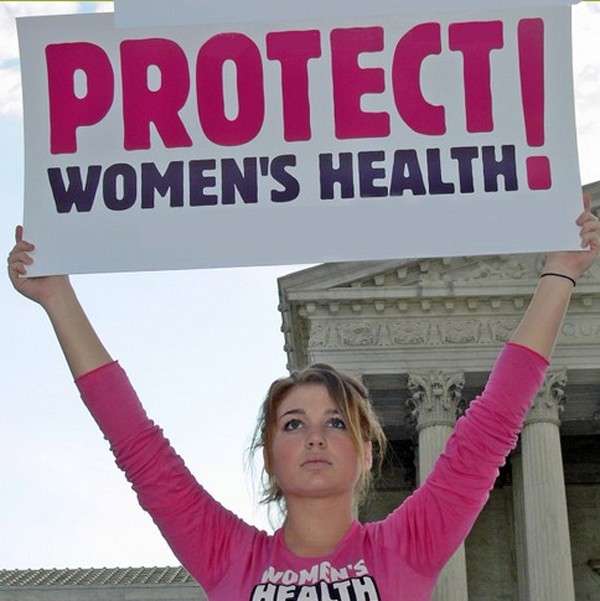 Every Thursday, a group of demonstrators stand on a sidewalk on Bend's NE Division Street, holding signs in protest of the Planned Parenthood clinic tucked inside a strip mall's corner suite. For PP staff, the Thursday protests are par for the course.

On April 13, the president signed legislation that would allow states to withhold family planning funds from clinics that provide abortion services—an action that puts federal Planned Parenthood funding in peril. Then Tuesday, the president named anti-abortion activist Teresa Manning as head of Title X, the program providing family planning funds for low-income people, according to the Washington Post.

Source Weekly: What goes on at the Bend Planned Parenthood?

Tricia Wilder: We see upwards of 7,000 Central Oregonians a year. We are seeing between 600 and 700 patients a month, which breaks down to between 30 and 40 patients a day.

SW: And the clinic just expanded?

Little known fact that a lot of people don't know is two things: one, we do vasectomies here, which is pretty incredible, and the other is that we have just launched limited prenatal care here, which we couldn't be more excited about. tweet this

TW: Our (new) rooms have been open since January, and we were able to do the remodel all with community support. It was 100 percent donations raised in order to add two new exam rooms. We added ultrasound machines. With what goes into the rooms, we were able to buy top-notch electronic beds. It was pretty incredible.

SW: Were donations made on an individual basis or were there groups that decided to throw money in the pot?

TW: Both, is the answer. We did receive some grants along the way as well as private donations, and we were able to raise the funds in a very short period of time as well, which was really — we've never done an ask like that in this community so to see that kind of community support was really incredible. By the time it was all said and done, we had raised over $200,000, which is pretty incredible.

Our primary visit type would be somebody would come here doing their women's annual well check and be looking for a year's worth of birth control supply during that visit. We do a tremendous amount of STI checks as well, that's probably our biggest overall visit numbers in the affiliate.

About 96 percent of what we do is preventative. It's STI treatment, testing and treatment, birth control, annual well exams that include cancer screenings where we're saving lives, pregnancy tests, colposcopies, emergency contraception, HPV vaccines. That's what we're doing all day every day here, and then 4 percent of our services are abortions.

Little known fact that a lot of people don't know is two things: one, we do vasectomies here, which is pretty incredible, and the other is that we have just launched limited prenatal care here, which we couldn't be more excited about.

We support First Amendment rights, and we're lucky that we live in a country where we can do that. There's very prescribed rules. They stay on the sidewalk. They don't interfere with patient access. Sometimes when you're a hidden location like this, they can be your best advertising. And we have people, every day that they're out there, drive in and—it's a good donation day for us and people see them and come in and empty their pockets or write checks. tweet this

In the first 12 weeks it's super important to get in, get started on pre-natal vitamins, have some based testing done with a provider, and in our community it can be challenging sometimes to get in that early because of lack of appointments. St. Charles recently closing their Bend (Center for Women's Health) location has increased that need. We actually partnered with them, and we're referring our patients to the Redmond St. Charles after we see them for that first visit. It's pretty incredible to be in the space that St. Charles and Planned Parenthood are partnering together. It just tells you about the growth of this town.

SW: I've walked by in the past and we see protestors out there sometimes.

TW: We support First Amendment rights, and we're lucky that we live in a country where we can do that. There's very prescribed rules. They stay on the sidewalk. They don't interfere with patient access. Sometimes when you're a hidden location like this, they can be your best advertising. And we have people, every day that they're out there, drive in and—it's a good donation day for us and people see them and come in and empty their pockets or write checks.

SW: I'm not sure if you were at the (Greg) Walden town hall. Someone asked a question about Planned Parenthood, and his response was that the transition away (from PP) would put the funds instead into these several dozen neighborhood health centers which would serve Eastern Oregon, he says better, because it would give access to more rural communities. Knowing that this one is the only one (PP) east of the Cascades, how do you see that affecting things?

TW: Call now. See how long it takes you to get in to Mosaic, which is in all those rural communities he's talking about. twelve weeks? Sixteen weeks? You want a female provider? Twenty weeks? That absolutely is untrue. This community could not absorb the kind of patient volume that we're talking about. With the Affordable Care Act and how generous our state is with contraceptive care, we see the OHP patients, and many health care facilities limit those total patients. Five patients, 10 patients. We're talking about 7000 patient visits a year that we do here that currently could not be absorbed into other health centers. It would limit access to the most vulnerable population in Central Oregon.

SW: What's the standard wait time for an appointment?

TW: I can get you in today, you want a visit?

SW: Liliana, what do you wish that people knew about Planned Parenthood here in Bend?

Liliana Cabrera: What might be a misconception is that the education that we do is limited to just talking about birth control and STDs, and that what we do offer as far as education is this wide variety of information that has to do with relationships and how to communicate around our bodies.

But also consent, which is something that we as adults model for young people. That conversation starting with parents of younger children and then adolescents and then all the way into adulthood are things that I think people aren't necessarily aware that we talk about, because when I am out tabling I hear parents say, "Oh, I don't need you anymore, we did the one talk." It's not a singular talk, it's multiple conversations.

SW: Emily, are there any other health related things that are unique to Central Oregon that you deal with?

Emily Harris-Deutch: We're really lucky here to have some amazing funded programs for people to access, like access to contraception that isn't available in other cities around the state or in other states. We see a lot of people from Burns, eastern Oregon, northeastern Oregon. Some people come to us for discretion, too. We see a fair number of people from the community that come to us for discretion as well because this is a small community.

SW: When you're out in the community and you tell people you work at Planned Parenthood, what kind of reactions do you get?

EHD: I get really good support. I have never had a bad encounter. But, a lot of support and a lot of excitement especially with what has been going on politically, I think a lot of people in this community—the level of support we have seen over the last several months has been pretty amazing. It feels good.