When you think of local government, you don't often picture high school students being part of the decision-making process.

Here in Bend, young adults are showing up and getting involved. Rebecca McCann is one student who decided to be a part of her local government, through the Bend Climate Action Steering Committee. 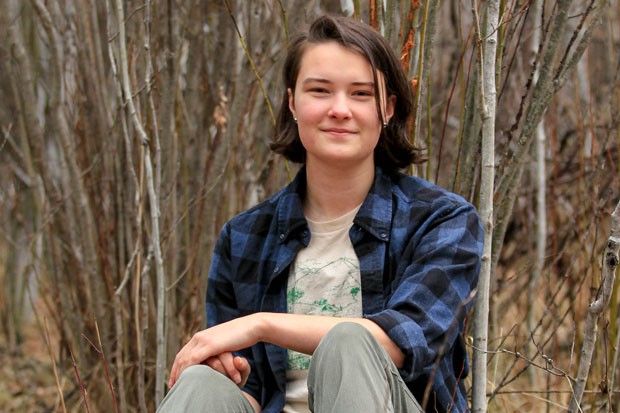 "I saw an ad in the Bulletin, and I applied," she said. "I thought that there was no way they would even respond to me, but they did, and I had an interview with two of the city council members. I was incredibly nervous, and I was sure I would not get the position."

The City Councilors with whom McCann met felt very differently and decided she should fill one of the two youth spots on the committee.

"I was so shocked when I got a letter offering me a place on the committee," McCann said.

McCann, who is currently a freshman at Quest University Canada, joined CACS as a junior while she was attending Bend High School. The other youth seat was filled by Cascade Middle School student Andrew Skidmore.

During her two years on the committee, she learned a lot about how community members can get involved in what happens in Bend.

"I found that there is so much more that community members can do to change local politics than just voting, running for office, or joining a committee," she explained. "So many people's feedback was considered when we were drafting the plan, besides just the survey, even people's comments on online articles were influential."

Because the members of CASC took all opinions seriously, that sometimes meant hearing opinions against the Bend Climate Action Plan. McCann was surprised at the number of negative comments she heard from Bend residents and said that sometimes people made comments based on inaccurate information or said things that just weren't true.

Because of that, McCann has realized that educating people about the effects of climate change, and the Bend Climate Action Plan is even more important than she initially thought.

"I really would like to stress the dire situation that we have created for ourselves, and that we have very little time to make radical change," McCann said. "While there are so many articles and sources on this, I also think it is important to emphasize that the necessary change is possible."

For this to happen, McCann feels like it's important to move beyond protests and into more concrete actions.

"I really appreciate Greta Thunberg and the efforts of other young leaders who are taking initiative and demanding action," McCann said. "However, I am frustrated by the lack of change that has actually occurred as a result of the work of young activists. They seem to generate quite a lot of buzz and attention, but at least in the U.S. that attention doesn't seem to be translating into legislative change at the speed that it should be or on the scale that it needs to be."

Despite that, McCann has hope that things will improve.

"Human ingenuity and capacity to adapt is great, and I am confident that if we could put all of our efforts into combatting and reducing the effect of climate change we could make incredible progress," she said. "Climate policies are so important on all scales, and I would love to see more people pushing for legislation."

While the rest of the country may be moving slowly as a whole when it comes to climate action, the City of Bend is making progress, especially since the City Council passed the Bend Climate Action Plan in November.

"I would love to emphasize that the plan is the result of years of work." McCann said. "So many people put a lot of work into it, many volunteers, because at the core of the CASC is people who really care about the community and the future, and the plan is the manifestation of that desire for positive change."