Invasion of the Giant Bee Snatchers

The Xerces Society, one of the leading worldwide insect conservation organizations, put on a four-hour Bumble Bee Atlas webinar a couple of weeks back. Right in the middle of it, the presenter, Professor Rich Hatfield, paused in his recitation on bumblebees and placed the illustration at right of the Asian giant wasp on the screen, saying:

"This is not one of our local bumblebees, it is the "murder wasp" that's hit the headlines recently. The reason I put this in my program is because I have heard of misinformed people killing our native bumble bees, thinking they are the infamous invader, the Asian Yellow-faced wasp." 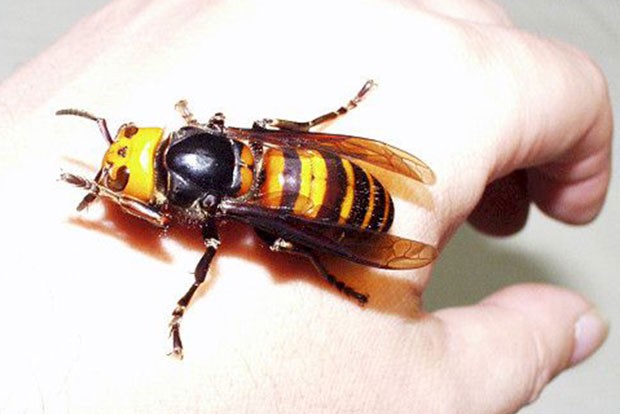 Please, Good People, be sure of what you are killing before you do it. Our native bumblebees are among the most important plant pollinators on this beautiful old Earth we call home. They have enough trouble staying alive without being killed because they are being mistaken for the alien Asian giant wasp.

About 15 of these giant invaders have been observed in the U.S. proper, and that was up near Tacoma, Washington. If a group somehow got trapped in a shipping container in the home range of these giants, and then got loose when they arrived in the Seattle docks, they could have flown to the Tacoma area, but...

Entomologists at Washington State University are looking into the sudden appearance of these giant wasps, Vespa mandarinia. The invaders are as long as a child's little finger, and therefore the world's largest wasps, and because of that, fearsome-looking creatures.

Our native bumblebees are among the most important plant pollinators on this beautiful old Earth we call home. They have enough trouble staying alive without being killed because they are being mistaken for the alien Asian giant wasp. tweet this

They have a sting that can kill humans if stung multiple times, earning their nickname, "murder wasps." Beekeepers in the area of discovery have reported piles of dead bees with their heads ripped off, an alarming sight and apparently the sign of the giant wasp's actions. Obviously, the U.S. doesn't need another factor endangering our native pollinators and the honey business.

These monsters are found in the forests and low mountains of eastern and southeast Asia. They live in dens in the ground (as do our native bumblebees), and feed on large insects, including native wasps and the European honeybees, which they are devastating in Japan. 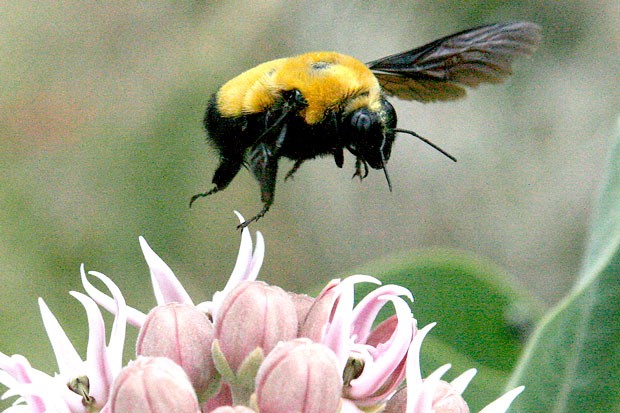 The newest report on the wasp's presence in the U.S. came in at the end of May from the little town of Custer, Washington, near the Canada border. The monstrous insect was found dead and has been reported by WSU to be a mated queen, which to me, as a former beekeeper, spells bad news. She may have come from a colony of her own, or—worst news—she may have come from a colony already spreading out and she was looking for a new place to build a colony. If so, she may have sisters out looking for the same thing.

While they're not usually aggressive toward humans, they can be if provoked, claim WSU scientists. Their stingers are big and painful and inject a potent neurotoxin.

So, what do you do if you spot an Asian giant wasp? I would call our local county health department at 541-322-7400. If the insect is dead or in pieces, please do all you can to obtain the specimen for further study and identification. No matter how loathsome it may appear, please do not dispose of it; save it in a jar.

The last thing we want to see happen is for these huge invaders to get their feet on the ground — literally — and reproduce.