Horror films help my anxiety. Not in a "Boy, at least I'm not getting chased through the woods by a madman with an axe," kind of way, but by inverting my existential dread into something I can see and point a finger at. Some people throw on episodes of "The Office" or "Friends," but my happy place has always been the Universal monster movies from the 1930s and '40s. 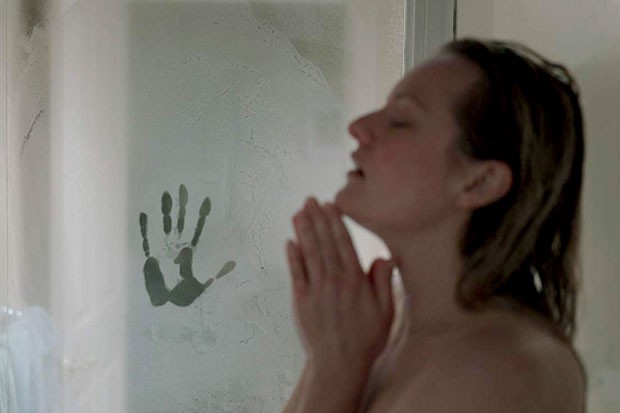 James Whale has always been my personal filmmaking hero for being behind the camera for Boris Karloff's "Frankenstein" and the superior "Bride of Frankenstein," but also the pre-code 1933 production of "The Invisible Man." Along with "The Creature From the Black Lagoon," Tod Browning's "Dracula," "The Mummy" and "The Wolf Man," these black-and- white creatures shaped the person I became and the kind of horror I liked writing about.

It's amazing how little luck the studios have had in continuing to tell stories with these beloved characters. Sure, the "Mummy" movies from the late '90s/early aughts were fun, and there has been some luck here and there with Draculas and Frankensteins, but nothing has ever approached the pure iconic nature of the originals. Universal even tried to take a page from the Marvel handbook by creating a shared cinematic universe for all the monsters (unsubtly titled "Dark Universe"), but Tom Cruise's much-derided "Mummy" remake scrapped that idea for good.

Universal then went back to the drawing board and decided to focus on each monster as a story worth telling on its own, with solid filmmakers and actors shepherding each production. Launching this new direction is "The Invisible Man" (which four years ago was planned as a vehicle for Johnny Depp) starring Elisabeth Moss and written and directed by Leigh Whannell, co-creator of the "Saw" and "Insidious" franchises.

Against all odds, Whannell has a new horror classic on his hands that, decades from now, will stand alongside the other Universal monsters with pride. Two major decisions he made almost single-handedly make this movie as powerful as it is: One, he cast the prodigiously talented Elisabeth Moss as his lead, giving the film prestige before it even opened and two, he focused on the victim instead of the villain, which gives the entire film a horrifically modern twist.

Moss' character Cecilia is being emotionally and physically abused by her boyfriend. In a nerve-jangling opening sequence, she drugs him and escapes their house in the middle of the night. His response? To fake his own death, become invisible (it makes sense, in context) and gaslight Cecilia so everyone in her life thinks she's crazy and unstable.

None of this is fun to watch. It's not entertaining to watch an abused woman desperate for ONE person to look at her and say, "I believe you," and it's not meant to be. My date to the movie was heavily triggered by the storyline. I've talked to several other women who went into the movie expecting a fun horror flick and instead got something closer to "Sleeping with the Enemy." Yes, the sci-fi concept is goofy on the surface, but it never feels ridiculous or generates unintentional laughter. Instead, this is a perfectly calculated horror movie focused exclusively on how a powerful man makes a woman feel invisible and insane and how she goes about getting that power back.

"The Invisible Man" is brutal, bleak and depressing for most of its run time, but Whannell knows when to pull back and give the audience some light in the darkness. There are truly some jaw-dropping sequences in the film, and Moss keeps us with her every step of the way while making all the weirdness of invisibility seem perfectly believable. As much as I loved it, this monster was much too real to help with anxiety.