Altan brings the traditional music of Ireland to the world 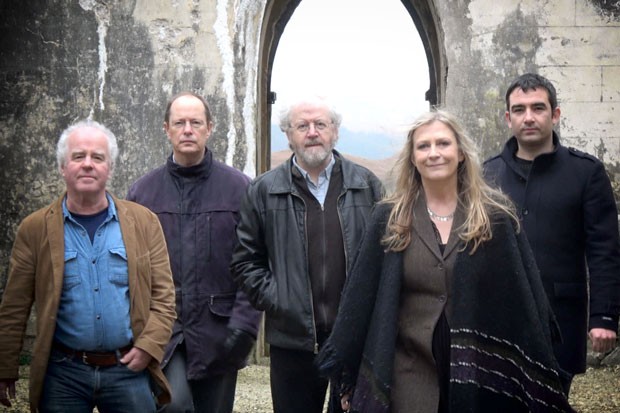 As humans, it could be said that music is our legacy. Altan performs traditional Irish music that ranges from reels and jigs to heartwarming and sensitive old Irish songs. For Altan and founding member Mairéad Ní Mhaonaigh, the traditional music of Ireland is a great heritage that has survived for generations. The band has spread the songs and stories of their heritage from the small town of Donegal to people all across the world.

"In Ireland, here, we're so lucky to have such a great legacy of music and song with great stories behind them," Ní Mhaonaigh says. "The reason they've survived for so long is partially because they have a good, strong melody. I realize more and more how intricate this music is and how deep it is. Every generation puts its own stamp to the tune or the song."

In addition to playing the classic old tunes of their people, Altan and Ní Mhaonaigh create their own original songs in the vein of the traditional style. Ní Mhaonaigh loves "messing about," as she puts it, and making new tunes. People often hear traditional-style songs and don't even realize she wrote the songs herself.

"If you know your music is accepted, that's the biggest compliment you can get," Ní Mhaonaigh says.


"If you meet people through music, it's like having a conversation with them. If you play music with them, you think you've known them all your life." —Mairead Ni Mhaonaigh tweet this

Ní Mhaonaigh, who founded Altan with her husband Frankie Kennedy before his passing in 1994, is regarded as one of the greatest female singers to come out of Ireland. Ní Mhaonaigh's 14-year-old daughter Nia and guitarist Mark Kelly's son Sam performed on the most recent Altan album, continuing the heritage of traditional Irish music within their own families.

"I think it kind of gives them another passport in life and it's really important," Ní Mhaonaigh says of children learning to play music at a young age. "Now, she's a teenager, she's made friends through music, all her friends are musical. It's a healthy way to be."

"It's just like any good conversation," Ní Mhaonaigh says. "If you meet people through music, it's like having a conversation with them. If you play music with them, you think you've known them all your life. I love jamming with people, especially new musicians."

Ní Mhaonaigh and Altan have been performing across the globe for more than 30 years, visiting every place you can imagine, from Donegal to Japan to Sisters, Ore. Over the years, the band has made many friends in the United States. Coming from a small town in Ireland, where she still lives, Ní Mhaonaigh loves all of the choices available in the U.S.

"I love the idea of going out anytime of day or night and having a meal," Ní Mhaonaigh says. "The choice is amazing. Living back in Donegal, we don't have many choices. You leave choices behind when you go home and you won't get your ethnic meals down the road. When I go to America, I love trying out the new flavors of food and we enjoy eating together as a band. That's one of the nice things during the day, we can converse and nearly feel half at home."

After a performance in Sisters, Altan continues touring the world with a busy year ahead. They'll head back to the U.S. in September and then on to the U.K., France and Japan. They'll stay busy through the end of the year, all the while thinking about the next album and how they can expand their audience.