Is Any Solution Good Enough for Critics of Managed Camps?

It’s time to stop making perfect the enemy of good


As we pointed out in a June 9 editorial, nonprofit Central Oregon Villages’ newly proposed managed camp aims to address most of the concerns locals cite for opposing managed camps for unhoused individuals in the City of Bend.

The planned camp will be limited in size, allowing for some 20 small and temporary structures. The target residents are currently unhoused women and children, who will be required to agree to stipulations around sobriety, cleanliness, and conduct. Because the high-barrier camp will be sited on private land, residents and managers can enforce restrictions regarding who is allowed on the property, prohibiting the presence of unapproved and uninvited visitors who may not respect the rules. Operational funding will come from federal dollars allocated by the American Rescue Plan. 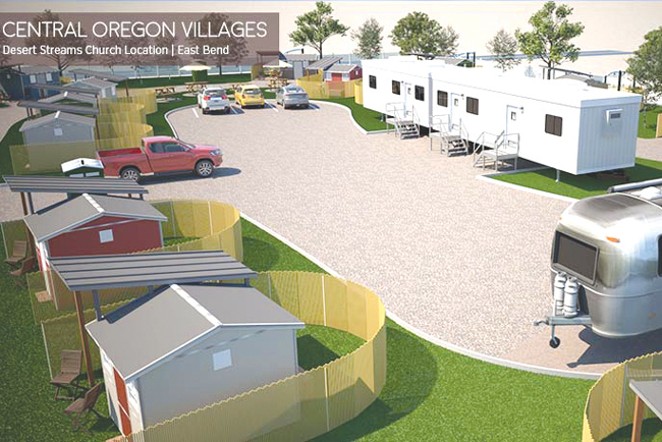 By all accounts, the camp will be smaller, safer, and cleaner than existing camps, and will be managed effectively to minimize disruption for neighbors. Sounds good, right?

Unfortunately, it’s not good enough for some locals, who complain that Central Oregon Villages is a Band-Aid solution to a gushing wound problem. To be fair, they’re not entirely wrong. Twenty structures won’t come close to providing enough shelter for the nearly 800 unhoused people identified during January’s Point In Time Count. And high-barrier camps – no matter how well they are managed – will do nothing to address the ongoing affordable housing crisis that created the need for camps in the first place.

We acknowledge that Central Oregon Villages won’t solve Bend’s big and growing problem of homelessness. But what we’re doing now isn’t fixing the problem, either. It’s clear we can’t build our way out of this mess. Despite a boom in construction projects throughout the region, supply is not keeping up with demand as growth continues to drive up the cost of housing. And there is no political will in Bend for publicly funded housing that working families can afford.

Under federal court decisions in the 9th Circuit, cities are facing increased restrictions from enforcing anti-camping ordinances unless and until they have places for unhoused people to go. As more people lose their housing, Bend could see tent cities in more places, including public parks.

In fact, a surge in homeless camps in Sonoma County, California, led the Santa Rosa city council to create a managed camp in the parking lot of a community center in an affluent neighborhood. County Supervisor James Gore, president of the California State Association of Counties, told the LA Times, “We know we’re pissing off a lot of people — they’re rising up and saying, ‘Hell, no!’ But we can’t just keep saying no. That’s been the failed housing policy of the last 30 to 40 years. Everybody wants a solution, but they don’t want to see that solution in their neighborhoods.”

Remarkably, the 140-person camp was so well-managed that even the most adamantly opposed neighbors eventually came to embrace it. The tent city in Santa Rosa became a model for other communities in Sonoma County, changing the way they approached homeless services.

Our hope is that Central Oregon Villages will provide proof of concept for a model that helps motivated individuals and families find their way out of sprawling camps and into safe housing. Once it’s up and running, we can build on its successes and improve on its shortcomings. It’s far from a complete fix, but it certainly can be a useful part of the solution, just as a Band-Aid is a useful item to include in a first aid kit. Let’s push forward with Central Oregon Villages so we can build on its successes and learn from any failures. When it comes to solving the homelessness crisis in Central Oregon, it’s time to stop making perfect the enemy of good.