Is Bend Ready to be a Smart City? | Local News | Bend | The Source Weekly - Bend, Oregon

Is Bend Ready to be a Smart City?

With new initiatives in the works, the City of Bend and local businesses are looking at ways to improve systems through technology

This month, Portland State University announced a $3 million investment into smart cities on the campus and around the city. And while "smart city" is a buzz term at the moment, how close is Bend to becoming "smart?"

According to Jason Nelson, executive director for partner engagement with the Smart Cities Council, smart technology consists of collecting data—typically through sensors or other sources—communicating that data to another place, and then computing that data. In other words, a smart city is a city solving its existing problems using technology. Nelson explained that solutions will be different for every city.

"You ask one person or one business owner or city staffer what a smart city is and it can be anything from 'we provide services more efficiently' to 'I just have all this information at my fingertips and my water system makes all these decisions for me,'" said Ben Hemson, business advocate for the City of Bend. "But in terms of what the city does, already we're deploying some smart city type technology here in town.

"The most evident smart technology is at the City of Bend water department. Every water meter now allows automated reading, which means it’s collecting data every hour. Every 12 hours, it sends data to the city. The meters are meant to bill more accurately, but also allows users to log in and see how much water they’re using. The system also sends users a "constant consumption alert" if it notices water running in a home for a significant period of time. 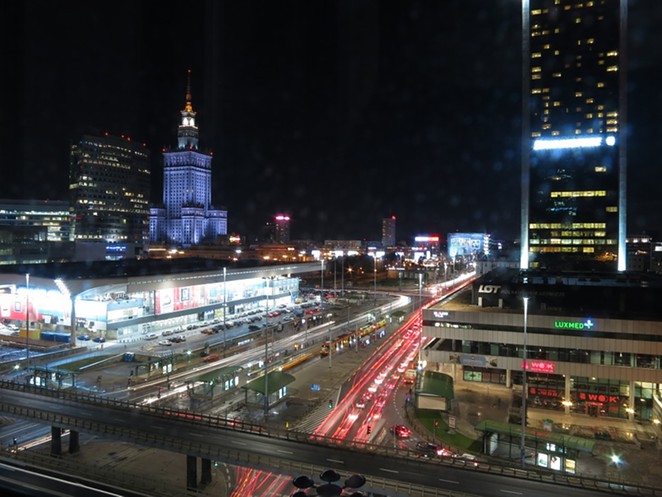 Another potential piece of a smart city is transportation. The City of Bend hired a new parking demand manager earlier this year, who’s working on a pilot project to allow people parking in existing paid lots downtown to pay remotely using smartphones.

BendTel has also announced the beginnings of an initiative aimed at bringing Wi-Fi to downtown Bend. The company has spent millions in the last few years installing fiber cable to downtown, which they say is the most crucial component of a downtown-wide Wi-Fi solution.

"Once the infrastructure is there, business owners [and] people from the city are creative and can find a variety of ways to use that infrastructure to implement solutions," said Lucy Merino of BendTel. "Whether it's smart parking, smart lighting, smart wastebaskets, smart marketing to visitors. But the infrastructure has to be in place first."

"It puts the infrastructure in place," said Doug Cox, sales manager at BendTel. "So the city says 'you know what? We want to utilize your smart city initiative, the backbone in connectivity to manage our parking, with parking meters.' The city says, 'we would like to put budgets together for the smart lighting.' Well, they need backhaul. They need infrastructure. Internet infrastructure to put these applications on it, to support it."

Merino and Cox said the Wi-Fi would come in the form of multiple access points throughout downtown, each around the size of a notebook. They would either be on top of buildings or could be painted to blend in with the environment.

"Our grand scheme is to blanket downtown,” Cox said. “Downtown's going to move further east on the other side of the Parkway, as it's been rezoned over there to mixed use. So we're dragging fiber across the railroad tracks now."

Hemson said there are numerous opportunities right now; the struggle is what solutions to implement and how to tie them into each other. He and his staff will be working with BendTel to determine if they can develop a framework around a downtown Wi-Fi system, as well as determining whether the economic development advisory board is interested in pursuing similar public/private partnerships.

"There's a lot of people with a lot of different ideas on smart cities," Hemson said. "And the question is, certainly from a public-facing department, like economic development, how do we take this stuff, make sure it's making city services more efficient, but also providing some real value for the public?"