Participation rates are falling for tackle football, locally and nationwide 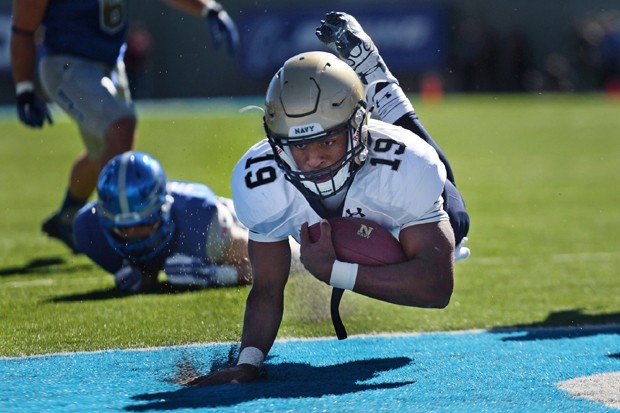 Across the country, traditional contact sports—including tackle football and soccer—are seeing declining participation rates in high school and among kids aged 6 to 12. Locally, soccer is on the rise but tackle football, according to data from the Bend Park and Recreation District, has been seeing a sharp decline in participation over the last 10 years.

According to data from the National Federation of State High School Associations, high school football teams are losing players. In the 2009-2010 season, there were 1.1 million 11-man football players in the country. In 2017-2018, only 1.04 million hit the gridiron.

According to a study by the Sports and Fitness Industry Association, published on July 14, in The New York Times, participation in soccer dropped 14 percent over the last three years for 6 to 12 year old kids. In Bend, youth fall soccer rates among BPRD players look like a stock market chart, slightly dipping and increasing over the last decade. The highest participation rate was last year, with nearly 2,000 players registering. Two competitive soccer clubs, Bend FC Timbers and Cascade Rush, also run year-round teams that add more kids to the soccer pitch locally.

Even with youth soccer rates falling in some parts of the country, high school participation rates are going up. Using the same time frame as the football stats, the NFSHSA's data showed combined soccer participation went from about 800,000 to about 900,000 from 2010 to 2018.

What's causing the decline in some contact sports, especially when other contact sports such as ice hockey, lacrosse and rugby are seeing increases? Some point to the concussion rates and deaths from high-profile football players, such as Junior Seau, who killed himself in 2012.

In a 2015 report from the Clinical Journal of Sport Medicine, the U.S. alone sees an estimated 3.8 million concussions per year. Previous attempts to stem the concussion epidemic, such as changing equipment, have made no difference, according to the report. This is because before the high-profile deaths of ex-football players and the settlement the N.F.L. made with former players, concussions were not taken seriously enough by players, coaches and medical staff, the authors of the report wrote.

Awareness about concussions has encouraged more prevention and safety checks. For example, The Center Foundation in Bend offers community baseline testing, where athletes are given a computerized neurocognitive test—an impact test—to establish a baseline, or record, of their normal cognitive function.

"We are so lucky to have a full-time trainer, Lindsey Hagler, provided by the Center Foundation," Mountain View High School's Head Football Coach Brian Crum said. "She, as well as the Center, are on the forefront of this research. She is in charge of our kids and does an outstanding job."

If a student athlete has a possible concussion, the Oregon legislature established a rule in 2009 that "no player shall return to play following a concussion on that same day and the athlete must be cleared by an appropriate health care professional before they are allowed to return to play or practice.

Once an athlete is cleared to return to play, they should proceed with activity in a stepwise fashion to allow their brain to readjust to exertion." The guidelines dictate that athletes can do a new "step" each day, allowing the athlete to do light exercise the first day, running in the gym or on the field the following day—with no helmet or equipment, then training drills in full equipment the following day, and full contact practice or training the fourth day. On the fifth day, the athlete can return to game play. However, if post-concussion symptoms occur during any step, the athlete must stop the activity and contact the treating physician. Depending on the type and severity of the symptoms, the athlete may be told to rest for a day, then resume activity at a step below where they were before the symptoms occurred.