The R&B/hip-hop genre surpassed rock as the No.1 musical genre over the past year. What does that mean for rock 'n' roll mainstays? 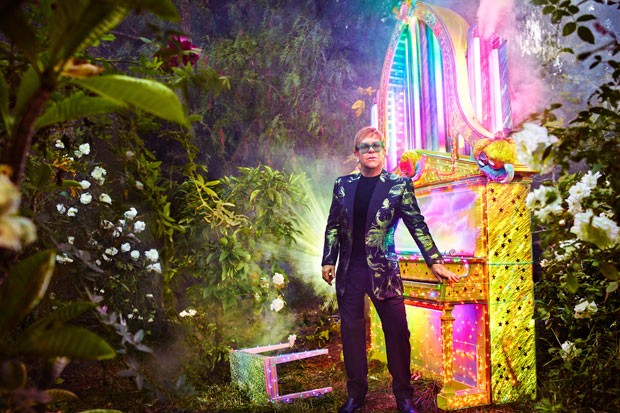 The news of rock's death may have been greatly exaggerated in years past, but an unprecedented rash of retirements and a downward sales spiral have now reached the point where all bets are off.

Over the past two months, seven multi-platinum rock acts have declared that their next tours will be their last. There's Paul Simon's Homeward Bound: The Farewell Tour, Ozzy Osbourne's No More Tours 2 — yes, he previously "retired" from touring in 1992 — and Elton John's three-year-long Farewell Yellow Brick Road Tour.

If that's not enough, Slayer will soon embark on its Final World Tour, while Lynyrd Skynyrd is going out on its Last of the Street Survivors Farewell Tour. Meanwhile, Rush and Neil Diamond have announced they're simply staying home, with no intention of touring again—in Diamond's case, because of his Parkinson's disease diagnosis.

When it comes to sales and airplay, the prognosis gets even worse, as evidenced by Nielsen's Year-End Music Report. The 32-page document from the industry's premier source for sales and airplay figures reveals that—for the first time ever—nine out of the 10 "most-consumed songs" fell into the R&B/Hip-Hop genre.

Rock music, meanwhile, was left in the dust. Metallica ranked first among the genre's top five artists, followed by Imagine Dragons, The Beatles, Linkin Park and Twenty One Pilots, none of which are exactly new bands—or in the case of the Beatles and Linkin Park, even active. Together, they moved less than half the units as their R&B/Hip-Hop counterparts.

Both of these developments will no doubt fuel renewed "end-is-near" pronouncements for the rock genre. And while those doomsday forecasts may turn out to be true, before prognosticators start stomping on rock's grave, it's important to note that rock 'n' roll has been pronounced dead, countless times, going all the way back to its infancy.

The Ku Klux Klan in South Carolina organized a "Beatles bonfire," as did a Texas radio station, which was oddly enough struck by lightning the following day. tweet this

Let us recall some of these spoke-too-soon moments.

In 1956, the Maddox Brothers & Sister Rose—billed as "America's Most Colorful Hillbilly Band"—toured as Elvis Presley's opening act and subsequently released a novelty track called "The Death of Rock and Roll." The song's lyrics actually had nothing to do with rock 'n' roll; it was essentially a remake of Ray Charles' "I Got a Woman," which was itself a for-its-era lurid remake of an old gospel song.

Actually, one could argue that "rock 'n' roll" did expire within the following decade, as the music pioneered by black artists such as Little Richard, Chuck Berry and Bo Diddley was appropriated by white artists and renamed "rock" by an industry that found white artists more marketable to mainstream white audiences.

But just as jazz, blues and R&B artists were demonized for propagating the devil's music, so too was this new generation of rock musicians. In 1966, lapsed-Catholic John Lennon declared The Beatles—the band that brought rock 'n' roll back to the forefront in the early 1960s—"more popular than Jesus." The reaction was not especially positive: The Ku Klux Klan in South Carolina organized a "Beatles bonfire," as did a Texas radio station, which was oddly enough struck by lightning the following day.

A more substantive threat to rock's market dominance came in the 1970s with the arrival of disco. At its height, remixed singles by Donna Summer, Gloria Gaynor and Chic were filling dance floors in more than 25,000 discotheques around the country. Ironically, rock fans responded with the same virulence as their anti-rock antecedents. A "Disco Demolition Night" promotion at a baseball day-night double header between the Detroit Tigers and Chicago White Sox in 1979 brought out some 50,000 fans, each of whom received discounted admission to the double-header in exchange for disco records that were subsequently set ablaze, triggering a full-scale riot, multiple arrests, damage to the Sox's Comiskey Park field and forfeiture of the second game.

If rock won the battle against disco, it apparently did not win the war. As the term "disco" fell out of favor and "Saturday Night Fever" albums were consigned to yard sales and used record bins, dance music went underground, evolving and resurfacing in the guise of Detroit Techno, Chicago acid house music, UK dubstep and Disney divas. Major labels were also pumping more and more money into another beat-driven genre called hip-hop.

Classic rock, meanwhile, was attacked on all sides: MTV championed A-Ha over AC/DC. American Idol brought melisma to the masses. Grunge rock died alongside Kurt Cobain, replaced by nu-metal bands who fused rap and rock in the worst ways possible. Extreme strains of metal, thrash and punk scared off older rock fans. And so it goes.

Except that it's not gone. Rock as we knew it may never regain its dominant market share. But the genre has somehow proven to be as unstoppable as Keith Richards and cockroaches during its first 60 years. Today, rock may not be dead, but it may well be nearing retirement, at least as the leading force in music.

Metal has struggled to produce new arena headliners and only a handful of acts that began in the new millennium can play the kind of arena and amphitheater tours that were common in the '70s and '80s. In fact, the classic rock bands of that now-distant era have been the predominant acts representing rock on the recent summer schedules of America's outdoor sheds. And in recent years, major label rosters have become increasingly devoid of rock acts.

"I don't know which will go first, rock 'n' roll or Christianity," John Lennon once mused. The answer to that question is as unclear today as it was 50 years ago. But if history is any guide, it's a fairly safe bet that both will survive, in one form or another, for generations to come. To paraphrase Brian Wilson, God only knows what and where we'd be without them.