Cannabis beers continue to evolve and gain popularity, despite challenges

Beer and cannabis have been informally linked for generations. With the growing legalization movement and general mainstreaming of cannabis culture, the relationship has become formalized. From early hemp beers to modern CBD- and terpene-laden IPAs, cannabis and beer together has become more than a novelty and is poised to be a trend. 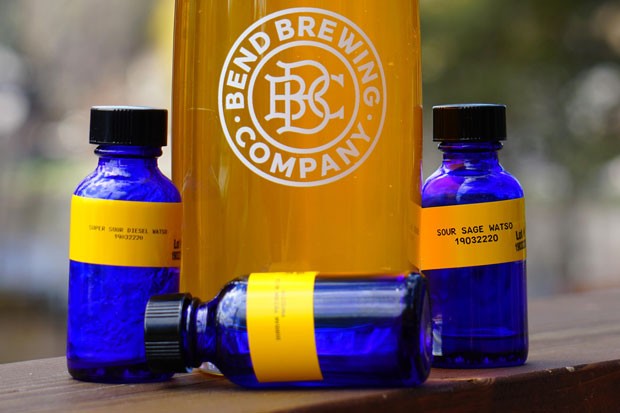 It comes as no shock that early craft brewers may have enjoyed smoking the occasional Thai stick, and even less of a shock that from the earliest days of the craft beer revolution, brewers sought ways to combine these two favorite intoxicants. Hemp beers, utilizing hemp seeds taken from industrial hemp, such as Humboldt Brewing's eponymous Hemp Ale and Missoula, Montana's tongue-in-cheek Olde Bongwater Hemp Porter, were craft beer's first approach to combining cannabis and beer. Hemp seeds add a nutty, oily character to the beer. These early hemp beers faced strict labeling restrictions, and despite using hemp seeds from non-THC-containing industrial hemp, were still banned in many states.

CBD, which doesn't have the psychoactive effects of THC, has exploded in popularity over the last few years. Renowned for its relaxing and purported healing benefits, CBD has found its way into everything from coffee to lip gloss, so it was only a matter of time before it was used in beer.

In 2016, Portland-based Coalition Brewing released the first commercially available CBD-infused beer, Two Flowers IPA. Coalition uses a secret process for extracting the CBD used in Two Flowers IPA in an attempt to comply with state regulators. The legality of CBD beers is somewhat muddled by conflicting state and federal laws. Some brewers have run afoul of the Federal Tax and Trade Bureau, which, in August 2018, clarified its position with a memo blankly stating, "TTB will not approve any formulas or labels for alcohol beverage products that contain a controlled substance under Federal law, including marijuana."

Beyond CBD drinks, breweries are also looking at terpenes as a way to infuse cannabis flavors into beer. Cannabis and hops share similar genetics as part of the Cannabaceae family, and unsurprisingly, both share similar aroma compounds such as floral linalool, resiny myrcene and citrusy limonene. Advocates of cannabis terpenes claim that specific terpenes may contain healing benefits akin to the use of essential oils, and that coupled together are able to enhance the experience of cannabis use.

Many of these terpene compounds are the exact same as terpenes found in hop varieties. As a result, brewers are able to use non-cannabis derived terpenes to accentuate the "dank" qualities of their hoppy beers. Both 10 Barrel and Bend Brewing Company have partnered with local dispensaries to create terpene-laden IPAs for their respective 4/20 parties on Saturday.

As it stands, cannabis-related beers, be it using CBD, terpenes or hemp seeds, are going to continue to evolve and grow in popularity as the stigma around cannabis continues to evaporate.