Evil clowns should be scarier than this

Don't get me wrong; most filmmakers balance along the knife's edge of borrowing and stealing. Stealing from the best has resulted in some of the most inspired movies ever made. We'd never have "Tree of Life" without "2001: A Space Odyssey" or "Joker" without "The King of Comedy." 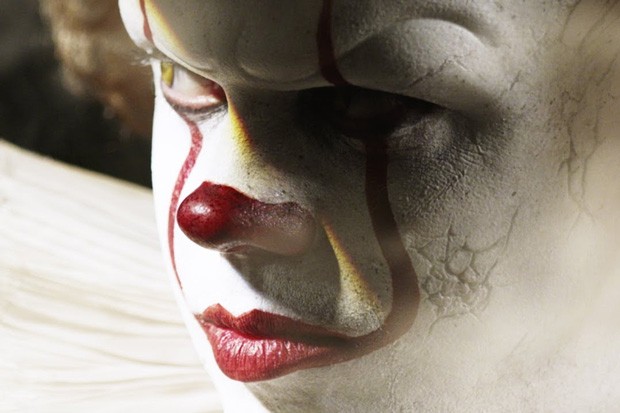 But writer Gary Dauberman and director Andy Muschietti seem to have stolen or borrowed from every horror movie they've ever seen for "IT: Chapter Two" without learning any lessons from them, creating a Frankenstein's monster of a movie that's both a derivative mess and extremely entertaining.

"Chapter Two" picks up 27 years later as members of the Losers Club, who barely have any memories of their childhood battles with the timeless evil of Pennywise, reconvene in Derry, Maine, to fight the monster one last time.

If Chapter One had flashes of the adult cast while we were spending time with the children, maybe we'd have more of a connection to their adult counterparts—but as it stands, every time Chapter Two flashes back to the kids, we have way more of an emotional response to the horror. As good as Jessica Chastain, Bill Hader, James Ransone, Jay Ryan, Isaiah Mustafa and Andy Bean are, they don't have the same chemistry together as the kids did, leaving Chapter Two as a collection of somewhat spooky scenes that don't feel as connected to Part One as they should.

Every time a big scary monster pops out, it's covered in fairly poorly done CGI, making the audience marvel at the effect more than being scared by the primal horror of the situation. The scares that really pop are stolen with both hands from "Evil Dead," John Carpenter's "The Thing" and 2001's "The Mummy Returns."

"IT: Chapter Two" has such a huge budget that the filmmakers could basically take every single horror idea that inspired them, rework it to fit their own cinematic universe and then throw it at the wall to see what sticks. The film is still extremely entertaining (especially for horror movie fans), but it's almost a joke how much of a mess the movie is at times. Characters never act like people, some of the members of the Losers Club are basically ignored until they need to show up for story purposes and, worst of all, the film has no idea whether it wants to be a horror movie or a horror/comedy.

Walking along the horror/comedy line is tricky because if you lose balance then you have a film that is a tonal disaster. "IT: Chapter Two" stumbles, trips and falls over that line and then throws up over it while rolling around on the ground. Every single moment of drama or pathos the movie dredges up is ruined by an ill-timed joke that, while sometimes very funny, seem to exist just so the movie isn't too scary for general audiences.

"IT: Chapter Two" is schizophrenic at best and just a giant ridiculous mess at worst. It's weird that the movie almost works in spite of itself—but that's mostly because of director Muschietti, who has a great eye for creepy imagery and the wonderfully game cast—but Dauberman's script is a poorly executed joke, one an evil clown wouldn't even laugh at. Audiences will have fun watching this movie, but it could have been so much more: it could have been scary.