It's Caucus Season in Iowa

Take it from one Iowan and former caucuser: This part of the presidential race is pretty cool

It was early 2016. I was living in Ames, Iowa, during my last semester as a journalism major at Iowa State University, and the wildest presidential race (I hope) of my lifetime was unfolding before my eyes. People on campus as well as the rest of the state were bitterly divided. Everyone appeared to be on edge anytime the topic of "the next president" came up in conversation.

The Hawkeye State is a very strange place to be during an election cycle. As a swing state and the first to make its call for who it supports as presidential nominees, presidential candidates roam through Iowa for what seems like weeks at time. Even a town of 6,000 like the one I'm from might find Barack Obama speaking at a local park or visiting your high school (yes, these things really happened). 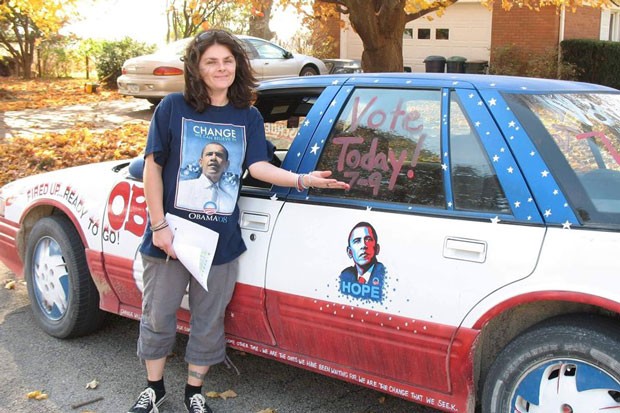 Generally, I'm not very political—I don't necessarily enjoy discussing candidates with other people or talking about government. It feels divisive. But I am a big believer in choosing right over wrong, which is the reason I vote. It's also the reason why in 2016, as a proud Iowan, I chose to caucus for the first time.

What happens at an Iowa caucus? Other than being one of the craziest events to occur every four years, it's also a form of debate, a public forum and a really neat part of the election process. You can look at it as a very different take on the process of choosing presidential nominees via primary, like Oregon does.

This year, the Iowa Democratic and Republican caucuses both take place on Feb. 3. Caucuses are held in public locations, or precincts—schools, churches, libraries, etc. The location you go to is decided by your place of residence, so there's a good chance you'll see some familiar faces at your location. (For the first time ever, Iowa will be offering the opportunity for people to attend one of 87 different satellite caucuses this year.)

Inside a Democratic caucus, people form groups based on the candidate they want to vote for, and those who are undecided can become a group as well. Once in groups, everyone is counted. You must be a "viable group" to be considered to win the delegates—viable meaning at least 15% of the count, sometimes more in smaller precincts. In a Republican caucus, people instead cast ballots, or even a conduct show of hands in less-populous areas—making for a simpler and quicker process.

If your first choice for a candidate wasn't viable, then you may switch to join a viable group—or people can try to persuade others from non-viable groups to join theirs instead. If you go with the latter approach as an already non-viable group, you're risking the chance of not having enough numbers to become viable for the final count, thus forfeiting your chance to send delegates elsewhere.

It's this part of the Iowa caucuses that is truly fun. You're basically guaranteed to have someone giving their all for a candidate who doesn't really have a shot (which is totally fine), or someone angrily spewing about the numbers of a rival candidate.

In 2016, my friend Jake and I caucused for Bernie Sanders—and with it being a college town, so were plenty of other students. We had the largest group by far at our caucus location, but that didn't stop a lady from standing on the cafeteria table and pleading for a candidate whose name I cannot remember, or a different woman from the Hillary Clinton group yelling at us for "electing Trump." At an Iowa caucus, you never really know what you're going to get, and emotions are often on full display.

One thing I'll take away from the experience is the pure excitement when someone from a non-viable group joined our side. A strange form of camaraderie developed with people I had previously never met—but that's the kind of thing that happens when you're attending a passionate event. It's sort of like a concert, just with way more politics involved.

In a small Iowa town like mine, caucusing can reveal a lot about the people in the community. You see what people support and what others are willing to compromise. Sure, this can definitely make it awkward the next time you go to the grocery store—or you can look at it in a positive light, and be glad people are actively participating in this kind of discussion.

While I'm now a proud Oregon voter, the caucus process is one I wish more people had the opportunity to try. It's a rare process that not a lot of people can say they've done. If anything, you might get to write about it in your local newspaper one day, enlightening those who have only voted for party presidential candidates via primary.