...but it's not exactly a reason to celebrate

April 10, 2018
comment
You've probably heard the stats that women tend to earn roughly 80 cents on the dollar compared to their male counterparts.

In Oregon, women earn an estimated 79 cents to the dollar, placing the state 27th out of the 50 states and the District of Columbia. For Latinas and black women, that gap is even bigger. According to the American Association of University Women, Latinas earn 54 cents on the dollar compared to their male counterparts, while black women earn 63 percent.

The issue is brought to light each year on this day, called Equal Pay Day. It's the symbolic day that represents the day up to which women have to work in 2018, to make up for the pay their male counterparts earned in 2017. Don't worry if you're a bit confused. Suffice it to say that women have to work for 15+ months to earn what men make in 12 months.

Oregon does have some strong laws in place to fight back, including a provision prohibiting employers from discriminating or retaliating against a person for taking action to get equal pay, or for talking about wages in the workplace. Also,  Oregon is one of just four states where employers can't rely on a candidate's salary history during the hiring process—a law passed in the state in 2017. 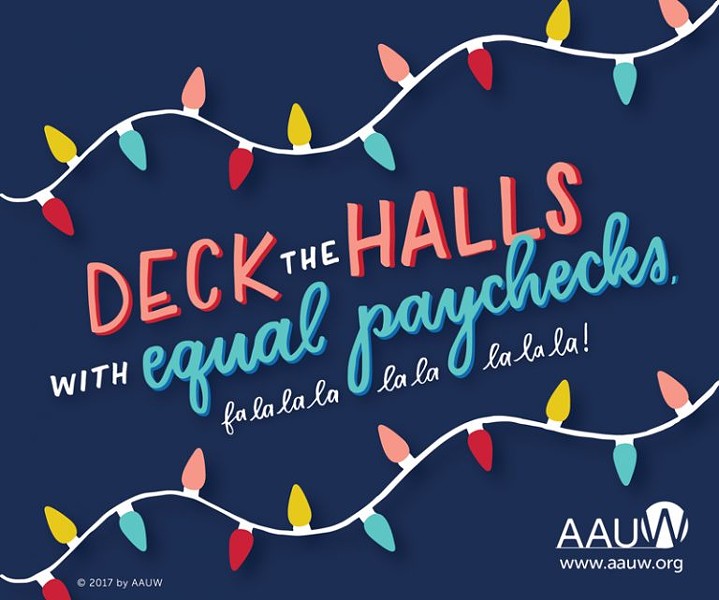 Why does it matter?

According to AAUW, research shows the U.S. economy would produce additional income of more than $512.6 billion if women received equal pay. Meanwhile, the number of working women living in poverty would be cut in half.

Here in Bend, the Sparrow Bakery in Northwest Crossing offered $1 off coffee all day in honor of Equal Pay Day today. In addition, members of the AAUW Bend branch were on hand to share information.

According to a release from that group, "The American Association of University Women, Bend Branch, meets monthly during the school year, with program topics of interest to those who support equity for women and girls, whether in education or the workplace.  The group also offers a STEM (Science, Technology, Engineering and Math) camp for 8th grade girls, Tech Trek, at OSU Cascades Campus in late June and works with Girl Scouts in a STEM workshop day.  Nationally and statewide, the group works to help pass such legislation as the Oregon Equal Pay Act, offers workshops on negotiating fair pay, advocates for equity in education, and carries out research in the gender equity and educational arenas."