It's in the Name | Sound Stories & Interviews | Bend | The Source Weekly - Bend, Oregon

It's in the Name

The Color Study's debut album officially releases April 10. We got an advance listen.

The Color Study’s debut album has long been in the works. What started as Scott Oliphant’s personal project has now grown into a six piece-band featuring Melissa Atillo (keys), Matt Jackson (bass), Stephen Reinhardt (guitar), Andy Jacobs (drums) and Miguel Mendoza (trumpet). And on April 10, the release for the self-titled album will be official.


Completely put together, the album from the Central Oregon band covers a multitude of ranges. The base of it stems from rock, but there are many other influences thrown in (R&B, ambient music, jazz, folk) that make it a grand listening experience. 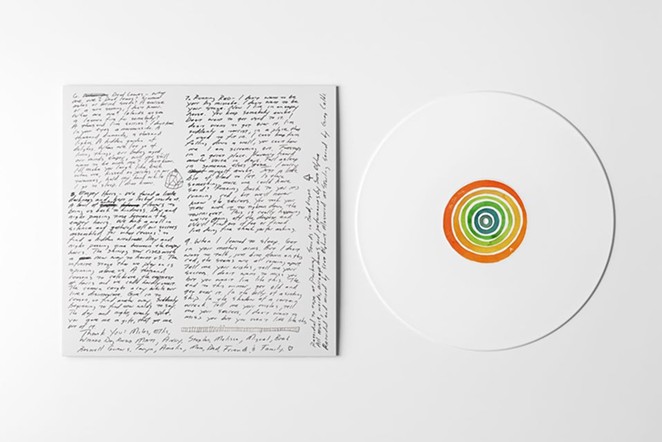 The opener, “Open The Windows,” is one of the greatest examples of this. It’s basically an explosion of the band’s musical talents capped off with a rocking chorus. But it’s the balance between the soft touches and lightning bolts on this track that make it. Oliphant and co. found the right spots to let the music do the talking.


It’s a testament to The Color Study that the group isn’t afraid of getting weird. Some could think all of these sounds don’t go together, but on this album, they do. The band found a groove that flows from song to song. You have “Sirens,” a slower-paced, almost theatrical-sounding ballad transitioning into “Without,” a bluesy-folk song with slightly faster but clunkier tempo, and it works.


Other than “Open The Windows,” one of my other favorite moments on the album comes from “Where Are You.” At just over halfway through, there’s a beat switch in the track where it becomes something else entirely and really picks up. It’s a really spot right in the middle of the album.


Hearing the whole crew together on these tracks is thrilling. You can feel the fun they're having making this music, and it’s infectious. For a comparison reference, the stylings of these tracks are similar to some of the Local Natives’ (LA) past works. You get that sense of vast instrumentation coming from different directions into one final piece of cohesive art.


Like the group’s name indicates, the album is a look into different color palettes when it comes to music. And in the end, it’s a bright final result to be enjoyed.


Stream the album online starting April 10 and look to purchase CDs and vinyls from the band.