Where does the water go, and how do we conserve it? 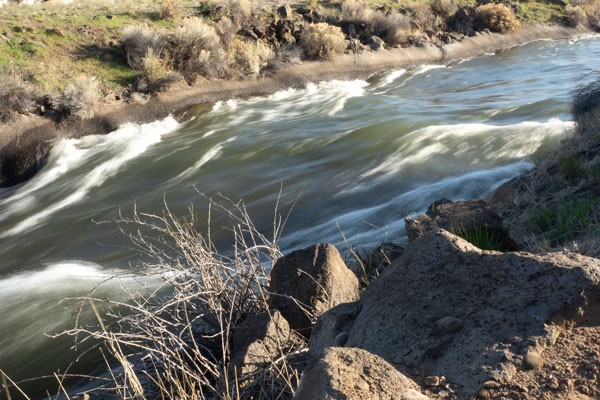 Perhaps you're new to Bend and wonder why in the winter, you see barren canals that travel north and east of town. Then come April 15, the same canals are brimming with cold, clear water.

Central Oregon was traditionally an agricultural community, and the canals bring water to farms and ranches. The water comes from the Deschutes River—or, more specifically, from Wickiup Reservoir, constructed in 1949 to provide water for the North Irrigation District and farmers in Jefferson County.

However, according to a Source article in 2017, the water that flows through the Central Oregon Irrigation District's canals lose 40 to 60 percent of their water due to ground loss and evaporation. COID is addressing the issue. The district piped 3,000 feet of canal near Brookswood Boulevard in Southwest Bend this year, and has two phases of a larger plan to decrease water loss and add flows back to the river.

Phase one, slated to happen from 2018 to 2019, would pipe the main canal in the Smith Rock area of COID's irrigation system, according to a document from COID the Source obtained from the Deschutes River Conservancy. The $40 million project will immediately conserve 30 cubic feet per second, and when completed, is expected to add an additional 30 to 40 cfs over time, the document said.

Phase two would tackle what COID's representatives say is the area responsible for the largest water loss in the entire system: the canal that runs from the North Canal Dam to the Juniper Ridge Hydroelectric area. This $35 million project is expected to conserve 40 cfs, returning the water to the river for the sake of Endangered Species Act-listed species, such as the Oregon spotted frog.

These flow returns could help mitigate low-water year issues, such as in October 2013 when an estimated 3,000 fish were killed near Lava Island Falls, according to a story in Bend Magazine titled, "The Deschutes Basin's Last Great Problem."

Tye Krueger, who owns Bend's Confluence Fly Shop, said he understands the many voices when it comes to the river flows and uses.

"From my perspective as a shop owner and farmer most of my life, I completely understand [people irrigating their fields.] Who wouldn't want to do that?" he said.

Aleta Warren is a staunch opponent to piping the canals. She told the Source in 2017, "This was dug in 1903, it needs to be protected and cherished, not only for the wildlife—the ducks, geese, frogs and deer—but for its historical legacy."

Before the construction of the reservoir and dam, the Deschutes—a spring-fed river—flowed at a fairly even rate: 500-800 cfs on average in the summer, below the dam, and 350-600 in the winter, according to Jeremy Giffin, watermaster for District 11, which includes Deschutes County.

Since the dam was constructed in 1966, flows vary with the seasons. During the storage season, from November to March, the Deschutes' average flow was 200 cfs between 1966 and 2018, Giffin said. In the summertime—or irrigation time—the flows average at 1,400 cfs, according to Giffin's data.

These large swings in water flow can put users of the Deschutes on opposite banks when it comes to water management. Fishermen want the flows back toward the traditional ones to save the native trout that used to run in the upper river. Farmers and ranchers need the water the Deschutes provides to keep their otherwise arid lands growing.

Ultimately, water in the canals ends up in farmers' fields, which can be considered another point of contention. According to statistics from a 2006 report from the Deschutes Water Alliance's "Growth, Urbanization and Land Use Change: Impacts on Agriculture and Irrigation Districts in Central Oregon," in Deschutes County the average per-acre net cash farm income was negative $51 for non-exclusive farmland.

However, with the increasing cost of land in Deschutes County—and the possibility of a large tax burden—people with water rights tend to use them to keep their land in farm deferral. Farm use is defined by the Oregon Department of Revenue as, "the current employment of land for the primary purpose of obtaining a profit in money by: raising harvesting and selling crops; feeding, breeding or management and sale of or production of livestock—such as chickens or eggs—selling dairy products; or the boarding or training of equines."

Scot Langton, the Deschutes County tax assessor, said the number of years someone could potentially pay back taxes depends on the zoning laws in the area. For instance, if the property was zoned exclusive for farming and not used for that purpose, the owner could face 10 years of back taxes at a non-farm deferral rate. For non-exclusive zoning, the owner could be assessed for five years.

To keep a farm deferral on non-EFU zoned land, Langton said landowners fill out a schedule S form that shows revenue from their lands—but they don't have to show a profit, just intent to make one through farming.

According to Oregon's water laws, to keep a water right, the property owner must irrigate at least once every five years in the acreage dedicated for irrigation. 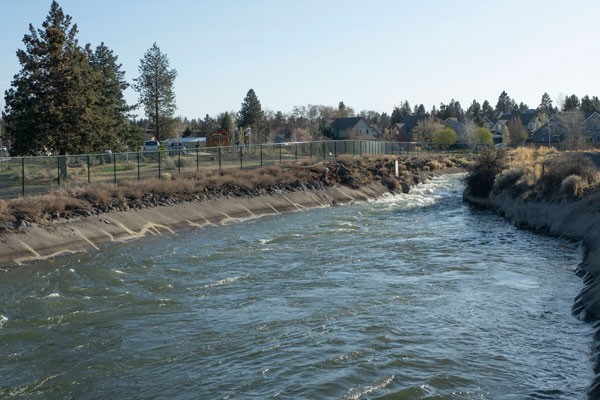 Tod Heisler, executive director for the Deschutes River Conservancy, said he would like to see a multi-faceted approach to saving water in the river, such as changing infrastructure practices from the irrigation districts and tax deferrals for some people with water rights if they were to lose their farm deferrals.

"We support this modernization of the infrastructure and working with landowners to help them use water more efficiently," Heisler said.

One way for people with water rights who don't need to use them, and still receive a tax break, is with the Wildlife Habitat Conservation and Management Program through the Oregon Department of Fish and Wildlife. According to ODFW's website, "the WHCMP is a cooperative effort involving state and local governments and other partners to incentivize private landowners to voluntarily conserve native wildlife habitat. The Oregon Legislature created the WHCMP to offer a property tax incentive to private landowners who want to provide wildlife habitat on their properties instead of, or in addition to, farming, growing timber or other land uses. Under the WHCMP, land subject to an approved wildlife habitat conservation and management plan receives a wildlife habitat special assessment, where property taxes are assessed at the relatively low value that would apply if the land were being farmed or used for commercial forestry."

For more information on the program, visit dfw.state.or.us/lands/whcmp/.