It's The Little Things

Burning oil as he drove through the Moab Desert, Charlie Parr was in the middle of making the trip from Minnesota to L.A. for the singer/songwriter's next stop on tour. Luckily for Parr, he left to visit his mom just before his hometown of Duluth was smacked with 22 inches of snow. Otherwise, as Parr says over speakerphone, his Kia probably wouldn't have even made it out of the alley. 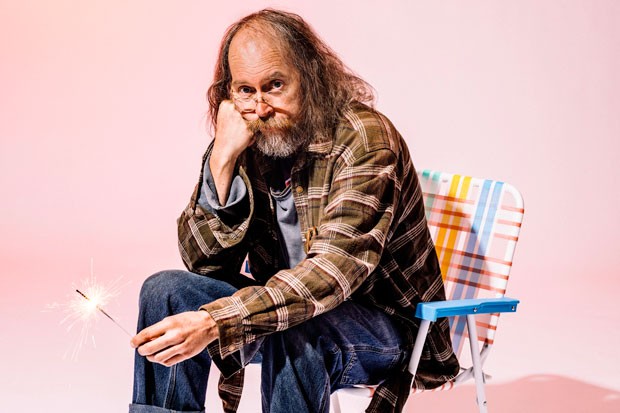 In September, Parr put out his 14th solo record, the self-titled "Charlie Parr." Many artists will often title their debut or an earlier album after themselves as way to introduce who they are to the world. For Parr, this was the first time that had ever made sense—albeit not the initial thought behind the album.

"It felt almost like a milestone. Or a new beginning or an ending of something," Parr tells the Source. "It felt like a natural part of the pause I had to take when I broke my shoulder. It felt like it didn't have another title. It felt like this is just where I'm at right now."

Parr changed direction on the project because in August of 2018, while skateboarding with his daughter, the 52-year-old shattered his shoulder—leading to a rehab process that included altering his guitar play (something he wasn't sure he'd be doing again) and even a bit of self-discovery about himself.

"It actually turned out to be a pretty good time. When I was able to haul my guitar up and play it on my lap I kind of reacquainted myself. And when I got it back up in the regular way, it was pretty reinvigorating, actually," recalls Parr. "And even when I wasn't playing, I was just sitting there recuperating and getting to listen to a ton of music. That was a good thing in itself. I think I used that time wisely."

The music he listened to during his healing process turned out to be quite the trip for Parr, as he revisited a lot of music from his earlier years—everything from the punk rock he loved when he was 12 to some his dad's favorites.

"I was all over the map! It was really good. I was hearing everything," says Parr. "It was a really positive experience for me. There's a couple of things that didn't age so well, but even so I kind of thought, 'I get it.' I understand what I was hearing in that music and I was happy for my younger self."

Throughout his career, Parr has become known for masterful songwriting and storytelling—and his latest effort is no different. The album opens with "Love Is An Unraveling Bird's Nest," a beautiful metaphor about love, life and the chapters we go through. Parr takes symbolism to great heights with his use of small, but vivid images.

"I guess it's a love song. I don't know. I'm 52 years old now and I'm in a relationship and I feel really, really good about it. But nowadays everything feels like you have to go through the fire to get to the good stuff," says Parr. "My relationship, in my mind, how we've gone through our trials and putting stuff back together—and birds finding back to where they were and just rebuilding. Not thinking too much about it and just getting back to living."

"That's what this record is kind of about. The process of keeping on going" tweet this

If not love, his other favorite subject was birds. Parr had become obsessed with the use of birds and bird's nests in old Mississippi Blues songs. One song in particular, a collaboration between Big Joe Williams and Short Stuff Macon, was a set of revolving verses about finding a bird's nest on the ground.

"I've constantly obsessed over, like, what the hell that was supposed to mean," laughs Parr. "Those kinds of images really obsess me in music. That's the best part of life though, isn't it? Those little things that just surprise you every day. That's what we're here for."

As an avid reader, it makes sense that Parr fixates on these types of images in songwriting and why he excels at creating big picture moments in his music. This year he mentions reading a lot of Haruki Murakami and Kurt Vonnegut, and Parr just finished reading his first graphic novel—something he picked up from his daughter. Re-reading is also a big component to Parr's relationship with books. Currently he's been diving back into Fyodor Dostoyevsky's "The House Of The Dead.""I dropped out of high school, but I read all the time. I read everything Dostoyevsky wrote in a period of about two years—and I'm sure I didn't understand a word of it," jokes Parr. "With movies, books and music, I don't trust myself to get everything that's there the first time, ya know?"

Parr was born in Austin, Minnesota, the home of Hormel Foods—otherwise known as the creators of Spam. Both of his parents worked in the packing plant, but Parr says he didn't eat a lot of Spam growing up (blessing or a curse—you decide). For one, the company didn't give products to the line workers, and second, they were too expensive at the time. Now Parr resides in Duluth, where he's lived since 1999. He never needed to move out of state to advance his career in music, because the arts scene in Duluth supplied him with that.

"I've traveled a ton, but I've never like lived anywhere else—other than Minnesota and the Midwest. I know that part of the world has impacted the way I do music, but it's hard to say exactly what that is," reflects Parr. "I think it's been a positive impact though. I'm always looking forward to going home. I love traveling and seeing all these beautiful places, but I love going home. So it must be a good influence on me."

Parr's latest album features a couple of re-recordings of fan favorites, like "Jubilee" and "Cheap Wine." Deciding to put these songs on the album came with Parr's pause after surgery, but it's also another nod to show that art is ever evolving.

"Songs are never done. I picked songs that I was still kind of wrenching on. And I've said this a lot, but when you're a musician you get to paint a picture all over again every single time you play it. You can recreate it," says Parr. "I was talking with some friends of mine about Bob Dylan just the other night—about how he's been involved in that process throughout his whole career. Recreating his music constantly. That's how I feel about a lot of my songs. That's what this record is kind of about. The process of keeping on going."

The original plan for this year's album will be what Parr records next year. Having to change gears and move past a broken shoulder was tough in the moment, but the ideas and songs are still there—so there's no point in leaving it behind. Art can always be revisited, and pieces can always be picked up. Sometimes you just have to find your way back to the nest.