It's Time to Tip the Scales for the Bend Central District | Editorial | Bend | The Source Weekly - Bend, Oregon

It's Time to Tip the Scales for the Bend Central District

The potential of re-developing an area close to downtown Bend

For the past several years, we have followed the advent of the Bend Central District with interest and enthusiasm. The potential of re-developing an area close to downtown Bend to make it an attractive, walkable place for people to live and work is something we can get behind. Bend is growing and rents in the downtown area—for both residential and business purposes—are high, signaling that there's immense potential in areas that touch that downtown core. Add in the fact that a good portion of central Bend lies within a federally designated Opportunity Zone—which affords tax benefits to investors that invest in those areas—and, in theory, we have a recipe for significant development, improvement and growth in an area such as the Bend Central District. 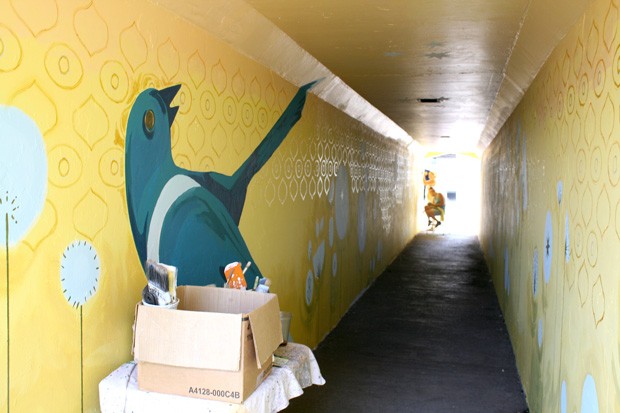 Yet, in spite of the enthusiasm around the BCD, not much has happened in the years since its advent. The lack of significant development in the area has put a big spotlight on the few developers who have tried, or continue to try to do something in that area.

Jake Ertle, co-owner of the property on Third Street that currently houses The Brew Shop and Platypus Pub, has been the target of much scrutiny in the past several years, after revealing an initial plan that would have installed two drive-thru restaurants in place of the current building. Following much public input against that plan, Ertle and his team went back to the drawing board, recently revealing a new plan that includes four retail spaces—one of which includes a drive-thru coffee shop. Ertle received approval for the project, titled Third Street Marketplace, on Sept. 3.

Central Oregon LandWatch initially opposed Ertle's new plan, writing in a letter that the plan would "inhibit its (BCD's) transformation into a vibrant, healthy, and resilient mixed-use neighborhood." Following the Sept. 3 decision, Moey Newbold of COLW told the Source they had no plans to appeal.

Ertle also told the Source that shortly after purchasing the property in 2016, he explored building a mixed-use building on that property, but costs associated with developing it made that plan impossible. His team found that building only apartments "might" pencil out, but the current BCD code doesn't allow for that type of building. Ertle added that he supports the vision of the BCD, but that the "growing pains" associated with the code currently mean the area is seeing very limited development.

A March 2019 report titled "Developer Interviews," compiled for Bend's Urban Renewal Advisory Board, laid out the challenges developers faced when aiming to develop in that area, including high construction costs and "commercial zones with front setbacks, high parking standards and prescriptive use mix requirements that make mixed-use or apartment construction cost infeasible."

We share Central Oregon LandWatch's vision of a "healthy, resilient mixed-use neighborhood" for the BCD—but three years in, it's clear that things aren't happening as fast as they could be in a ripe Opportunity Zone. tweet this

And then there are the varying interpretations of what can and should be allowed in the BCD. Les Schwab Tire Centers' application to move from its current location on Franklin Avenue to Third Street was recently denied by the Planning Commission, which said no because the BCD is aimed at moving beyond "auto-dependent" uses for the area. Before that, city staff recommended allowing it, because the move wasn't going to add more "auto-dependent" use to the area. In theory, the move would free up space along Franklin that might be more ripe for residential or mixed-use purposes than Third Street.

While that project was something of an exception since it involved moving an existing use within the BCD, it highlights the highly varied opinions and findings that local leaders can have about what can and should be done around Third Street. Ultimately, the Bend City Council could decide whether to allow that project to move forward.

We share Central Oregon LandWatch's vision of a "healthy, resilient mixed-use neighborhood" for the BCD—but three years in, it's clear that things aren't happening as fast as they could be in a ripe Opportunity Zone.

City staffers have been tasked with taking a look at the BCD Overlay Code, and examining what barriers are holding developers back from executing on the vision for that neighborhood. City planners delivered a series of recommendations to the Bend Urban Renewal Advisory Board Aug. 13, recommending a relaxation of the current "prescriptive mixed-use requirements," as well as amendments that "simplify and reduce parking requirements for small lots" and allowing for other amendments that "maximize buildable space for private development while balancing public needs such as streetscape needs."

These development code amendments should move forward, in order to achieve the right balance that sees the area developed and more housing built—while also making it the vibrant neighborhood locals want and need.