We're all just living in it

I think maybe I'm selfish when it comes to what I choose to write about every week. I know more people would read my stuff if I wrote about whatever the most popular thing in the moment is, but, like Spider-Man said, with moderate power comes a modicum of responsibility. I have a wonderful audience, and instead of filling up our little echo chamber with obviousness, I'm going to focus on an overlooked gem we collectively ignored. There are 5,000 reviews on the inter webs for "The Queen's Gambit" or the latest season of "The Crown," so instead of covering well-trod and popular ground, I'm gonna talk about "Wayne."

The first thing to get out of the way is the disclaimer: Do not watch "Wayne" if you need closure. The black comedy played on YouTube Premium last year for 10 episodes before getting unceremoniously canceled and instantly forgotten. "Wayne" ends on a brutal and uncompromising cliffhanger with little to no chance of resolution. Like, forever. Amazon Prime just started showing those 10 episodes and promoting them pretty heavily, leading to speculation that they might bring the show back or, at least, give it an ending. Don't toy with my emotions, Bezos. 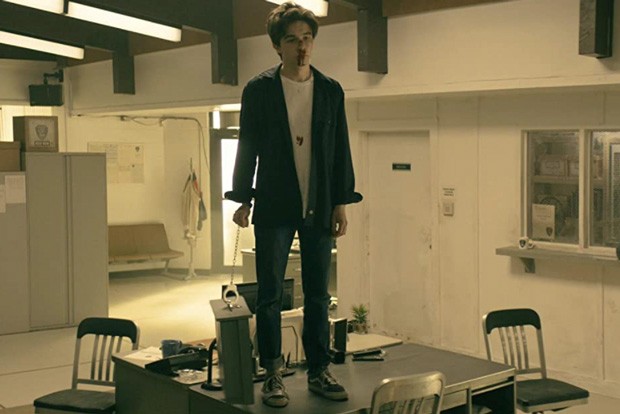 "Wayne" is the American "Letterkenny." It's "Bonnie and Clyde" without the sociopathy, by way of "Moonrise Kingdom," with much less quirk. The show follows a 16-year-old boy named Wayne who sets off from Brockton, Massachusetts, with his 15-year-old girlfriend Del to reclaim his father's 1979 Pontiac Trans-Am from the mother who abandoned him as a child, now living in Ocala, Florida, with her new, drug-fueled family. They're hunted by Del's psychopathic father and brothers, their depressed high school principal and a bizarrely formal policeman.

The show walks a very thin line between comedy and drama without much stumbling. The writing team (including the guys who wrote "Deadpool") fill the show with so much joy, pain, laughter, love, heart and violence that it feels like each episode is packed with an entire life and a solid message. Wayne hates bullies and, regardless of the odds, will always stand up for the underdog. By the end of every episode he's usually covered in his own blood with a few new loose teeth, but the young man has a code and he refuses to bend it.

Del (played by future movie star Ciara Bravo) just lost her mom to a heroin overdose and is about to break, so meeting Wayne gives her hope while hunting the Trans-Am gives her purpose. Watching her slowly start to heal is a joy, and her relationship with Wayne genuinely feels like the most grounded and natural teen romance in years.

"Wayne" is a member of the new cult canon. Period. So, yes, I'm being selfish and saying that you should watch "Wayne" on Prime, not just because I think you'll like it, but on the off-chance that if enough people watch it then Jeff Bezos will pay for an ending. I need to know that Del and Wayne have a happy ending. The show just stopping makes it too much like life. So, help me out and watch "Wayne." You probably won't hate me after.