I've Got the Blues 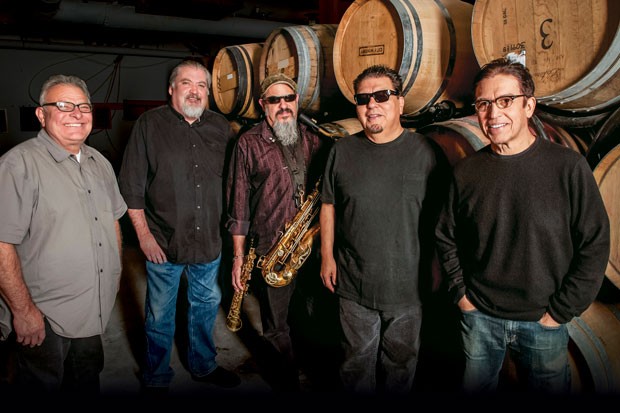 Have you heard about the new music festival in Sisters? No, we're not talking about the always amazing Sisters Folk Festival, which takes place in September, but rather the new Sisters Rhythm & Brews Festival. The new festival, organized by Joe and Jenn Rambo, puts rhythm and blues at the forefront of the musical soundscape for the weekend. The Sisters Rhythm & Brews Festival takes place on Friday and Saturday, Aug. 3 and 4, on two stages in downtown Sisters and features 20 bands.

"Why the blues? Because it feels like there is a lot of singer-songwriter stuff in Central Oregon and we're trying to mix it up," Joe says. "The blues feels a little underserved in Central Oregon."

"It's Important to us to not step on any toes," Jenn says. "I think part of what's really neat about the folk festival is that they're very arts focused and support arts education. When we were thinking about developing the festival, we looked for an untapped market. Affordable housing is really in desperate need in Central Oregon. We decided to partner with the local Habitat for Humanity; they are doing all of our volunteering. We're also working with Heart of Oregon Youth Build. They'll have a presence at the festival and will be helping us built the infrastructure pieces on Thursday."

Jenn and Joe hope the fesitval brings awareness to housing in both Sisters and all throughout Central Oregon. At the Sisters Rhythm & Brews Festival, people can listen to great music, drink beer and see what's happening with Habitat for Humanity, and hopefully this steers money, volunteers and awareness their way. Habitat will provide a lot of dimensional lumber for festival patrons to sign or draw on that will be used directly in the next Habitat for Humanity build. The family receiving the new home will be present at the festival.


"It kind of has a wide genre of people and acts that sort of straddle whether they should be blues or soul or funk. I didn't want to have 10 sweaty, old white guitar players. This isn't going to be the same sort of in-the-box blues festival; we're getting a little more variety." —Joe Rambo tweet this

Jenn's an electrician by trade and talks about people retiring from the trades everyday. She hopes the festival may inspire kids volunteering to get excited about trades—about working outside, about doing the work, about making money. Being able to tangibly touch something that goes into someone's home can be a very rewarding experience, something she hopes to pass on through the festival.

"I guess that's what we're hoping to come out of this," Jenn says. "Hopefully we grow it and can do more good next year."

As for the music, the festival takes an inclusive approach, which should give all festival goers the opportunity to see all of the performers at different times throughout the weekend. Most performers will play on both Friday and Saturday, with the exception of some of the Saturday daytime acts.

"It kind of has a wide genre of people and acts that sort of straddle whether they should be blues or soul or funk," Joe says. "I didn't want to have 10 sweaty, old white guitar players. This isn't going to be the same sort of in-the-box blues festival; we're getting a little more variety. Curtis Salgado, who is more soul and then Down North and Hillstomp, who are very dancey. Nicki Hill, who is an amazing female vocalist and has wonderful stage presence, will be there."

"We found Hillstomp about 10 years ago and we're big R.L. Burnside fans," Joe says. "We have the Cederic Burnside Project coming, his grandson. He and his guitar player are driving here from Missouri, they'll play back-to-back with Hillstomp. We were able to secure Los Lobos, who will be playing both Friday and Saturday night."