It would not have been surprising to see at least two Bend racers inside the top five. Instead we got none.

After a brief stint at the front of the race Treefarm faded and eventually finished seventh. Craig, who has also shown good form as of late, struggled at the start and ended in 16th. Chris Jones did not start due to an injury during his pre-ride. Among the Bend pros, Barry Wicks rode perhaps the best race and claimed 10th.

Amazingly, it was southern Oregonian Jade Wilcoxson who had the best result of the day. In the elite women's race the neo pro fought all day in the frozen mud and finished second to Katie Compton, one of the best 'cross racers in the world. 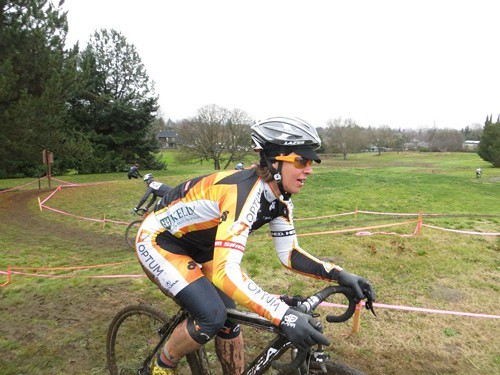