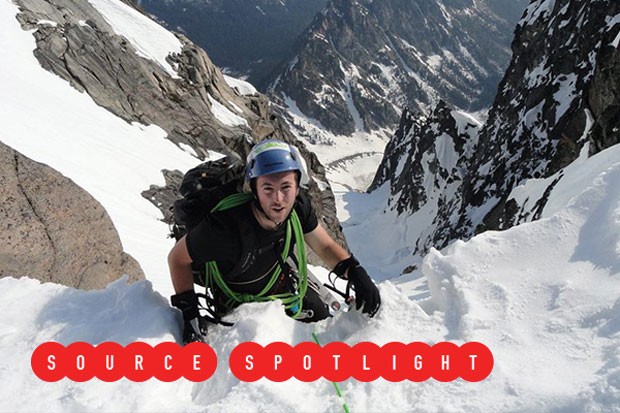 Jeremy Bowler is a man who has every finger in a different pie. When he's not at work, you might find him trail running, skiing, cycling or climbing. He spends his working hours as the Student Affairs Lead for College Excel, a local college support program for students at Central Oregon Community College and Oregon State University-Cascades. He also works with both the American Alpine Club and The Access Fund, and helped start up the High Desert Climbers Alliance, a local affiliate of The Access Fund, this past September.

Although there's a large climbing community in Bend—thanks to places including Smith Rock State Park, Trout Creek and smaller bouldering spots—people within the climbing community have been somewhat divided based on their discipline. The High Desert Climbers Alliance is hoping to change that.

"We wanted a singular organization where we could unify the different types of climbers," explained Bowler, the president of HDCA. "We want to have a singular voice, so that we can say 'as climbers...' with a large number of members behind us, instead of having a bunch of divided voices."

Encouraging a stronger sense of community is one of the four segments of the mission of the HDCA, although all are somewhat related. The other three focuses include maintaining and improving access for climbing, providing stewardship to climbing areas and offering education to both climbers and non-climbers.

Currently, HDCA is mostly focused on the community aspect, although Bowler said they're working with the U.S. Forest Service, the Bureau of Land Management and Bend Park and Recreation District to improve access to smaller climbing areas.


"We are moving as quickly as we can with access and stewardship—we want to be a group who can see an issue and quickly comment." —Jeremy Bowler tweet this

"It was really important to us to maintain good relationships with land management organizations in the area," Bowler said. "We've had good reception so far, although sometimes it means things move a lot slower because we are working with the timeline of other agencies."

One current project is to condense the trail system at Meadow Camp, a bouldering and top-rope climbing area along the Deschutes River. Bowler and other members of HDCA walked through the area and pointed out which trails get used regularly and should stay, and which smaller off-shoot trails could be retired. Bowler said the next step is to write an official proposal for the trail maintenance and submit it to the Forest Service. Also involved is a walk-through with a biologist, ecologist and an archeologist to make sure the proposal won't have a negative impact on the area.

Meadow Camp is a perfect example of why Bowler wanted the climbing community to come together. Since it's used by both top-rope climbers and boulderers, there's really no way to differentiate the usage. Losing access would impact both groups.

"We are moving as quickly as we can with access and stewardship—we want to be a group who can see an issue and quickly comment," Bowler said. "We just want to have more of a voice so that we can have a seat at the table, so to speak."

Bowler said he and other HDCA members noticed that organizations such as Central Oregon Trail Alliance, a mountain biking group, have earned a lot of respect in Central Oregon. When they speak out, people listen. HDCA would like to be that voice for the climbing community.

The group would also like to provide a space for climbers to get to know each other, allowing climbers to find other partners, and newer climbers to meet more seasoned climbers who can mentor them. Although Bowler taught himself the basics of climbing, he says he also learned a lot from more experienced climbers and knows how important it is to bridge the mentorship gap for new climbers.