Over the course of almost the past two years, singer/songwriter Jonny Pickett has been unveiling songs from his "Made in China" project. The project was a series of eight songs that were all inspired by different individuals who played different roles over the last 100 years of China's history.

If you're familiar with Pickett's work and life, then you know geography and the world plays a big part in who he is and his music. While based in Southern California, Pickett has also lived in Ireland, Spain, China and elsewhere; using these experiences and cultural influences to be the driving forces behind the music he releases—both sound-wise and in perspective. 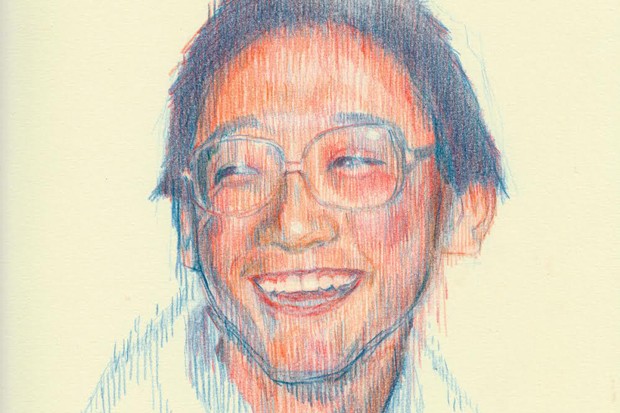 During his time in China, Pickett was drawn to various figures and moments in time that he felt affected the country, the people and more specifically, himself on a personal level. These people and topics range from former president Chiang Kai-shek, Pickett's late friend and music partner Desmond, former president of Ginling College Minnie Vautrin (who played a large role in setting up a safe zone at the school during The Nanjing Massacre) and more.

One song and story that was particularly moving for Pickett was "Wang Nan and His Camera," a three-minute recording inspired by Nan's story of trying to document the Tiananmen Square Massacre in 1989. Trying to capture soldiers on his camera, Nan was sadly shot in the head and buried with other victims in front of a school. He was only 19.

While geographically these stories can seem very specific, Pickett's ability to implement history, culture, emotion and narrative makes them open to all. They aren't just history lessons—but stories we might be able to relate to or grow from.

"My music project, 'Made in China' is not about China. 'MIC' is a reflection and observation on the various deaths we come to know as we grow. Why are we afraid of death? What does it mean for something to die? Is it awful for something or someone to die?" Pickett wrote. "The people in these songs are the ones I saw struggling, engaging and experiencing the human condition in this context. One way or another each of their lives manifest the deaths of power, freedom or life. And all their existences happened to be so deeply shaped in China, as was mine."

Listening to the series is special. As each composition is shaped around different people and different emotions, it leads to different styles of music. Each one has an ethereal vibe—but if you jump from "Joshua Wong," an electronic-focused dreamscape inspired by the Nobel Peace Prize nominee, to "John Rabe," the final song in the series and a poppy-folk track, you'll see what I mean. Pickett has dialed in on conveying emotion and story through sound—you can't help but feel it.