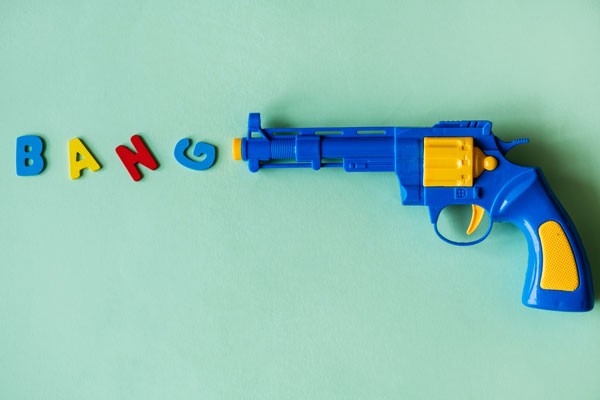 On Wednesday, Deschutes County Presiding Judge Wells Ashby issued a ruling that rewrites the ballot title for a proposed initiative that would limit enforcement of gun regulations. The new title replaces one written by District Attorney John Hummel.

"The court finds the Caption, Question and Summary prepared by the District Attorney ... fails to adequately capture the legal impact of the proposed ordinance," Ashby wrote in his two-page decision.

"I'm excited about the result," Campbell said. "It is a small victory, but it is the only victory we could have obtained at this juncture. Our argument was that the district attorney's explanation was insufficient, and the judge agreed."

The biggest change in Ashby's rewrite was the caption. Hummel's original caption read, "Expands definition of firearms and limits enforcement of firearms laws."


"If the sponsors gather sufficient signatures to place this matter on the ballot in November, I hope it's voted down. Passage of this initiative would make our community less safe, and I won't sit idly by and let that happen." —District Attorney John Hummel tweet this

Ashby also rearranged and tweaked the summary portion of the ballot title, but did not appear to have incorporated any of the specific challenges raised by Campbell and Brant.

Three Redmond residents are sponsoring the initiative called the Second Amendment Preservation Ordinance. It would broadly re-interpret "firearms" in the U.S. and Oregon constitutions to protect "ancillary firearms rights." It would empower the Deschutes County sheriff to decide whether any local, state or federal gun law is unconstitutional under that broader interpretation. And if the sheriff does deem a law unconstitutional, the measure would forbid the county from enforcing the state or federal law. Violations could result in a fine of up to $2,000 for individuals. Current Sheriff Shane Nelson told the Source in April that he does not support the initiative, saying the Second Amendment already provides sufficient protections.

Supporters of the measure must submit 4,144 valid signatures by Aug. 6 to place it on the November ballot. Robison said that he had a couple of forms to complete for county review before supporters could begin collecting signatures. He hoped to start this week or next. The group maintains a Facebook page for interested parties to follow the effort.

Campbell plans to fight the initiative. "We will continue to try to educate the public that they don't want to sign the petition," she said. "I want people to understand that this is something that will cost them tax money to defend something that wants to overturn the U.S. Constitution."

She may have an ally in the district attorney. "Now the campaign begins," Hummel said. "If the sponsors gather sufficient signatures to place this matter on the ballot in November, I hope it's voted down. Passage of this initiative would make our community less safe, and I won't sit idly by and let that happen."