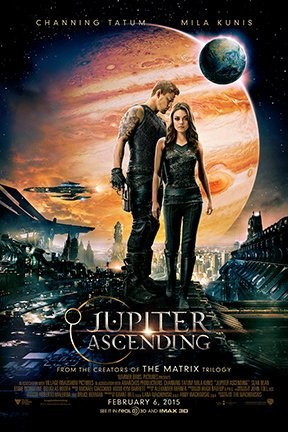 From the creators of The Matrix Trilogy and the criminally underrated masterpiece Cloud Atlas. Jupiter Ascending is either poised to be this year's sleeper sci-fi hit or a flop the size of Johnny Depp's Mortdecai mustache. Mila Kunis plays Jupiter Jones, an unlucky Earth janitor who is actually space royalty and must be protected by Channing Tatum's half albino, half wolf warrior Caine Wise. If this film is half as good as The Fifth Element, it will be much better than most sci-fi action releases of the last few years.

Jupiter Ascending: An IMAX 3D Experience is not showing in any theaters in the area.