June 15, 2021
comment
Deschutes County District Attorney John Hummel is rolling out a pilot program to address a trend that’s been observed since criminology emerged as a field during the 1800s—that young people are much more likely to commit crimes than older people.

Criminal acts become more common starting around age 10 and less common after 25, according to Penn State’s Jeffrey Ulmer and Darrell Steffensmeier. The separation of juvenile and adult courts allows more flexibility for kids in the criminal justice system.

“When we set the age of adult responsibility in criminal court 100 or so years ago we put it at 18,” Hummel told the Source. “If you commit a crime as a 17-year-old, you're viewed as a kid who doesn't have a fully developed brain. We use this as a learning opportunity; we don't want to saddle you with a criminal conviction, because kids are going to do stupid things.”

The DA’s new pilot program would expand that window for leniency up to 24, when experts believe brains have fully formed. A conviction for people aged 18-25 can drastically affect someone’s ability to get a job and housing, much more than a juvenile conviction.

“I feel a responsibility to act on the knowledge I now have. So if someone is a suspect in the crime between the ages of 18 and 25, I will look to treat them as if their case was handled in juvenile court, meaning we're going to focus on rehabilitation, we're going to focus on getting them the tools they need to succeed,” Hummel said.

The program will start with 12 first-time offenders in Deschutes County this summer. The scope is relatively small so the results can be studied before being implemented on a wider scale. 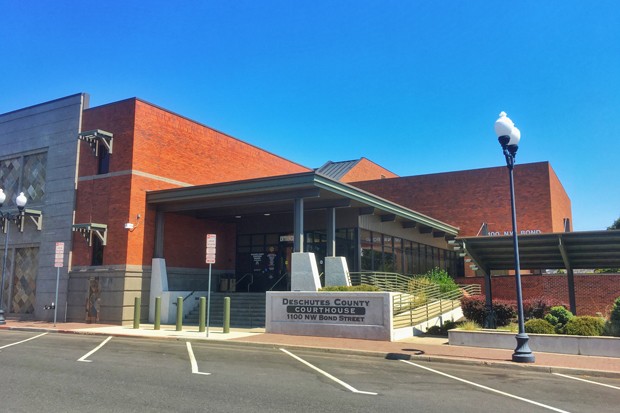 “Now we want to see if it works, so we're just baby stepping into it,” Hummel said. “If we feel it's going well, and we'll probably tweak it a little, we'll learn a lot more in six months than we know now. And then we'll ask the question, do we expand it?”

The program was devised two years ago during a retreat organized by the nonprofit group Prosecutor Impact. The retreat’s organizers hosted a “Shark Tank”-style competition in which teams competed to create a proposal that would make Deschutes County safer, and the adult pilot program won. The program’s organizers intend to keep the community safer by reducing the recidivism rate for 18-25 year olds – currently about 60% of that age group will reoffend within three years —and inch closer to that of juvenile convictions.

"“I'm not aware of a program like this in the country, so it's exciting and overwhelming to be the first but we know what we're doing now isn't working.” Deschutes County District Attorney John Hummel tweet this
“Our juvenile department does a great job, so it's significantly less than 60%,” Hummel said.

Hummel sees the solution as greater services extended to people convicted. The programs in the pilot program will be uniquely tailored to the individual offender, rather than taking a broad approach.

“Some kids might be doing good in school, might have a job that they go to after school and might be living with a substance use disorder; well, we’ll definitely be focusing on that,” Hummel said. “Some kids might be struggling with school, maybe we'll get them tutoring and require them to not miss class anymore.”

The individualized path for programs will be joined with a conciliatory program between victims and perpetrators.

“Victims have to be made whole in this process,” Hummel said. “If you steal from someone, making the victim whole is going to be a fundamental part of this program.”

The DA’s office will be aided in the program by Deschutes County Behavioral Health Services, Thrive Central Oregon, Central Oregon Intergovernmental Council, Community Solutions of Central Oregon and community volunteers. This program is one of Hummel’s unique initiatives he promotes as a self-styled “progressive prosecutor,” which he describes as promoting community safety by addressing crime’s roots in poverty, addiction and mental health rather than the aggressive pursuit of charges against offenders. In 2017, he also started the “Goldilocks” program that softened punishments and encouraged rehabilitation in drug crimes. Hummel said the young adult pilot program is a novel idea, and that he hadn’t heard of anything like it.

“I'm not aware of a program like this in the country, so it's exciting and overwhelming to be the first, but we know what we're doing now isn't working,” Hummel said.

The DA’s Office will assess the program after the summer and make a decision on whether it should be expanded.

Related Listen: Drug Decriminalization and Measure 110 with Joel Wirtz 🎧: The co-executive director of the Deschutes Defenders shares 17 years of experience working with drug offenders to offer insights about the state's abominable lack of funding for addiction treatment

Listen: Drug Decriminalization and Measure 110 with Joel Wirtz 🎧
The co-executive director of the Deschutes Defenders shares 17 years of experience working with drug offenders to offer insights about the state's abominable lack of funding for addiction treatment
By Laurel Brauns
Local News