There aren't many businesses that are immune to COVID-19's impact. For some businesses, changes aren't easily made. One of those places is Central Oregon Gymnastics Academy, the 23-year-old gym that, due to COVID-19, is now facing the reality that a permanent closure might be on the horizon.

While COGA has received some federal and state aid, it hasn't been enough to make up for closures or running at limited capacity, according to its website, and the gym isn't even breaking even. Those who are part of COGA's community are trying to change that.

"COGA has been a rock in this community for over 23 years, providing tens of thousands of young women with a safe, clean environment to exercise, pursue their dreams and fortify themselves both mentally and physically," says Aric Shafer, whose young daughter trains at COGA. "The parents of the team kids have organized a fundraiser, with the hope that we can keep the doors open through the closure so our kids will have gymnastics to come back to. We are asking the community for help."

The fundraiser, titled "Keep Central Oregon Gymnastics Academy OPEN!" on GoFundMe, had raised nearly $24,000 of its $100,000 goal as of this writing. Shafer mentions the psychological effects the temporary closures have had on kids involved with COGA, and what a permanent closure would mean.

"My daughter Skylar, who has been competing for four years and recently placed at the state meets, has been crushed by this loss. She would attend this gym three hours a day, five days a week. It is truly a second home to her," he said. "This second round of closures fully restricted this type of activity, and now instead of an enthusiastic, vibrant and cheerful child, I see sadness and depression. This is an eight-year-old girl. It's heartbreaking to think how many others are affected by this." 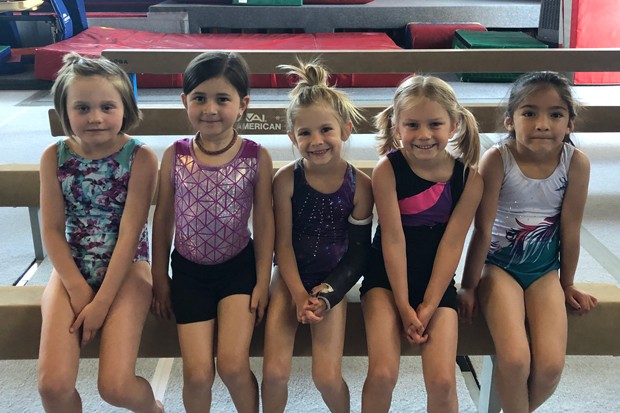 In video testimonials, many of the athletes who use COGA have shared what makes this place special to them— the bonds formed, getting stronger, learning new skills, gaining mentors and so on. More than a gym, COGA is also a sanctuary for these athletes.

COGA owner Sharman Watt told the Source that most of the kids have set up some equipment at home to keep busy because they miss doing gymnastics at the gym.

"I'm willing to do whatever I can to make this place survive for these kids. I never, ever, ever, would have thought I'd be in this position. We're gonna cross our fingers and keep pushing forward," Watt said.

COGA has been closed five months out of the last 10, and when they were allowed to reopen, Watt says they were open during the gym's slower season and ended up making "pretty much nothing." The school year is usually when they are the busiest.

Beyond COGA, Watt says that the pandemic is taking a toll on the gymnastics community all over the state. There are only 33 gymnastic gyms left in Oregon—most which Watt says are in the same predicament as COGA. "This is possibly going to wipe out gymnastics in the entire state."

For Watt, that's why what the families and kids are doing is so important. "It's wonderful. I knew they would not want me to close," says Watt on the fundraiser. "So many of these people donating are kids who took gymnastics with me and are now adults. The community support is awesome. It's not how I wanted to pay my bills, but (laughs)..."

Those interested in supporting COGA can do so online at gofundme.com, or they can take part in the Cartwheels 4 COGA fundraiser, where gymnasts will do as many cartwheels as they can in 15 minutes. Patrons can sponsor an athlete at a per-cartwheel rate or a flat rate.