Tommy Castro and his band, The Painkillers, bring the blues to Sisters

Want to know what you're going to hear if you go catch Tommy Castro and the Painkillers next week at The Belfry?

Check out "Killin' It Live," the latest album from the multiple Blues Music Award winner and his band. 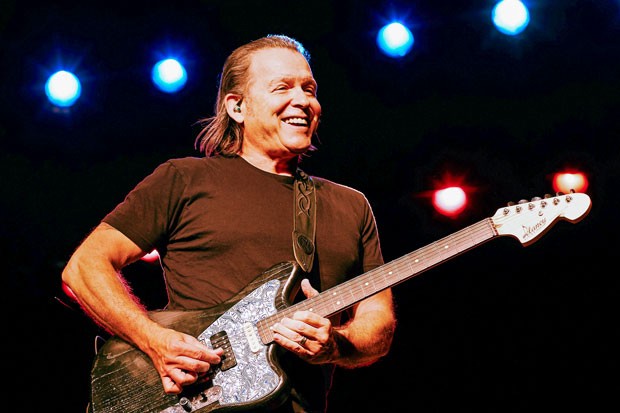 "It's a little bit of a calling card in a way—'hey, this is the show, if you want to come and see it." Castro said. "One of the reasons I wanted to put this record out is I've been through so many different phases with this career of mine, different groups, different lineups, different directions. I think people don't know what to expect if they haven't been to one of my shows in a while. I thought it'd be great to put out a record that shows what we're doing now."

The "we" is Castro, his longtime collaborator, bassist Randy McDonald, keyboardist Mike Emerson and drummer Bowen Brown, who cut the record in a handful of venues from New York to California, Wisconsin to Texas in 2018.

The album, which includes a pair of covers—Taj Mahal's arrangement of Sleepy John Estes' "Leavin' Trunk" and Buddy Miles' "Them Changes"—covers the gamut of Castro composition, from the roadhouse rock of "Make It Back to Memphis" to the slow blues of "Lose Lose" and the soul of "Anytime Soon."

"We can do just about everything I've ever written with this band," Castro said. "We've been together about four years. At some point in there, it starts clicking. There's a point where everybody knows where we are all the time instinctively. We play like a band that's been together for a while."

It's a hard-working outfit, touring the U.S. a couple times a year and heading to Europe once a year—kind of a grind for Castro, who turned 64 last April.

"It seemed easier 30 years ago somehow. I could get by with less sleep," Castro said. "Now I've got to make sure I get enough sleep, take my vitamins, stay in shape to be ready for these kinds of tours."

Thirty years ago, Castro was just a few years in to making music for a living, even though he started playing guitar at 10.

"It was kind of a surprise to me I had a career in music,' he said. "I grew up in a working-class neighborhood where people did jobs they hated just to put food on the table. I just played because I loved to play. It was my sport. One day a light bulb went off in my head: 'Wouldn't it be great if I did something I cared about and loved?' I decided I owed it to myself to take a shot. I didn't come up with that idea until I was about 30."

He took the Blues Music Awards for Blues Male Artist of the Year, Contemporary Blues Album of the Year, with his band at the time, Band of the Year, and the most prestigious award of all: B.B. King Entertainer of the Year. tweet this

Castro moved from San Jose to San Francisco, becoming a Bay Area regular in cover bands before signing on with the soul band The Dynatones, where he joined McDonald. In 1991, the guitarist called up McDonald, who'd also left The Dynatones, and put together the first incarnation of the Tommy Castro Band.

Within a couple years, The Tommy Castro Band was a Bay Area hit.

Castro said, "It was 'wait a minute, if I knew this was going to happen, I would have been practicing.' I've been doing that ever since."

Castro's been practicing and making records since his 1996 debut on Blind Pig Records. In 2009, after releases on Blind Pig, Telarc and 33rd St., Castro signed with Alligator Records and released "Hard Believer." The next year, he took the Blues Music Awards for Blues Male Artist of the Year, Contemporary Blues Album of the Year, with his band at the time, Band of the Year, and the most prestigious award of all: B.B. King Entertainer of the Year.

That award had special meaning for Castro, who opened for King on multiple tours, often joining him on stage for the final song of the night. King, he said, was one of his guitar inspirations.

"I've always had a great feel for the guitar," Castro said. "I really connected with guys like B.B. King—the simple stuff. Sometimes it calls for a little shredding. Even though that's not necessarily my strong suit, I'll go there if that's what the song calls for. That sums me up as a player. I play what the songs call for, not the flashiest solos, but what fits the tunes."

While touring on "Killin' It Live," Castro and the Painkillers are also getting ready for the next trip into the studio. That album will likely be produced by Tom Hambridge, the Grammy-winning producer and songwriter who Castro met years ago on a tour with King and Buddy Guy, who calls Hambridge "the white Willie Dixon."

For now, Castro's happy with his latest aural calling card, with a single caveat:

"I wish I could have made a double album," he said.