King of the Marathon | Outside Features | Bend | The Source Weekly - Bend, Oregon

King of the Marathon

Max King and I meet up to talk about his local running club and the Bend Marathon—but pretty soon, we veer off, discussing his wins in the 2014 100k World Championships and the 2011 World Mountain Running Championships. 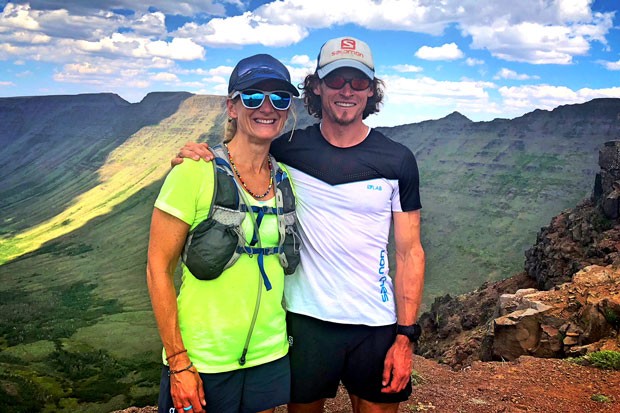 "This is going to be an article that bounces around from topic to topic, like me," King chuckles. From racing to coaching and now giving the Bend Marathon a facelift, running is incorporated into nearly every aspect of King's life.

Although he's competed all over the world, his favorite terrain is the Bend Marathon, which he and his business partner, fellow runner and coach Kari Strang, acquired last summer.

While he's originally from Medford, Ore., the first running club King started was in Eugene, while competing in the Olympic Trials.

When King relocated to Bend as a chemical engineer for Bend Research, he set out to host something similar. That club recently had its 10th anniversary.

"Ten years ago, there wasn't really a performance workout running group, to help people get faster for competition, and Teague (Hatfield), at FootZone, was totally down to sponsor," King recalls. Since inception, the group has attracted 30 to 40 runners in the summer, ebbing to 10 to 20 runners in the winter. Held on Tuesday nights, "It hasn't changed a ton," says King.

During the club's anniversary party, King was touched when participants spoke up about how it brought the running community together and helped them meet marathon goals.

"It's cool to be the piece holding that community together, and helping create bonds and friendships, because we are going through something hard," reflects King.

King also coaches a cross country, track and trail running youth club. "The goal working for youth is to create lifelong athletes, having healthy lifestyles and getting outdoors. I want to address childhood obesity from the perspective of making exercise fun. In trail running camps, we also talk about advocating for public lands," King said. "If you're on public lands hiking or running, you should be an advocate for them to make sure they're around for the next generation."

Locally, King typically trains at Shevlin Park, in the Three Sisters Wilderness and around Bend.

"Shevlin is like a high desert oasis—all the different ecosystems coming together with the creek and forest. It's unique," he says.

The Bend Marathon takes place April 20. In acquiring it, King and Strang hoped to bring the race back to its roots and transform it into a premier community event for Bend, incorporating corporate wellness plans, youth programs and involving local neighborhoods. This year, the race starts and ends at the Les Schwab Amphitheater—something King advocated for.

Now retired from Bend Research, between coaching and masterminding a vision for the Bend Marathon, you can find King at FootZone where he works as a buyer and contributes to the evolution of footwear. King supplies Salomon (his primary sponsor) with feedback that fuels product development.