This past year has seen a steady increase in my use of concentrates. The formats in which they are now available, and the brands which produce them, have exploded. The price has also dropped, as Oregon's cannabis oversupply issue has resulted in increasing amounts of excess flower being processed into all forms of concentrates and edibles. 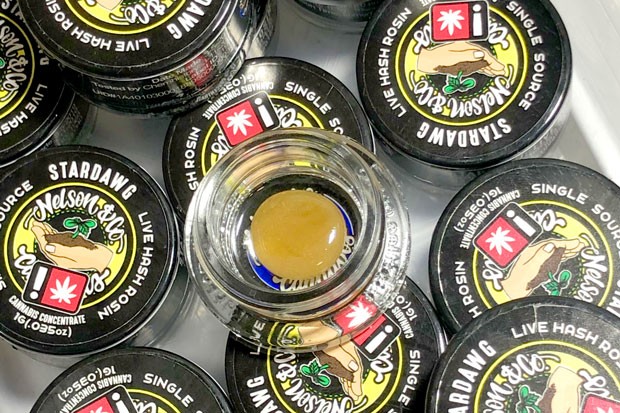 But while I was finding numerous grams of concentrates for $10 or less, primarily butane-derived, I wasn't finding a consistency in scent, taste and effect. The question as to what companies were using to produce these concentrates wasn't being answered, aside from the strain name, leaving me uncertain if this was flower or trim, and how old it was when processed. (Older flower loses its terpenes and the THC converts to CBN, resulting in a flat-tasting product with little scent that makes you couch-locked.)

So, while the price was great, overall, the products, not so much. The value of the amount of THC was outweighed by a lack of other desirable elements. That isn't my definition of craft cannabis—and if it isn't supporting my intentions, no price could make it a bargain.

This sent me back to solventless concentrates, that, while consistently more expensive, have always given me a greater consistency in taste and smell. That led me to a brand which offers a wide offering of solventless concentrates, edibles and flower—three of my favorite things. Plus, their vertical integration allowed me greater transparency in what was going into what they were producing.

Nelson and Company Organics first arrived onto dispensary shelves in 2013, headed up by Greg Levine and Mike Ciarlo. They offer a rotating stable of 20-plus varieties, which, as their Instagram feed and the rigorous testing of their product line demonstrate, are absolute first rate. Scotts OG, Gelato 33, Stardawg and Chemdg amongst them, the flower looks and smells fantastic, and gives off intense flavors in a vaporizer. For those who bitch that they can't find flower "like in the OMMP days" at a dispensary, this may be the answer you're seeking.

But it's their highly sought-after single-source water hashes and rosins which proved to be exactly what I was seeking in my concentrate experience. The scent and taste of the high-quality flower was immediately evident, with their GG#4 water hash hitting over 10 percent terpenes, and their Stardawg at over 12 percent. The THC percentage was over 63 percent, which was more than enough for me to get where I wanted to be. The single-strain live rosin is slightly higher in both price and potency, at about $10 more per gram, and their Bruce Banner #3 weighs in at over 76 percent THC.

I had recently bought some alcohol distillate vape pen cartridges which hit nearly 90 percent THC, and while effective, the taste wasn't anything I was excited about, and certainly nothing I could assign to a particular strain. The overall effects were far more enjoyable with the Nelson products, underscoring that much like waterfalls, you shouldn't go chasing THC numbers.

They also produce refined edibles, including dangerously good caramels and a new line of multi-flavor vegan gummies, both containing 50 mg of THC from hash rosin.

The company's philosophy is straightforward and very much in line with what I consider to be the craft cannabis ethos: "We are passionately committed to growing the highest-quality cannabis. With over 20 years of growing experience, we use only organic ingredients to cultivate our flower. We take the time to properly dry and cure our cannabis to ensure flavorful, smooth smoke with a proper burn."

Levine and I spoke about how the flower they grow allows a consistent product in which the quality of the flower clearly shines through. The small-batch nature of their hash and rosin has gained it a passionate following, who can also strip a fresh drop from dispensary shelves in days. As with any small batch, craft agricultural product, it's well worth the effort to track down and acquire.