I recently spoke with a practicing Muslim friend who eschews all cannabis and alcohol. He asked about CBD, and the potential value it might have in addressing a condition with which he deals. He could treat it with pharmaceuticals, but wants to avoid their side effects and find something more in keeping with the other organic things he puts into his body to maintain his health. 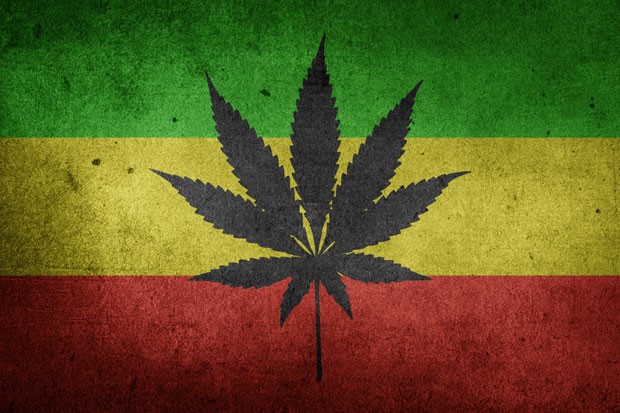 That opened a conversation about the challenges that present themselves to someone who has religious beliefs which conflict with cannabis use, and the fluid and shifting definitions of "medical" use.

I do not have a faith, nor am I a scholar of any faiths. As such, this is not the column to share with your devout and conservative family members with extremely strong feelings about cannabis as a way to justify cannabis use. Consult with your Priest, Rabbi, Imam, or Gargoyle King for learned guidance.

In Islam, that which is permissible is "halal," and that which is forbidden, "haram." Alcohol is universally viewed as "haram," and is called out by name in the Quran as being forbidden. Cannabis is not, which means there are varied viewpoints on its use recreationally. It's so varied that Sufism, an Islamic mystical practice, often finds followers using cannabis during worship. Others don't feel that it qualifies as "khamr," an intoxicant, as the effects of its consumption are not on par with alcohol. But for most Muslims, the use of cannabis for pleasure is haram.

But what about medical cannabis? The goal for medical anything is creating and supporting wellness—not just the absence of illness, but also the optimal balance of all physical and psychological conditions, ailments and stresses.

Inarguable "medical use of cannabis" is most commonly associated with its use during cancer treatments, and CBD/THC tinctures used to treat pediatric epilepsy. Few who have heard and seen its benefits for such use would consider the user seeking "intoxication." In this manner, cannabis is considered "halal."

Ismail Ali is an observant Muslim who's also the vice chair of the Students for Sensible Drug Policy board of directors. He talked with Forward about cannabis and Muslims, saying, "Muslims believe that there is no disease or illness that comes from God that can afflict humans that doesn't have some sort of cure, some sort of medicine or treatment. My interpretation of whether or not a substance itself is haram, or prohibited, depends on intention. The intention of behavior in Islam is one of the most crucial determining factors for whether something is wrong."

What of illnesses that don't have the dramatic optics of cancer or epilepsy? Acute chronic pain is a condition that resulted in the over-prescribing of opioids, resulting in an epidemic which kills an average of 130 people per day. Those were medicines prescribed by physicians, so is the choice to use cannabis to avoid or replace opioids haram?

What about a woman who smokes to address PMS? If by treating her symptoms she becomes slightly high and is happy and relaxed from being free of pain, is that halal? Should someone using cannabis for a legitimate medical purpose stop, because a potential side effect of its use is reconnecting with some degree of joy? In the proper doses, cannabis can bring relief from myriad symptoms while also making the user feel something not so much intoxicated as elevated. The mental weight that comes married to physical pain and discomfort becomes so ever present that to be relieved of it, if only for a short while, restores faith and recharges the soul.

It's further complicated when addressing psychological matters. Many people use cannabis for PTSD, ADD, ADHD and depression, but these are all internal ailments which don't easily show. How does this treatment differ from someone undergoing chemo? If the goal is to ease suffering and restore a quality of life, then it doesn't.

"Behold, I have given you every plant yielding seed that is on the surface of all the earth, and every tree which has fruit yielding seed; it shall be food for you." - Genesis 1:29