Wildlife conservation has often been associated with large tracts of state or federal land. Private lands, often in agricultural or forestry operations, also play a key role but the owner may have conflicting interests between land use and wildlife habitat. For some private landowners in Oregon, these lands are enrolled in agricultural or forestry tax assessment programs, thus incentivizing landowners to gain a tax advantage in the process. For other landowners wishing to enroll their property into a wildlife conservation program, that option, for some, also exists.

In 1993, Marion and Polk counties began a Wildlife Habitat Conservation and Management Program under the direction of the Oregon Department of Fish and Wildlife. The successful pilot project expanded to include all Oregon counties in 1997. Only landowners with lands zoned for agricultural or forestry exemptions can be admitted into the WCHMP program, which provided these landowners with incentives to voluntarily protect or enhance wildlife habitat on their properties. 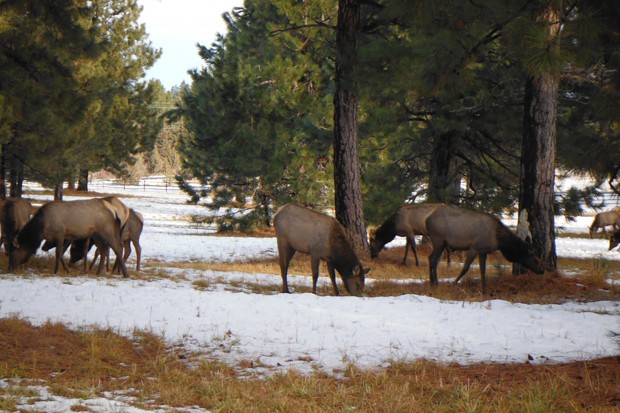 The program's goal is to increase opportunities for the state to attain conservation goals as defined in the agency's overarching guiding document, "The Oregon Conservation Strategy," which defines specific habitats and species that are targeted for protection. But due to some administrative changes and the passage of House Bill 3564, which made inclusions of lands under special assessments mandatory, a rule which some counties found too restrictive, 22 counties opted out of the program while 14 remained.

In 2003, the Oregon Legislature passed House Bill 3616, which "Establishes a property tax special assessment program for wildlife habitat. Allows State Fish and Wildlife Commission to designate certain land as eligible for wildlife habitat special assessment upon request by governing body of county or city." The term "significant native habitats" was defined to include lands which held opportunities for the protection for threatened or endangered species or habitats or were identified in city or county land use planning as important objects. Passage of the bill also allowed for cities to participate, cleared up some structural improvement issues and established wildlife habitat special assessment guidelines for county assessors and state agencies.

ODFW is always happy to explore opportunities for improving wildlife habitat with landowners, but not every property may be a good fit for the WHCMP.—Joy Vaughan tweet this

In 2004, the Oregon Fish and Wildlife Commission adopted administrative rules passed by the 2001 and 2003 Oregon legislatures. This change allowed for landowners to transfer their original agricultural or forestry exemption into a wildlife habitat conservation status.

"Approximately 75 properties are currently enrolled in Deschutes County, ranging from a dozen to a couple hundred acres," said Joy Vaughan, ODFW's land use and waterways alteration coordinator. "It's important to note that ODFW has shifted away from enrolling small-acreage properties and lower-quality habitats and is currently limiting the number of plans due to workload constraints." This allows ODFW to focus more on landscape-scale habitat benefits and connectivity opportunities.

"For qualifying properties per ORS 308A.427 our office applies a special assessed value to the qualify land, which typically results in a reduction in annual property taxes," said Eric Sexton, registered appraiser for the Deschutes County Assessor's Office. "WHCMP is a tax deferral program, not an exemption, meaning if the property were to fall out of compliance with the program, ODFW would request our office to remove it from the program, or if the owner voluntarily opts out the program, there is a potential additional tax liability." 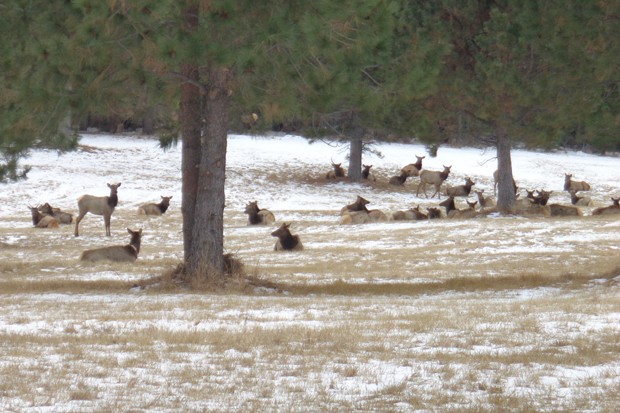 For Bend resident Jennifer Horsman, her process of converting her agricultural exemption into the WCHMP began after her husband, Bud, passed away in 2017. "If I wasn't farming the land, there goes my farming tax deferral," said Horsman. She contacted the Deschutes County Assessor's Office to help her figure out what to do next. "Eric [Sexton] happened to be the right person at the right time for me to talk with and who knew about the WHCMP program," added Horsman. Sexton directed her to ODFW's website where she downloaded the program's brochure, a list of instructions and a landowner interest form. "Having to go through the step-by-step process describing current land uses, homestead acreage, fence lines, soil types and other aspects of my property, as well as land uses on surrounding properties, that just about did me in," said Horsman.

Several trips back to the Assessor's Office to gather information, Horsman eventually completed the initial interest form and submitted that to ODFW.

After a review and site visit by an ODFW biologist, Horsman's 30+ acre property is located in winter range for deer and elk and has other habitat attributes such as a pond, riparian vegetation, pollinator habitat and screening, completed her formal plan proposal to ODFW and was accepted into the program in August 2020. 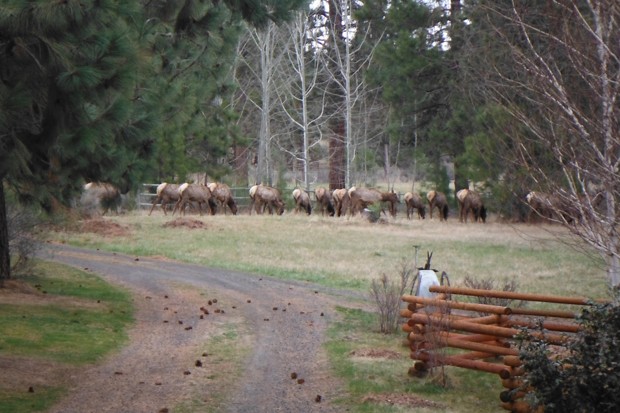 "Maintaining intact undisturbed wildlife habitat on a property is much more effective and practical than attempting to rehabilitate a property that is no longer in its natural condition. Each property is unique, so it's not a one-size-fits-all for what program or management objective may be needed," said Vaughn. "ODFW is always happy to explore opportunities for improving wildlife habitat with landowners, but not every property may be a good fit for the WHCMP."

For Horsman, now comes the fun part of improving her property to meet the conditions outlined in her plan, such as installing nest boxes for birds, controlling invasive weeds, using no-till drilling to plant native seed mixes, and planting additional willows and shrubs around her pond to create more habitat. "I learned a lot through the process and was thankful for all the help the county, ODFW, and Tumalo Irrigation District provided along the way," said Horsman. The wildlife thanks her, too.