Las Vegas has always had a lot to offer, and now Sin City also has the welcome recent addition of access to legal recreational cannabis. But, just like Oregon, there aren't many legal options for consumption of cannabis after it's been acquired. Homeowners may consume in their abode, but with Vegas hosting more than 40 million tourists per year, that leaves the majority of cannabis consumers with no place to consume—streets, cars, casinos and hotel rooms are not legal spaces to light up or vape. 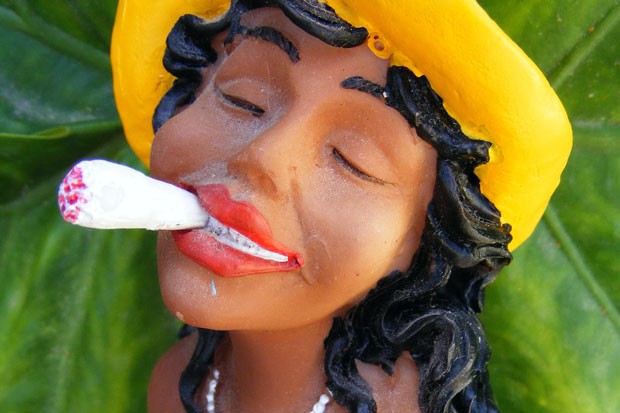 A bill in the Nevada legislature to allow establishment cannabis lounges was defeated, but that didn't slow the roll of those who wished to roll and puff puff pass. Per the Leafly website, an effort which has been underway for the past 18 months to convince the Las Vegas City Council to allow the smoking lounges gained approval this month.

Licenses for the consumption spaces will only be issued to those who hold a dispensary license. At present, there are a dozen dispensaries in Las Vegas, with an additional 10 expected to open before the end of the year.

A number of rules will be put in place to appease the powerful gaming and alcohol industries, but they are reasonable ones:

• The lounges may not be based within a dispensary, but can be adjacent. • No alcohol may be served, but non-alcoholic food and beverages may be offered. • Windows must be blacked out, and lounges must be located indoors with no access to the outdoors. • They cannot be located within 1,000 feet of an established property offering gaming. • This applies only to the dispensaries located within City limits, with the exception of the dispensary run by the Las Vegas Paiute Tribe. Thanks to a deal with the state, they are exempt from federal regulations regarding cannabis commerce, including lounges.

This is Vegas, so you can expect some luxurious offerings. Leafly reports that two lounges in development will have 7,800 and 8,000 square feet of space, and offer much more than a few couches and big screens blaring ESPNs 1 through 8. One will offer "over a dozen separate rooms with private areas for playing virtual reality games and dominoes, a recording studio, a CBD product store, and even a boardroom for groups that have expressed interest in holding meetings there." Another will offer "a makeshift concert venue, massage parlor, yoga studio, and private event center." That may pale in comparison to what the Paiute Tribe has in store for an 11-acre parcel of land next to their dispensary, which they have stated will become a consumption lounge "when the time is right."

For now, Oregon has no plans to address the lack of spaces for compliant consumption, choosing instead to sell cannabis, then penalize those with audacity to consume what they have just paid a 20 percent tax to acquire. Way to go, Salem.