September 01, 2020
1 comment
As families grapple with the reality of online education for all ages in the midst of the COVID-19 pandemic, some are starting learning pods, while others compete to make the cut into recreational and nonprofit programs. 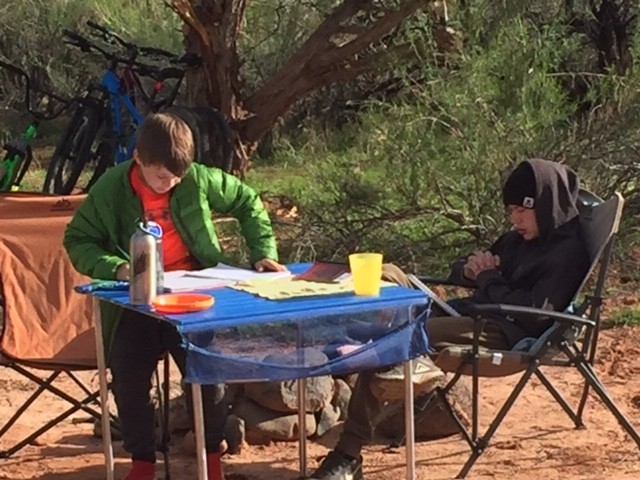 Shannon Sbarra runs Volcano Veggies along with her husband, Jimmy. It’s more than a full-time job, and she’s also raising a 3-year-old daughter and a 7-year-old son. When Bend-La Pine Schools announced in July that school would be all online this fall, Sbarra began networking with other parents and close friends to organize a learning pod for her older child. She started a Learning Pods Facebook group in early August to expand her network and help facilitate pods for others in Central Oregon. So far, the group has grown to 2,100 members, and 600 people have filled out Google forms in hopes of finding “matches” with other parents.

Learning pods, sprouting up all over the U.S. in response to school closures, are designed to share teaching and childcare duties with other parents, while providing students time to socialize. Pod leaders might help kids stay on track with their assignments and offer academic support, depending on the leader’s skill level. Some parents hired teachers to tutor their pods, while others look for other parents willing to trade days teaching and taking care of the group.

Alyce Pearce is running Minds Outside, an enrichment learning program for six students, housed in her carport that is now an outdoor classroom. Her goal is to keep kids away from screens by bringing the BLPS curriculum to life with hands-on problem solving and projects.

Pearce, an licensed educator, was inspired to start the program after reading about the open-air schools that opened all across the U.S. in response the tuberculosis epidemic in 1907. She said the most immediate need she saw was from parents of younger students, which is why her program is for elementary school kids.

“Most people aren’t doing pods for middle and high school,” Pearce said, who has a son entering 6th grade. “Kids are independent at that point. Online school becomes a lesson in accountability; they are pairing up with their friends to study on their own.”

Hard to find a match

Sbarra of the Learning Pods Facebook group said she estimates about 10% of parents in Bend have hired a teacher or a nanny to lead their pods. Meanwhile, the majority are still struggling to find matches.

Immediately, Sbarra recognized issues on the message board as families tried to match. Some families were vigilant about COVID-19 hygiene; others were more laid back about masks. Some wanted a Christian learning experience, while others wanted play-based learning. Some had to work full-time and couldn’t take on teaching duties, while others wanted to rent space somewhere for a highly structured experience.

“There are real concerns about sending your child to another person’s house: gun safety, child abuse,” Sbarra said. “Some children have behavioral or learning disabilities that others might not feel like they are equipped to handle. We all have our issues and red flags.”

Sbarra compiled these different concerns into a questionnaire in hopes it would help people find each other, but so far, she said only two groups have officially formed from the online community.

A big part of the decision to join a pod is also married to the brick-and-mortar school where students are enrolled, because curriculums vary widely between schools. And nestled into that is which students will be together in what classes. That information will not be released until a week before school begins, according to Alandra Johnson, the communications specialist for BLPS.

Phil Chang is the Democratic nominee for Deschutes County Commissioner. His 12-year-old son is entering 7th grade in a few weeks. Chang became interested in networking on the learning pod platform because he didn’t want a repeat of last spring.

“Class structures varied from school to school,” Chang said. “While some schools went fully online, and met at regular times with their teachers as if they were in the classroom, with my son’s school, he had a bunch of assignments, and class times were used more like help sessions for people who had questions. It didn’t work very well.”

Like Sbarra, even though the start of the school year is just weeks away, Chang still hasn’t found a pod for his son, and one reason for that is because so much is still up in the air, he said. He’s even considering switching to the Bend-La Pine Online program in hopes that a more established online system might offer more consistency as well as the chance to join a pod with other families doing BLP Online. No matter what, he wants his son to stay in a district program because enrollment is tied to how schools are funded, he said.

“Spring was hard for everyone,” Chang said. “But if my kid is going to be part of a class, I want it to be better than it was in the spring when the schools had little time to prepare.”

On the Learning Pods Facebook message board, some local parents mentioned their desire for inclusivity, suggesting to others that they should include kids that can’t afford to pay for a tutor in their group. Pods can accelerate inequities because in some ways they are akin to starting mini private schools, Sbarra said.
Beyond the 10% of parents who have hired a teacher or a nanny, Sbarra estimates another 10% are hoping to get into the Bend Park and Recreation District’s child-care program (Operation Recreation “Team Up”) or the Boys & Girls Clubs of Bend Club+ program, both designed to serve working parents.

The BPRD program is for students in grades 1-5 and is an extension of the KIDS Inc. afterschool program the district has run for years on the campuses of most local public schools, according to Ariel Méndez, BPRD board member. The difference is this fall is that the program runs during school hours. 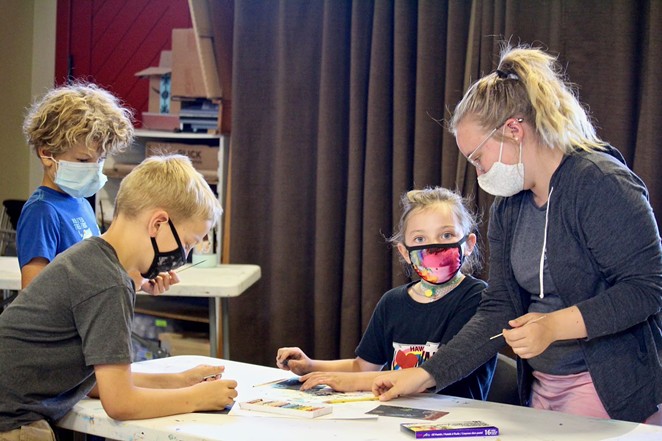 The intention was primarily to present a childcare option for working parents, though the school district will provide some support staff to keep kids on track with their online learning, said Matt Mercer, director of recreation for BPRD.
The application period for the program closed Monday and it has room for 500 students, 46% who have requested financial assistance, Mercer said. The program costs $200 per week, and the district plans to offer fee reductions between 50-90% for some families. Applicants will be chosen at random through a lottery system. The district also has part-time recreation programs for students of all ages.

The Boys & Girls Clubs program is open to 135 students of all ages and will also combine school work with recreation. Seventy-five percent of the spots were reserved for low-income families, and all of the non-scholarship spots are already filled as of Saturday.

BLPS district is also aiming to address inequities by taking advantage of a clause in the statewide restrictions that allow for some groups of 10 or less to meet on school grounds for a maximum of two hours per day. These programs (call Limited In-person Instruction) will prioritize students with disabilities and English language learners, and will be announced this week, said Melissa Barnes Dholakia, a BLPS board member.

Another question coming up: Why isn’t the district helping families organize learning pods?

“While we understand the importance of students connecting with one another, our priority is providing the highest quality distance learning experience we can for all of our students,” said Johnson of BLPS.

Barnes Dholakia said there were many legal and ethical issues with getting involved in pod formation, including the district’s obligation to help students with special needs, adhere to the separation of church and state, follow health guidelines and abide by the legal licensing requirements for teaching and childcare.