On July 13 Oregon's Public Defense Services Commission convened to take the first steps on plans to reform Oregon's public defense system. As of July 8, there were 39 unrepresented people incarcerated in Oregon jails and 65 out-of-custody people who've been arraigned without representation.

Anyone charged with a criminal offense who proves an inability to pay for an attorney is entitled to a public defender, but studies show there are too few doing too much. In January the American Bar Association released a two-year study suggesting that Oregon had 31% of the full-time attorneys needed to adequately represent their clients. A 2019 study from the Sixth Amendment Center found the state's public defender system unconstitutional. 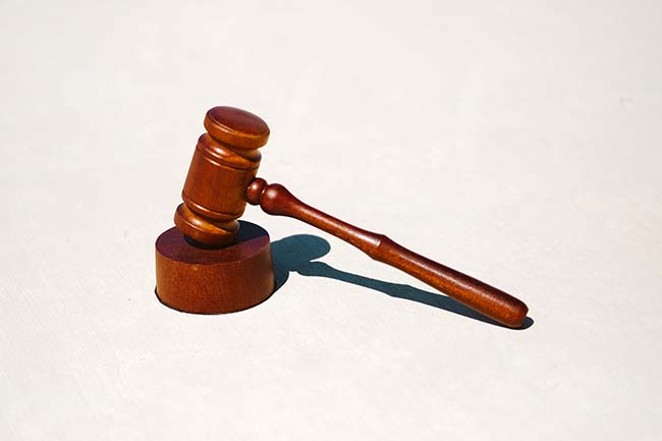 Public defenders represent about 90% of defendants in criminal cases in Oregon, and if no public defenders are available to represent someone it's considered a violation of the Constitution's Sixth Amendment, which guarantees assistance of counsel and a speedy public trial. People working in the court system have seen the underfunding of public defense for years, but the number of people without counsel has propelled the effort to reform the public defender system.

"PDSC is reliant on the Oregon Legislative Assembly for the funds necessary to meet its obligations, and, for too long, those funds have been insufficient. Oregon's public defense system has been underfunded, and trial-level public defense attorneys have been underpaid," wrote Martha Walters, chief justice of Oregon's Supreme Court, in a letter to PDSC. "That is a long-term problem, in need of a long-term, systemic solution. Currently, a legislative workgroup is working on those long-term solutions."

Stephen Singer, the executive director of the PDSC, agreed with Walters and accused the Oregon legislature of being unwilling to pass reforms that address public defenders being overworked and underpaid, leading to a shortage. In March the legislature gave $12.8 million to the Office of Public Defense Service to hire an additional 36 attorneys, and in April Gov. Kate Brown and the Oregon Judicial Department launched a workgroup to analyze Oregon's public defense system.

Walters reported several ways she's attempted to alleviate the crisis in her letter, including relaxing the Oregon State Bar's admissions to recruit out-of-state attorneys, encouraging more case resolution and calling for volunteers to take cases. These steps have made some progress, Walters said, but haven't been sufficient.

Even if we could triple the number of public defenders, that would just allow this overgrown system of high rates of prosecution and mass incarceration to keep growing.—Benjamin Haile tweet this

"The current problem is there are unrepresented defendants. It's current, it's urgent and our plan should be to solve that. We need to collaborate with everybody, we need to do it as soon as possible because this plan needs to be implemented as soon as possible," PDSC board member Thomas Christ said at its meeting on July 13.

The state's ability to represent clients is already being challenged. In May four Oregonians filed a class action lawsuit over its failure to provide a defense attorney, naming the state, Brown and Singer as defendants.

"There's a lot of uncertainty for everyone, and that's part of what's so stressful about this for people—is that they keep being given another court date for a hearing. In some counties it's every four weeks, in others it's every six weeks. And then they just come back and all over again, the judge says, 'Sorry, we just don't have an attorney for you, here's another court date,'" said Ben Haile, one of the lawyers representing the plaintiffs in the class action case.

Haile works for the Oregon Justice Resource Center, a legal rights organization that focuses on low-income and underserved populations. He said he hopes the lawsuit motivates politicians to take the public defense crisis seriously after decades of watching the system drag along. The goal isn't just to provide funding to hire the three times as many attorneys suggested in the ABA report, but to rein in excessive incarceration.

"Even if we could triple the number of public defenders, that would just allow this overgrown system of high rates of prosecution and mass incarceration to keep growing," Haile said. "Instead, prosecutors need to look at real alternatives that do work well to lower crime rates and invest in communities and invest in making everyone safer and getting people who are on a bad path back onto a better track."

Those alternatives include diversion programs, treatment programs, cognitive behavioral therapy programs and homeless services. The U.S. incarcerates more people than any other country in the world both in total and per capita. A Brennan Center report estimated that 39% of federal prisoners could be released with little public safety rationale. The brunt of mass incarceration has fallen on Black people, who are charged at higher rates than white people and other minorities.

"African Americans have even higher rates of reliance on public defenders than average. Also, because Black people tend to be held in pretrial detention at higher rates. That's one of the key areas where people are harmed by not being able to get a public defender," Haile said. "If they had an attorney, that person could do the initial sort of investigation and legwork to file a motion to lower the bail or have the release conditions changed to supervised release."

The crisis among public attorneys is most acute in Douglas, Multnomah and Washington Counties where 10 or more people are being held without representation. Deschutes Defenders, who represent about 2/3 of public defense cases in Deschutes County, said they didn't experience quite the pressure that those counties did when speaking to the Source in February, but as of July 8 there was one unrepresented person in custody in the county.