As the presidential election looms, legislators show their hands on where they stand

Regular readers of this column (hi, Mom) will attest I am a strong proponent of cannabis legalization at the national level. Not simply rescheduling cannabis from Schedule 1 to Schedule 2 or lower, but full out descheduling, and making it a legal commodity. Which is the dream, but that won't happen until the great white Jeebus shows mercy on us all and...no, wait. Legislative action; it won't happen until there is legislative action. I always get those two mixed up. 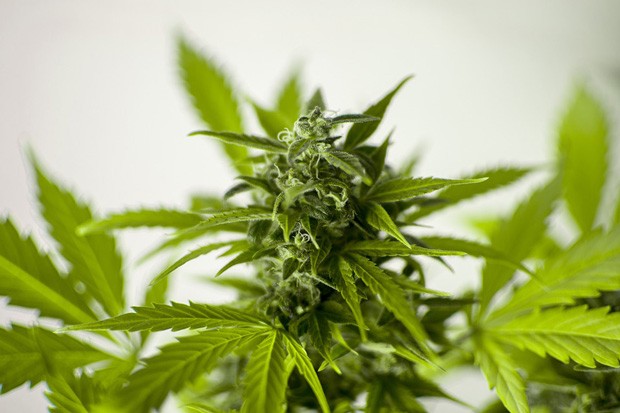 Political support for such action has never been higher. Numerous polls show that 60%+ of Americans favor legalization of cannabis, according to a survey from General Social Survey, the trend survey gauging support for legal marijuana since the '70s.

"We'll see cannabis legalization very soon," is regularly opined by many, but...will we? Really? And when it does, how will it look—taxed and regulated in the same manner of any other agricultural crop with the capacity for creating products which intoxicate, such as hops, corn or potatoes, the Devil's Tuber? Or will new federal taxes be added, which in a state such as California, with its unreasonably high taxes already imposed upon production and sale, rise to a combined tax rate of 50% or greater?

Let's start with what we do know, because there's a tremendous amount of activity around cannabis going on. It's nearly impossible to keep up with every cannabis-related piece of legislation. As Marijuana Moment helpfully notes, "There are now 1,138 cannabis-related bills moving through state legislatures and Congress for 2019 sessions." Then there's the question as to where each of the "that's waaaaaay too may" 24 people running for the Democratic presidential nomination stands, as well as our rapidly sundowning Baby Cager in Chief.

The team at The Hill believes that the STATES Act could “enable pro-pot ballot initiatives in virtually every swing state in 2020 that will tip the balance of the (presidential) election in favor of the Democrats.” tweet this

One of the amendments recently introduced by a three-member bipartisan group (including Oregon's Rep. Earl Blumenauer) and upon passing the House of Representatives late last month, became a big deal. This amendment was originally presented for consideration in 2015, and failed by fewer than 10 votes. This time, it passed 267-165. It prohibits the Department of Justice from interfering in states' cannabis programs, specifically "from implementing their own laws that authorize the use, distribution, possession, or cultivation of marijuana." It remains to be seen what the Republican-controlled Senate thinks about the amendment, and it may well undergo a through reworking, or quick death.

As it was written as a companion piece to The STATES Act (Strengthening the Tenth Amendment Through Entrusting States), co-sponsored by Sen. Elizabeth Warren and Sen. Cory Booker, it has similar goals regarding funding and enforcement. The team at The Hill believes that the STATES Act could "enable pro-pot ballot initiatives in virtually every swing state in 2020 that will tip the balance of the (presidential) election in favor of the Democrats."

Booker doubled down on his cannabis cred when he also announced last month his plan as a presidential candidate to grant clemency to 17,000 Drug War prisoners through his "Restorative Justice Initiative," which would include cannabis-related convictions, those disproportionately impacted by sentencing on powder versus rock cocaine charges, and others.

Booker isn't the sole Democratic presidential candidate calling for changes in federal law regarding cannabis. The site Medical Marijuana Inc has a frequently updated comprehensive running scorecard of the candidates' cannabis positions, and shows 19 of the 24 announced candidates with a "100% rating" on medical and recreational legalization.

The web is filled with many hot takes as to where #45 stands on medical and recreational marijuana. He's expressed support for medical, but has also weighed in on Colorado's recreational program by saying, "I think it's bad, and I feel strongly about that." More recently, regarding the STATES Act, he said he would "probably" support it. He's not seemingly interested in federal rescheduling/descheduling cannabis, but there remains the possibility that he might change his position based on his political fortunes as the election grows closer, including a Hail Mary "October Surprise" announcing such action.

None of this matters if voter turnout is soft, so now, as always, be sure to be registered and turn out on Election Day.