The high desert is also a childcare desert. Rep. Jack Zika tells the Source Weekly how he's working to address the issue through legislation

Central Oregon has a short supply and high cost of child care. Oregon state Rep. Jack Zika (R-OR54) is trying to ease the burden on parents with House Bill 3073, which consolidates early learning services into a single entity and declares the shortage an emergency. 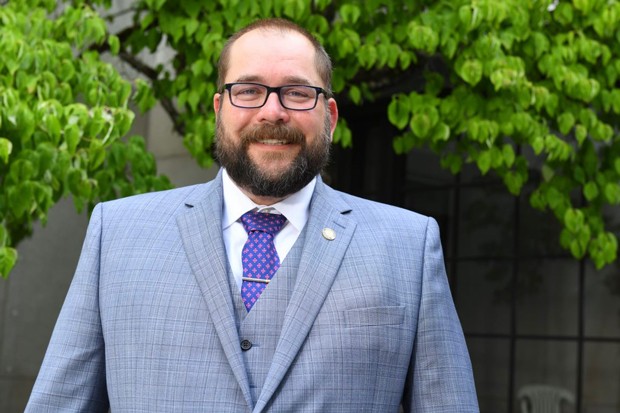 Jack Zika: We consider it a child care desert, because there's only a spot for two out of every 10 children that need it, and then it's unaffordable. If you have a couple of kids, you're looking at $2-3,000 in child care per month—that's a tuition payment for college. So, we realize that the state needs to focus more on our pre-K kids, and the providers, parents, children, we need to provide more resources, we need to have better access to affordable child care. In the pandemic we had CARES Act funds, about $78 million, and the Early Learning Division, which is a division out of the Department of Education, had a really hard time getting those funds out because they didn't have enough people. They didn't have enough of their own resources. So Representative [Karin] Power [D-OR41] and myself, this is about a year and a half that we've been working on this with the Department of Human Services, the DOE, ELD, Oregon Health Authority, child care advocates, the governor's child care cabinet, and Childcare Council, and then they had a taskforce on child care.

SW: And how would this address the shortage?

JZ: It establishes DELC, the Department of Early Learning and Care. When we had the CARES Act funds they couldn't get them out. Rep. Power and I worked all summer trying to help them get the resources, get the people those funds to make sure that their providers weren't closing. There's been a lot of businesses that were closing, including these childcare facilities. And they weren't closing temporarily; they were going to close forever. We wanted to make sure that we had those because during the pandemic, because we found out that the essential workers for the essential workers are the day cares. If they can't have some place to take their child to, then they can't go to work. So, we really needed to focus on that there as a priority of the state that should be starting to look at that. It's a priority of a lot of Central Oregonians and Oregonians in general, but they were really worried about where to take your kids when there's not enough child care providers, and when you find one it's too expensive. Another thing that the 3073 does is it expands the employment-related child care funds, and who is eligible for it. It tries to keep that family portion payment low, because right now they're low because of the pandemic, but they're going to eventually go back up. This attempt on keeping those payments low, so people aren't spending their whole paycheck on child care.

SW: And looking over the bill, there seems to be an emphasis on education. Is there a shift going on in childcare more towards early education for school readiness, rather than just day care?

JZ: That'll be something that we look at once the department is established. There's a study bill within there to try to figure out where we go from here. Other states have done universal pre-K, which is not mandatory, of course, it's optional, and then we'd try to keep it that way. But what do parents want for their children? Should they be ready for school? How many words can they say before they get to kindergarten? Do they know their letters? That's part of the focus of the department is where do we go from there, and is the universal pre-K a part of that.

SW: This was just one of the child care bills you've been working on this session. What are some of the other cracks in the child care system that can be approached through legislation?

JZ: So one of the big ones that I did was 3109, and that was something I've been working on since I was a planning commissioner for the City of Redmond. That was saying that the cities cannot charge more in permit fees or business fees or SDCs [system development charges] than any other business, because a lot of our cities, including Bend and Redmond (however, Bend and Redmond have since then fixed a lot of it) has charged the transportation SDCs that were tremendously expensive. In Bend, $50,000 for transportation SDCs. Nobody can afford to open up a business if you have to spend $50,000 in fees. In Redmond it was an unconditional use fee. And that was $7,000—but why do you need to spend $7,000 to open a day care rather than opening up a frozen yogurt shop? It shouldn't have been that way. Redmond took away that non-conditional use fee, and that was something that I worked on when I was in the planning commission. Bend fixed the transportation fee, so it's a lot lower. What this bill does, it says that the city cannot charge more than they would in a regular business, and it makes an allowable use in commercial and in residential—and even parts of industrial, as long as it's not heavy industrial. Les Schwab has the commercial center over there, that's industrial land, so they would be able to have a day care facility. And then also, we amended it to allow it in rural areas, co-located with a school or church or some other preschool. So, if there's already one of those in existence, they can co-locate a day care in there without any questions asked, without any additional steps where they weren't allowed before. So that is all passed. And that was a big bill for child care for providers to eliminate red tape—to eliminate those barriers to entry to enter into that business, that one was a huge, huge bill for day care.