March 11, 2020
comment
Update 3/12: The NCAA announced today that due to concerns around novel coronavirus, both the Men's and Women's tournaments will be canceled.


Every year March comes around same as always, and every year I'm still pumped for March Madness. It's truly a beautiful thing—and should perhaps be considered the ninth wonder of the world. It's fun to fill out brackets, see the buzzer beaters, become fans of your favorite new underdog school and witness some of the most talented young athletes perform on the big stage. For Oregonians, this year, our state's schools will be right in the spotlight.

Both the men's and women's teams at the University of Oregon have caught a lot of attention this year, and as of this writing, are ranked at 13th and 3rd in the AP top 25 polls. At Oregon State, while the men's team has struggled, the women's team is thriving and currently ranked 14th. 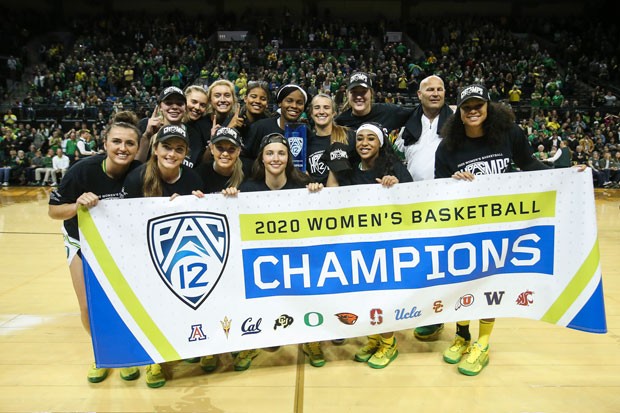 Here's a look at the teams that will represent Oregon, and how they might fare come tourney time.

You really don't have to look further than Sabrina Ionescu to point out what this team has going for them. The senior point guard is not only becoming an Oregon legend, but a household name around the nation with basketball fans. She has the most triple-doubles ever by any NCAA basketball player and is the first player ever (male or female) to record at least 2,000 points, 1,000 rebounds and 1,000 assists. 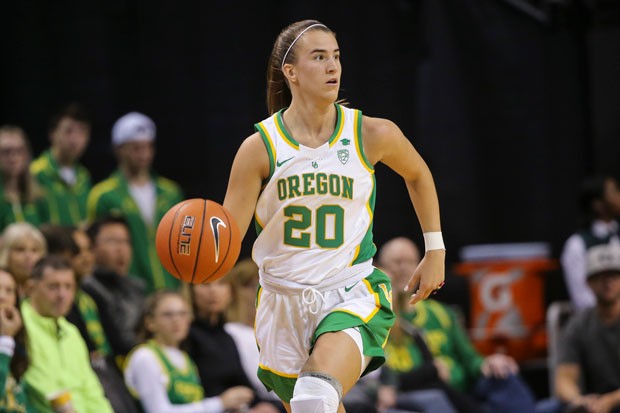 Beyond Ionescu, Oregon's roster is deep. Fellow senior Ruthy Hubbard is dominant in the paint and is the team's leading scorer. Satou Sabally and Erin Boley can shoot your lights out and the Ducks have the highest scoring offense in the league. They beat Team USA and are 10-1 vs. ranked opponents this season. If they aren't your favorite to win the tournament, they should be.

The Beavers are tough this year. In both Civil War games this season they played the Ducks pretty close. As a testament to how good this team actually is: Stanford, the #3 ranked team, lost to the Ducks by 32 points in just one game, whereas over two games the Beavers only lost by 19 points combined. They might not have as many big wins as the Ducks, posting a 4-6 record against ranked opponents this season, but even in losses they play the good teams close—an important trait to have as a team come tournament time. Right now the Beavers are projected to be a four-seed in the tournament, and they have upset potential if they happen to come across a one-seed down the road. They out-rebound opponents by almost 11 per game and have the grit to possibly make it out of the Sweet 16, along with the experience of already playing some of the country's top teams.

This team has been on a roller coaster this season. While there have been more ups than downs, some of the downs are pretty low. They have some bad conference losses against Oregon State and Washington State, and close losses at now second-ranked Gonzaga and formerly ranked North Carolina, who might sneak in as a 16 seed to the tournament. Highs include beating Seton Hall and Michigan, and the Ducks have a record of 6-2 against ranked opponents this season and are 15-0 at home.

The Pac 12 is pretty tough this year and might send seven teams to the tournament, so Oregon's conference record of 11-5 shapes up pretty nicely considering the level of competition. Led by West Linn's Payton Pritchard, the home state senior is now officially a semi-finalist for the Wooden Award. He's shown over the years that he often plays best in big moments, and with Pritchard's experience in the tournament, a deep run is definitely a possibility for this team. But... so is an early exit.