You can find a restaurant like this in nearly every town in the USA. Here's what's good at this one, new in Redmond 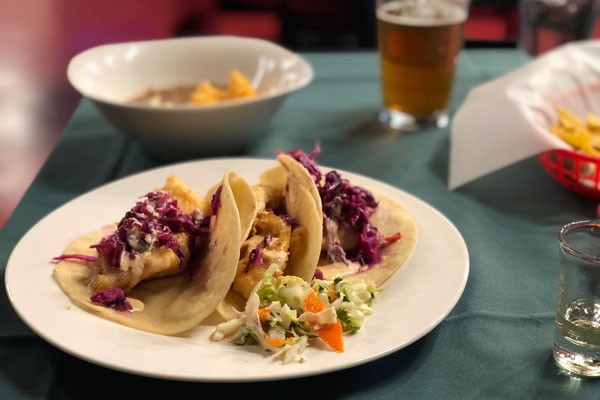 "Turn here," I said as we approached Glacier Avenue in Redmond, progressing down a dark street with no signs of activity. "Are you sure this is right?" my partner asked. Google maps said we were where we should be. At the end of the street it looked like there were no open businesses, but around the I saw some lights.

We pulled into the empty parking lot, the Mi Cantina Grill and neon beer signs glowing in the windows. Peeking through the windows, we didn't see a single person inside. It was a bit early, around five on a Saturday evening. We were hungry after a late afternoon run at Smith Rock.

I wasn't expecting much. The woman behind the bar looked small compared to the size of the room. You can find a restaurant that looks like this in every small town in the USA. The interior was basic but clean, with 12 or so standard four-top tables. could fit double or triple that number. Behind the bar was a decent selection of tequila and the counter was lined with containers of tequila fruit infusions. Thus far, nothing out of the ordinary.

Opposite the real bar was another that could seat 30 or more. Tucked in the back of the restaurant was a stage set with musical instruments, microphones and lots of speakers. In the evening Mi Cantina Grill brings in bands or offers karaoke.

I was ravenous after our run so I didn't wait to dig the chips and salsa brought to our table. I dunked a tortilla chip into the red tomato salsa, featuring chunks of fresh diced onion that were a bit overpowering and heavy cumin. The salsa was average, something you could easily get from the grocery store. It lacked the salty, tangy heat of a really good hot sauce.

We started with an appetizer of guacamole the mucho tropical infused tequila margarita, arriving with both a stemmed glass with a chile salt-rim and a lime wedge garnish and a pint glass with the overflow. For $8, getting what felt like two drinks pretty awesome. The margarita was so easy to drink, with the pineapple soaked tequila really smoothing the liquor out. I'd come back for the margarita alone but next time I would hit happy hour. For $6, you get a house margarita and three street tacos. That's worth a drive to Redmond, right?

My partner, meanwhile, wanted a tequila flight, available in the four standard tequila categories: , reposado, añejo or . He went with the añejo: tequila aged in small oak barrels for a minimum of one but less than three years.

For the guacamole, we watched our server scoop out a ripe avocado and mash it in a bowl, adding chile, tomatoes, onions, and mango. She squeezed fresh lime, poured some salt and mixed it all together. The guacamole was zesty, subtly sweet and had a great crunch from the onions. We scraped the bowl with our chips to get every last, scrumptious bite.

For I ordered the regular combo with a beef chimichanga and a pork enchilada. My partner order the fish tacos, which arrived first. The fish was breaded, fried and topped with red cabbage and a lemon reduction. On the side was an escabeche of pickled cabbage and carrots that also accompanied the rice and beans. The fish tacos were light and the cabbage provided some additional texture. The rice and beans were surprising standouts, especially combined with the escabeche. After my partner tried his dish he said, "I would have never thought it would be this good here."

I have to agree with him. I was surprised at the deliciousness of the food. By the time our dinner was served the restaurant was filling up. I think it gets more crowded the later it gets; they are open late. The food at Mi Cantina Grill is approachable and the flavors subtle. You aren't going to be punched in the face with spice here but you will definitely get a filling, yummy meal. And hit that happy hour!