As soon as possible, our local film reviewer headed to the cinema for an in-person show. Here's why he's not going back anytime soon.

I missed seeing movies at the cinema more than I can say. The massive sound, the huge screens and the brand-new releases were all things I was deeply missing in the age of COVID. At the same time, it makes perfect sense why Regal Cinemas nationwide were closed. Being inside a box full of strangers during a pandemic sounded like a pretty stupid idea and no new movie would really be worth subjecting yourself to that petri dish.

But then I checked the movie times and saw "Tenet" was opening a few days early: on Monday night, instead of Thursday. Thus began the dark night of my soul. Am I enough of an idiot to risk going to the theater just to see the new Christopher Nolan movie? Would I willingly put myself in danger just to go see an epic sci-fi blockbuster from the director of "The Dark Knight" and "Inception?" 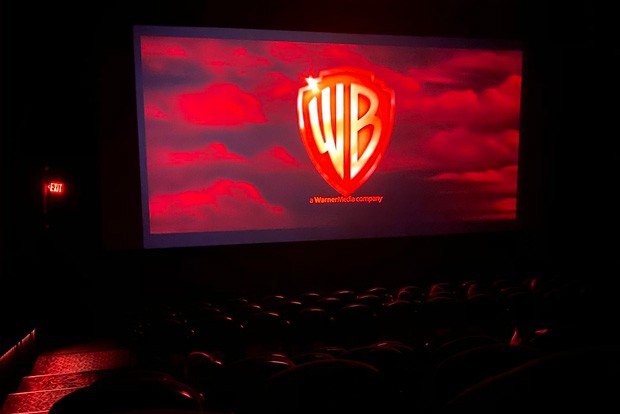 Here's the short answer: Yes, I am that much of an idiot, but I was stupid in the best way I knew how. Here's how I did it. First, I'm not stupid enough to even attempt going to see a movie over the weekend. The Old Mill sometimes has thousands of people down there at once, most of them headed to see a movie. So, I went on a Monday and I picked a seat the farthest away from all other people possible.

Honestly, I was expecting the theater to be a sh*t show. I know the local managers are intelligent and caring people, so I figured they would do their best, but sometimes audience members can be the absolute worst, and getting everyone to follow proper social distancing seemed like it would be a nightmare.

I was wrong. From the moment I walked into the theater to the moment I left, I never touched a single thing in the theater and I never got within 6 feet of another person—except when touchlessly showing the employee my E-Ticket. All the people I saw in the lobby, employees and customers, were masked and socially distanced. I avoided the concessions counter.

Every other row in the auditorium is kept empty, so no one can sit directly above and behind you, blasting chunks of partially masticated popcorn down the back of your neck. Three seats on both sides of you and your group are left open. I was nowhere near another person.

Here's the thing: regardless of how safe Regal keeps the theater, I was still taking a chance with my safety just to go see a movie—not to get groceries or do something important and necessary. Just to do a thing I've been missing doing since March. But I told myself before going that if there was ever a moment where I felt unsafe, then I would take off and write an article about why I utterly failed to review a movie this week.

I didn't feel unsafe. I stayed masked for the entire 150-minute runtime of "Tenet" and it was fine. Oh yeah, and so was "Tenet." It's big and weird and I didn't understand huge chunks of what happened, so I should probably go again, but it definitely feels more like "Inception" than it does "The Prestige." You can probably wait for streaming.

I'm not recommending anyone go see a movie at a theater right now. If I could have seen "Tenet" from home or at a drive-in, I probably would have. All I can really do is try to keep myself and the others around me as safe as possible while I'm out in public and, surprisingly, Regal never made me feel like I was compromising that safety just to watch a movie in a big dark room.

Instead, it felt like the tentative steps toward the new normal.

If I get the 'Rona because I went to the movies, then I am basically the stupidest person alive. Check back with me in two weeks. I'll be in my house until then.