RE: My Time with Tom Feature, July 28

Dan Mooney's piece was so enjoyable to read, that I'm keeping it for many re-reads. Please encourage him to write more of his recollections from his interesting life for publication!

Editor's note: Reader Steve Eberhard read "My Time with Tom" and then went back in time to read former pro skier Dan Mooney's first feature story from November 2019, "Moondog Goes Pro." Eberhard then wrote in to share his own memories from ski days gone by: 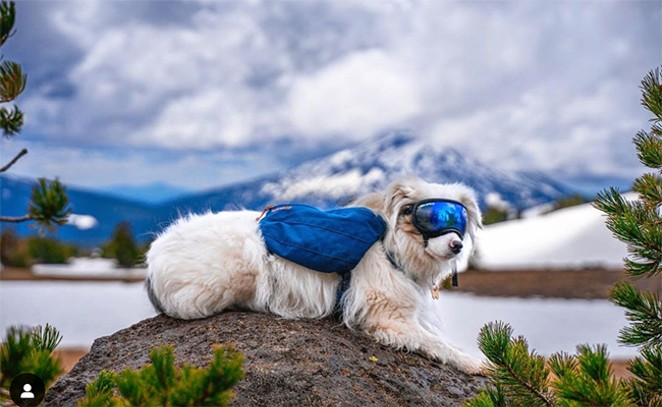 Great read, this was back in my heyday downhill and XC skiing 80+ days/ year, would get up and go skiing, load milk trucks in the afternoon then to rugby practice in the evening two nights a week; riding my 10 speed from Redmond to Sisters on the weekends, playing basketball there on the city court with friends and then ride back to Redmond... it was all good until I blew out my knee skiing the old school 6' moguls on Thunderbird. Ah crap, I guess I need to go to college now! All the characters and places in this story were my idols and dreams partially came, mostly come true. I was sooo envious of Spider Sabich, great skier and he was with uber hot Claudine Longet although that didn't work out well in the end... Thanks!

Leave Your Party Hat Agenda at the Door!

City of Bend website "As stewards of the city, we are accountable to the people of Bend. We are committed to serving everyone equitably, creating a more connected community, and preserving Bend's spirit as we grow."

I am certainly not feeling like the Bend City Council is aligning with this statement. It seems as though they have an agenda and are not listening to their constituents and community. Proven when they passed the "Shelter Code Amendments" despite a majority of Bend residents' disapproval.

I met with Chris Piper for the first time who announced his candidacy for Bend mayor position. Upon meeting him, I found him to be a great listener, surprisingly likeminded and I got the sense that he was proud to be a Bend resident. I was quite surprised as I voted for his opponent as he holds an (R). In retrospect, my votes were based on being traumatized by Trump and how the Republican party no longer resembles the party I know. Perhaps independents and Democrats like myself voted for a slate of Democrats not vetting them although they ran on platforms we resonated with.

Chris Piper actually represented a lot of the same values, beliefs and ideas on current issues and I support him. One thing that struck me from our conversation is him stressing how important it is to leave your party hat and agenda at the door and represent for the greater good of the community; one must be a good listener and not have personal agendas when dealing with community issues. Vet candidates and not just vote party line. I will certainly leave my party hat at the mailbox when I cast my vote.

Vote to secure your freedoms in November

Voters in Oregon's Congressional District 2 have a choice. Voters can vote for Dr. Joe Yetter, who supports freedom – *Freedom to make your personal health-care choices, including obtaining contraceptives, without government interference. *Freedom to travel to exercise your right to get healthcare. *Freedom from fear of gun violence. *Freedom to have your vote counted. *Freedom to live in a world not threatened by climate chaos. Or they can vote for Cliff Bentz, who voted against every one of those freedoms.

Yetter is a retired military doctor who now has a farm in Douglas County. He will put the interests of his constituents first. He has already lived up to his oath to support and defend our Constitution.

Bentz had his chance to prove he was worthy of sitting in Congress. But his very first vote was to support the January 6 Insurrection. Bentz has failed us again and again.

Vote for Dr. Joe Yetter because "Yetter is Better."

RE: Water Woes for Farmers Feature, 7/14

This land has a history way before the irrigation district was created. During that time the people prioritized the river, the natural rhythm of local plants and animals with the goal of living as stewards and in harmonious ways. Then the 1800s came and the Indigenous people to this land were displaced at gunpoint to give way for the "advanced civilization" of the Anglo colonizer that brought the marbles of their inventions like our current irrigation system.

As their faulty system crumbles we are asked to look at the 2022 Anglo colonizer with pity when drought is their creation. We must ask, how many Indigenous people have irrigation rights outside of Warm Springs? How many immigrants that work the land will have access to own the land with the same rights as the "first-class farmers" in the area?

Indigenous communities of the Americas have dry planting methods, an understanding of local first foods and how to protect the land and water amongst their knowledge. The exploitative Anglo-centered capitalistic economic system the world lives under will never be able to do what Indigenous communities can. Let's address drought at the source! And let's focus the conversation on those with the answers rather than those looking for their piece of the "wild west."

Joanne: Thanks for submitting this important message. Come on in for your gift card to Palate! For those who'd like an introduction into the topic of Indigenous land stewardship and reciprocal relationships, I personally recommend reading the book "Braiding Sweetgrass."