When times are tough and the days are long, our precious pets are always there for us. Twice a year, our pet-loving team at the Source Weekly dedicates our issue to all things pets—and that time is now! Check out the stories starting after page 16, including a look at the fate of all those pandemic puppies—are they really getting sent back? And did you know that horses and goats and other livestock have their very own shelter? Plus, Central Oregonians share the zany names they've chosen for their beloved backyard hens. Get all that and more in this version of Central Oregon Pets! Have a great week and thanks for reading. 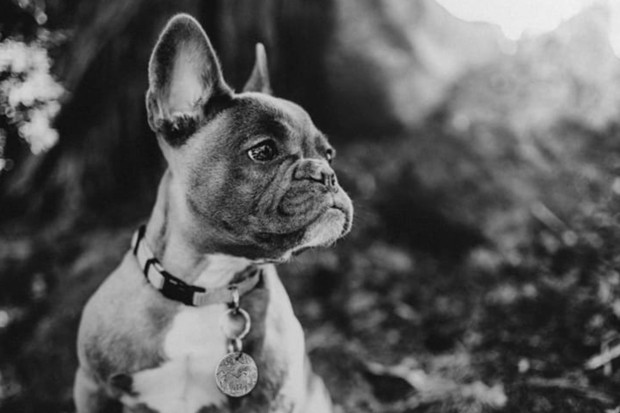 Many of the unhoused I know in Redmond do have jobs. Heck, if I didn't have my house I don't know that I would be able to afford rent here. And I work full time and have a decent salary. You see help wanted signs because service industry workers have left. We are back down to pre pandemic unemployment, and we had a hiring problem before the pandemic hit. The path to a solution is not as simple as "get a job".

This article is so misleading and disappointing to read. Sure there are those who speak in fear of the camp and at first thought is Hunnel Rd. That is because the City Council never communicated with the surrounding community about their plans. The way this entire project has been exposed to the community has been backwards. Then there are the majority, those who live in the neighborhood, educators, families, community minded neighbors who have all done research on the proposal and have voiced their opinions not in fear but in concern. I live across the street from the 9th street site. The City Council is not listening. Get on your bike and ride on the Coyner trail after school or before school tomorrow and see if you think it's the right spot for a first time experiment. I would say that everyone I know in the larkspur community agrees in the idea of the " village " but nobody can understand why it would ever be dropped in the epicenter of commuting children and families. Not to mention bear creek is the biggest elementary school in bend and already has horrific traffic issues. They plan to allow campers to park on Burnside Ave which is a heavily trafficked rd during school hours. Bend already has major safety issues and concerns when it comes to commuting and riding and walking from point A to B. Why put more stress on an area that already has stress? A community that provides a safe place for kids to walk ride safely to practice fields, parks and school?

I don't understand how seeing a well-run camp for houseless neighbors will prevent children from being children. It might actually give them some perspective and compassion their parents lack. Instead of listing all the reasons you've decided it won't work, how about looking for ways to make it work. Here's one example of a neighborhood that came to embrace a tent city in their back yard, where their children play: https://www.latimes.com/california/story/2021-04-08/santa-rosa-neighborhood-went-from-fighting-to-embracing-tent-city-for-homeless

Thanks Jack for your coverage of this GOP event. Your headline leaves me thinking you might be dismissing these provocateurs as being silly for not realizing they are "living in a post-Trump world." Oh how I wish we were truly living in a post-Trump world! His big election fraud lie has poisoned our already broken democracy and his three Supreme Court appointees are about to ignite a full on cultural civil war in this country. He owns the Republican Party. I could go on and on but the point is we will be living in Trumpworld for a long time and any progressive who thinks that because we have a Democrat in the Oval Office that everything's going to be ok is as deluded as the FauxNews watching country club Republicans.

I've been meaning to write about your column, "Screen," to say:  You! Are! Awesome!  Your humor and sense of irony, the way you capture nuances in film, your gleeful response to films that entertain you—all of it, fantastic!


I respect your willingness to watch provocative films that disturb you for days. You never seem to reject that discomfort, but rather ponder and use it. (Major teaching right there.) Your reviews about movies that illuminate the best and the worst of humanity overflow with compassion and honesty. And you tell it like it is without artifice.

Your reviews remind me of poetry and dreams, which give of themselves endlessly and have the power to catapult us into new ways of perceiving.

I learn something new every week from you. You write beautifully, with the courage to share your own vulnerability. I hope you know you and your artistry are loved and appreciated.

Lastly, this week (on 9/9) you invited readers who want to talk or "get big things off your chest" to reach out to you. Movies, it is clear to me, are a vehicle through which you express your stupendous creativity, love and desire to serve.

P.S.: Regarding "What We Do in the Shadows?" Yeah, saw the movie and the series three times now! You sure called that one right!  :-)

Krayna: We heart Jared and his awesome takes on all things film! Thanks for writing in with some encouragement. Film reviewers like feedback, too. Come on by for your gift card to Palate.