Democracy in the U.S. is facing severe challenge as evidenced by extremists using their position, social media and lies to destroy the impact of institutions and political norms—not for altruistic purposes, but to secure power for minority rule. As our democracy has aged, its population has changed from a homogeneous body to a diverse heterogeneous assemblage. This diversity in religion, ethnicity, race etc. can instill fear that "we and our values are being replaced." The solution to this replacement is to suppress voting rights so that a select minority gains power—eventually leading to an authoritarian form of government. 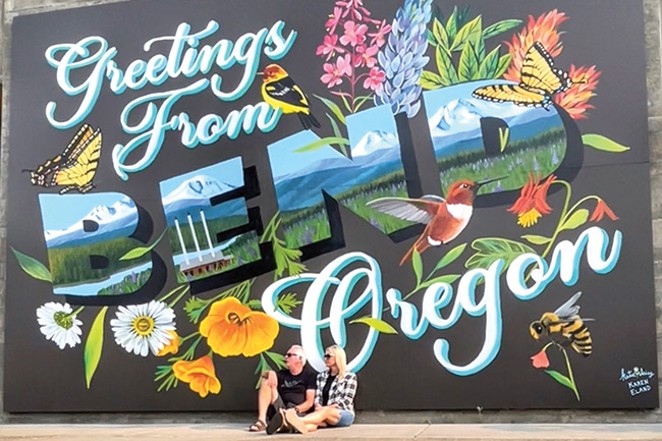 The most flagrant example is the assault on the transfer of power following the supposedly "stolen election." A friend from Taiwan (long a U.S. citizen) remarked several years ago that he tremendously appreciated how America's democracy assured peaceful transfer of power following elections. After the 2020 election that norm is in jeopardy. Election integrity is under attack at federal, state and local levels.

A choice is approaching—the choice of a democratic government or something else. While inflation, supply chain failures and energy costs are serious and impact a large majority, fundamental freedoms, individual rights and democratic principles are at stake in the midterms and beyond. We must elect individuals who acknowledge truth, respect institutions and normative behavior, value individual freedoms and treat all people humanely and with dignity.

Clearly, we have more in common than extremist rhetoric screams. Do not be deceived by lies, conspiracy theories or fear mongering. As stated by others more eloquent than I: "Every man has the right to an opinion but no man has a right to be wrong in his facts." We can and should work together. Democrats, moderate Republicans, Independents and unaffiliated, please vote and vote responsibly for those who will protect our democracy.

The time to save democracy is before it is lost.

I appreciated Rune's timely letter, as I, too, have been pondering this issue.

I recently sent inquiries to 10 Oregon candidates (9 Republicans and 1 Independent) who are running for federal, state, and local offices. I asked them (1) if they agreed with Bill Barr's statement, "We have not seen fraud on a scale that could have effected a different outcome in the election" and (2) if they endorsed this 11/12/2020 statement from the Trump appointed Dept. of Homeland Security: "The November 3rd election was the most secure in American history. There is no evidence that any voting system deleted or lost votes, changed votes, or was in any way compromised."

The third and final respondent was Christine Drazen's campaign. A staffer wrote, "Christine has stated multiple times that she believes Joe Biden won the 2020 election and he is the President."

However, before anointing Ms. Drazen as the Liz Cheney of the Northwest, it should be noted that she recently held a private campaign event at Smith Rock during which the leader of the Oregon chapter of People's Rights spoke.

People's Rights groups hold screenings of "2000 Mules" and can be expected to attract and include Republicans who believe the stolen election myth, AKA The Big Lie. The Washington Post (01/07/22) reports that only 28% of Republicans say the 2020 presidential election was legitimate.


RE: In the Wake of the Safeway Shooting, we Know How This is Going to Go. Opinion, 9/1

I believe people need to be educated on what to do or where to steer depressed, suicidal people in need of help. The shooter's friend and previous coach apparently did not know how to intervene and get him to seek help. As I thought about it, I don't think I would have known what to do. From the KTVZ interview with Justin True, he knew the shooter was a ticking time bomb. Should Justin have called the police? I don't know if I would have because I would think that the police would have just locked him up and because of the lack of funding they would not have got him the mental help that the shooter needed. But if he were locked up, he would still be alive as well as the other innocent people. I guess I will be asking this question or go back to college for master's in mental health counseling to learn how to get the message to people to steer people on what to do when people that they know are suicidal and talking about mass shootings.


Letter of the Week:

Allen – It's encouraging to see that more people are thinking about this important question – what can we do to get help sooner to people suffering. Ideally we won't all have to earn a master's to understand the issue and seek help, but I appreciate the sentiment. I do know that "See Something, Say Something" is a common phrase—which in this case likely meant "Call the police." Come on by for your gift card to Palate.