There is a famous moment in time in the Bible when the people of Moses decided to turn away from democracy to embrace kingship. The so-called Hebrew republic became a monarchy and still existed for a few hundred years after the people chose Saul as their first king.

However, prophets popped up all over the countryside to remind them of the mistake they had made and of the inevitability of the nation's demise.

America will be remembered in the constitutional history books of the future as having made that decision in 2016 when it chose Donald Trump as their leader and committed to him no matter what his portly majesty decided to say or do.

But the Bible has another explanation for Donald Trump's place in American history, one that holds out more hope for the nation. A Trump-like figure by the name of Abimelech succeeded in rubbing out opposing politicians to make himself king for a while well before Saul ever came to power.

The people of Israel figured out Abimelech's duplicity and violence and sent him packing.

It is not entirely clear yet if Trump is Saul or Abimelech. My hope is with Abimelech, but my money will be betting on Saul. The American people don't have much political savvy left in them these days at all. 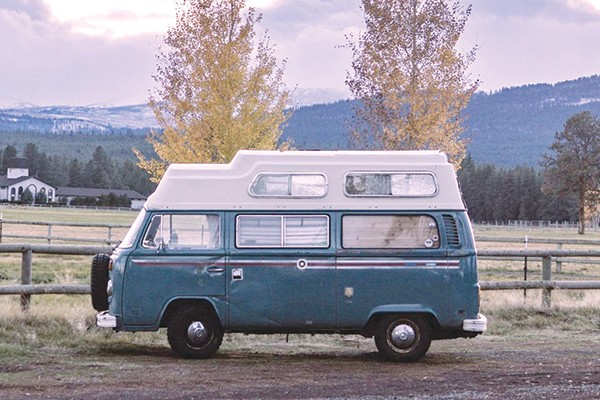 Why are private insurance companies spending millions of dollars on clever/seductive ads for "Medicare" Advantage Plans (APs)? Answer: Obscene profits – it's the most lucrative niche of the insurance market!

Traditional-Medicare pays 80% of all medically necessary procedures from almost all doctors/hospitals anywhere in the country. Strictly regulated Medigap insurance can be purchased to cover most/all of the remaining 20%. CMS direct-pays providers for services—no advertising/no middleman/no networks!

APs: Bush's 2003 Republican Congress passed a bill to start privatizing Medicare—enter APs—greedy middlemen. Predatory/private/for-profit insurance companies are NOT Traditional-Medicare and NOT bound by the same coverage-protections/guardrails.

The two dirty-little-secrets about how APs profit which allow them to offer perks (Dental/Vision/etc.) as a marketing ploy:
1). APs are guaranteed payments based on member risk-scores, whether or not people get sick or receive care. Companies exaggerate conditions/codes to increase risk-scores producing reimbursements that are above the cost of delivering care. 2). Members are subject to pre-approvals and are routinely denied care. Most remain oblivious to the dis-advantages until they age and/or become sicker when they're denied care, go out-of-network and/or incur hidden costs.

Federal agencies report that APs are systematically draining the Medicare Trust Fund. Audits prove overpayments and hundreds of BILLIONS of dollars in private-insurance profits. The DOJ is currently scrutinizing some APs for fraud and over-charging. Investigators also found evidence of widespread/persistent problems with inappropriate denials of care (tens of millions annually). Mayo Clinic now won't accept APs and most don't include any National Cancer Institutes.

It's unacceptable that APs are gutting the Medicare Trust Fund for everyone while also having the unregulated power to deny health care for their members—both solely for profit!

Deputy District Attorney Swart was responsible for sending tracking data from Washington's cell phone to the Defense in this case. He did not read the warrant carefully and sent everything that was initially taken from the phone by the police during their investigation. In court, he essentially challenged his own error with regards to this matter - and the trial judge directed Mr. Swart to cease in his long-winded questioning and simply "get to the point". Given outgoing DA Hummel's truly inane posturing early on in the public eye - if this case goes to the Defense it will be in large part due to Swart's performance.

As for Mr. Cranston - Manslaughter in the First Degree per the Oregon Statute - guilty. It will be the video evidence which includes the four stationary and secure camera angles that will determine the outcome of this case.

Mr. Cranston could have and should have grabbed his fiancee and broken contact with Mr. Washington. His BAC was under .08% per earlier reports and he had avenues of "escape" open to him. His having a CCW at the time mandates by training that he be fully aware of the responsibilities of carrying a firearm - to include NOT taking it into a bar drinking at the same time - the jury will take all of this into account.

And it makes little to no difference whether Washington was ever gang-affiliated or had previous run-ins with the law in California. Cranston himself was busted on a drug related charge as the public record shows. What matters is what Cranston did, or failed to do, with respect to the level of force he used.


RE: Inflation and Corporate Greed Letters, 11/3

A letter in the Nov. 3 Source stated: "High inflation is stated as a flaw of current administration policies. A closer inspection of factors influencing inflation presents an alternative culprit—massive corporate profits." The letter writer overlooks the fact that our current administration is one in which we should expect corporations to run rampant, given that President Biden hails from the most corporate friendly state in the nation, Delaware, and that he rose to power facilitating corporate predation and venality. Delaware has more corporations than voters. Incorporation fees constitute the second largest share of the state's revenue. Corporations set up holding companies in the state to avoid paying higher taxes in other states and to take advantage of pro-corporate regulations. With Biden as senator, Delaware established banking laws that uncapped usury fees. He backed the Riegle-Neal Interstate Banking and Branching Efficiency Act, which repealed regulations set in place after the Great Depression and paved the way for the financial crash of 2008. And he served as Vice President during the Obama administration, when culprits for the 2008 crash received taxpayer-funded bailouts instead of prison terms, and when Obama named virtually his entire cabinet based on suggestions given to him by Citigroup, itself a massive recipient of Obama bailouts. But please don't take this information as an endorsement of any Republican, a party that bears even greater responsibility for the state of our plutocratic kleptocracy.

Matt: More interesting info from last week's Letter of the Week. You get it this week! Come on by for your gift card to Palate.